Another sinkhole opens in Seffner, Florida, the town where Jeff Bush was killed 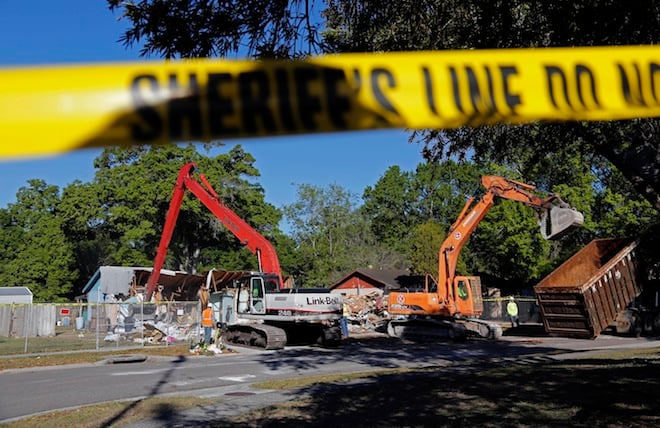 Another sinkhole has opened in Seffner, Florida, the same town where Jeff Bush, 37, was killed in late February after a sinkhole opened under his family home while he was asleep in bed.

This latest sinkhole opened between two homes less than two miles from where Bush died. It is 2.5 metres (eight feet) wide and three metres (10 feet) deep.

A family in one of the homes next to the sinkhole was evacuated Saturday as a precaution, reports the Tampa Bay Times.

Residents told ABC News that they were shaken after the discovery. “I was scared that maybe it would be our house next,” Gabriella Pazmino, the 11-year-old girl who located this latest sinkhole, told ABC News.

No one was injured.