Are high gas prices good for the auto industry?

You wouldn’t think so, what with GM threatening to close down a truck plant in Oshawa and the U.S. auto industry complaining of the worst sales in years. But an article on the Wall Street Journal website (subscription required) says it could turn out to be a blessing in disguise. 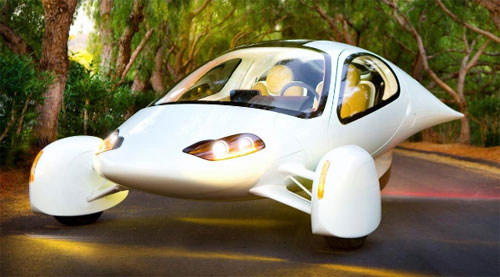 Why? Because according to Mike Jackson, chairman and chief executive officer of AutoNation, the biggest car retailer in the States, high gas prices are causing a huge disruption in an industry that was beginning to get a bit staid. While our televisions have become high-tech flat screen marvels and our music players have shrunk to credit card size, we’re still driving cars that work on basically the same combustion engine Henry Ford was using back in 1908.

Jackson notes that rising gas prices may force car companies to stop trying to sell cars based on power and prestige, and focus more on new technology and true innovation. I think he’s right. If our cars start evolving quickly in fundamental ways, as they transition to totally new technologies such as fuel cells, it could be great for the industry. Not only will it make cars much more exciting, but if they evolve quickly, it means they’ll become obsolete quickly, just like computers and iPods.

If I were an executive at GM, the thought that consumers might start upgrading their cars every three years to get the latest fuel-saving technology would have me drooling in anticipation.