Better to swallow a coin than to spit it out?

If your child swallows a coin and it gets stuck in the throat, don’t be surprised if the emergency room doctor makes them swallow it instead of spitting it out.

In a new study, a team led by Dr Joseph Leo Arms from the Children’s Hospitals and Clinics of Minnesota studied the outcomes of 620 patients, with an average age of 3.7 years, treated over a 12-year period who had a coin stuck in their esophagus. In 372 cases, bougienage was used: with this procedure (which can take five seconds or less), the coin is pushed down into the digestive tract and eventually passes out of the body on its own. No anaesthesia is required, except maybe a spray at the back of the child’s throat.

In the other 248 cases that the team examined, patients were treated with endoscopy. In this procedure, which requires general anaethesia and is performed in the operating room, an endoscope is inserted into the throat to grab the coin and pull it out, according to Arms’ report, which appeared in the Annals of Emergency Medicine.

This research shows that endoscopy was more successful than bougienage—while endoscopy succeeded in all but one patient, bougienage failed for 17 (who were then all successfully treated with endoscopy). However, “although several management options are available, in properly screened patients, bougienage is highly successful and safe and may provide significant savings of time and money,” the team concluded. 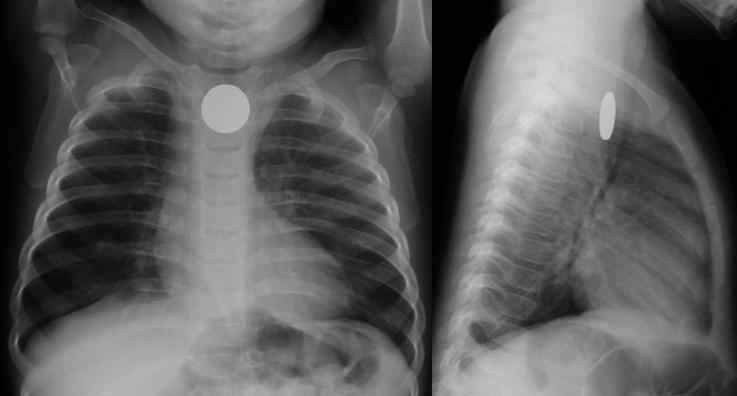