Chrétien and Bouchard, sitting in a (very expensive) tree 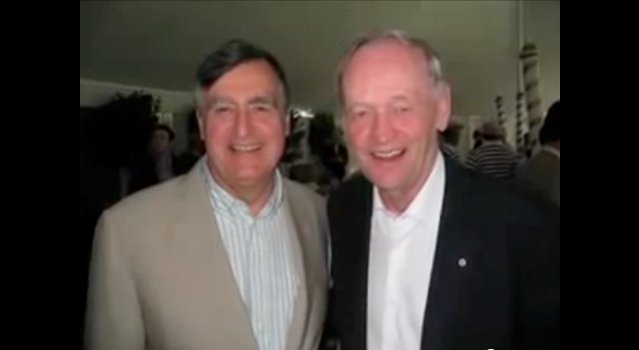 Remember the 1995 referendum? How could you forget. Separatists threaten to rip a province from the bosom of Canadian confederation! Skullduggery, political intrigue and uncertainty abound! A country teeters on the abyss!

Ok, so maybe it wasn’t that exciting, but still: October 1995 was a welcome blast of uncertainty in the often Camry-grey, pleasantly predictable machinations of Canadian politics—”one of the most intense moments in Canadian history,” as Breaking Point, the excellent CBC doc on the subject, puts it. Most people of a certain age can remember where they were (me: fourth floor, Harper Residence, Mount Allison University) and what they were doing (me: watching Peter Mansbridge, learning how to curse out Quebec in Acadian French) and how the night ended (me: blind drunkeness.) And much of that drama was provided thanks to arch-enemies Jean Chrétien and Lucien Bouchard, who spent the better part of thirty days bashing away at each other over the fate of the country.

Weird, then, to see the two all chummy-chummy together at a very swishy 2008 party hosted by Paul Desmarais, ardent federalist and noted rich and powerful type who lords over the aptly named Power Corporation. Video of the shindig, leaked by Anonymous, documents the decadent birthday party for Desmarais’s wife, Jacqueline. There are some seriously questionable bits (more on this later), but for political types none is more saddening than seeing these two supposed arch-enemies practically arm in arm and grinning like school children at recess.

Back in 1995, when the stakes were markedly higher than lobster or lamb as a main course, the tone of Chrétien and Bouchard’s exchanges were always heated, the language often salty—at least as far as these things go. Chrétien, for example, dismissed Bouchard’s sudden, enormous popularity as a sideshow stemming from having his leg amputated:

“He came close to died [sic] a few months before, and he was handicapped suddenly, and whatever,” Chrétien says in Breaking Point. “People thought he was the messiah. And, you know, people were asking him to bless the Quebec flag. Come on.” Bouchard, meanwhile, said of Chrétien: “He wants to crush us. He likes to crush people. That’s how he sees us.”

It invokes a certain cynicism, seeing the two of them together like this, in a setting like the Desmarais’s Saguenay-area palace. They were sworn enemies for so long, over something as crucial as the fate of an entire country. For what they put us through, they shouldn’t be in the same room without the fur flying, much less be photographed together wearing war-buddy smiles. Their convictions melted, and those smiles bloomed, for the sake of a garish birthday party of the wife of a very rich man.

And about that party.

The middle third the video is dedicated to the après-souper entertainment, in which oodles of musicians, entertainers and dancers paraded in front of Desmarais, his wife Jackie, and George H.W. Bush (!). Believe it or not, the most questionable number wasn’t when some poor schlub was made to rhyme off the names of the Desmarais-owned newspapers to the tune of Beat It. (“La Presse, Le Droit, et Le Soleil, La Tribune de Sherbrooke, Le Quotidien de Saguenay, Nouvelliste de Trois Rivière, La Voix de L’Est de Granby, just beat it.” I kid you not.)

A slight more pungent was the blackface. You see, in her youth Jackie Desmarais was a big Al Jolson fan. “That was the great era of Al Jolson,” Jackie says in a voiceover accompanied by a soothing tickle of the ivories. “And so we used to blacken our faces and come down on Sunday mornings and sing… all those songs.”

Jackie’s reverie is then recreated on stage by a woman singing Jolson’s “Swanee.” In blackface. In 2008. 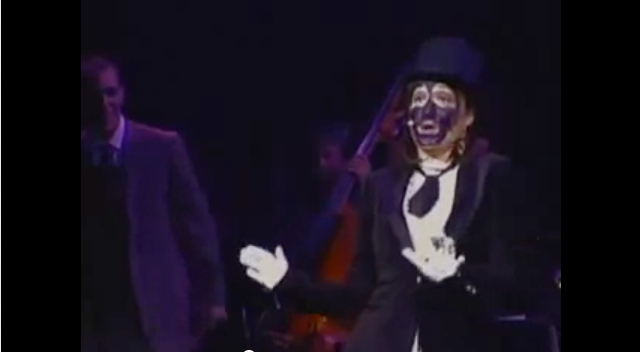