Is Jean is declaring war on Harper? Or did he declare war first?

UPDATE: GG has put out a press release saying it was all a mistake long-planned relaunch of the website.

The GG.Ca site went dark overnight. The link Geddes has in his post no longer works. The site is working now, very slowly. The splash page when I woke up this morning was a massive picture of Michaelle Jean at the UN. The page bore no resemblance to standard gc.ca website. There was, though, a link to a Heritage Canada page with a picture of the Queen on it: Note: Last night, it was impossible to find a reference or photo of the Queen on the GG website.

The new site has another new splash page, with three photos of Jean. No other links are working at this time — they are clearly loading the pages on the fly.

Is Jean is declaring war on Harper. Or did he declare war first? And how much of this goes back to the crisis of last fall?

Of course, anyone who knows what is really going on should write me jandrewpotter@gmail.com

UPDATED WITH A QUESTION:

Geddes above/elsewhere is making the operationalist claim that someone who walks/acts/speaks like a head of state must be one. But here’s a question, which I’m told Michael Bliss raised during the crisis last fall:

What happens if Harper asks the Queen to dismiss the Governor General?

UPDATED WITH A PIC:

This is what the site looks like at 10:27. Totally off the reservation: 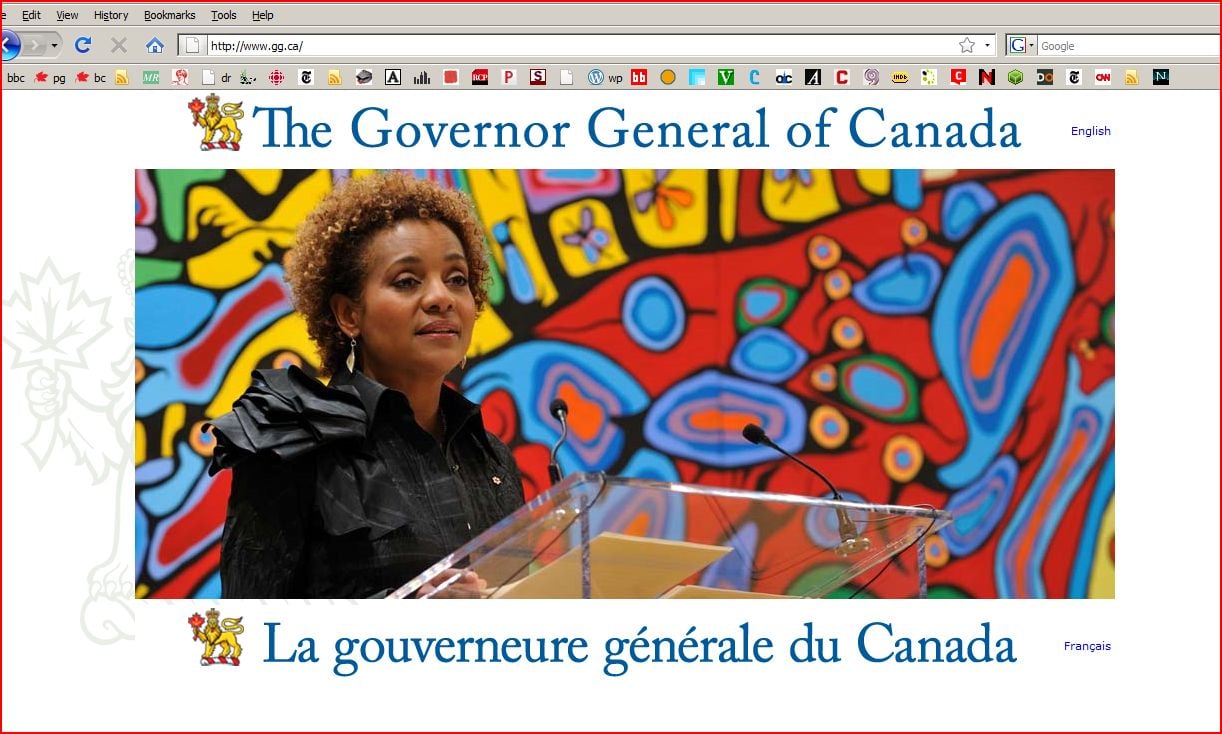