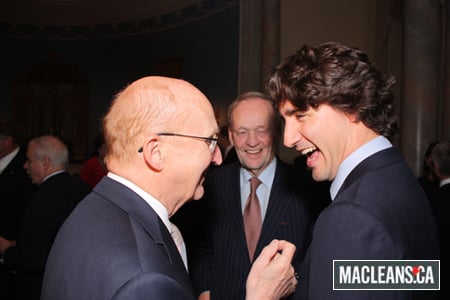 CTV legend Craig Oliver held his 70th birthday bash at the Fairmont Château Laurier ballroom. The event raised $100, 000 for the W. Bruce Jackson Endowment for Fellowships in Ophthalmology at the University of Ottawa. Oliver is legally blind. 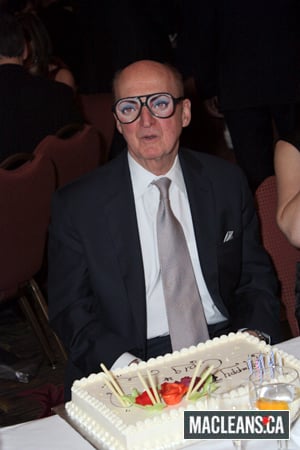 Political heavyweights were out in full force: Stephen Harper, Jean Chrétien (and note Michael Igantieff in the background). 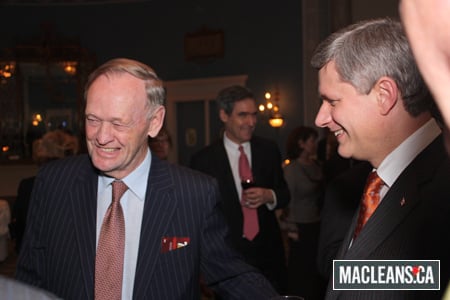 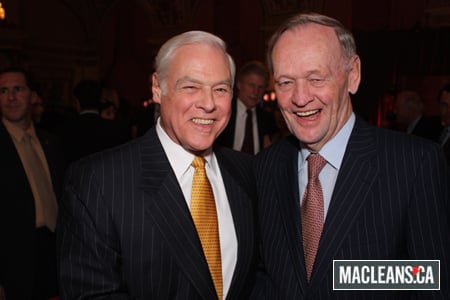 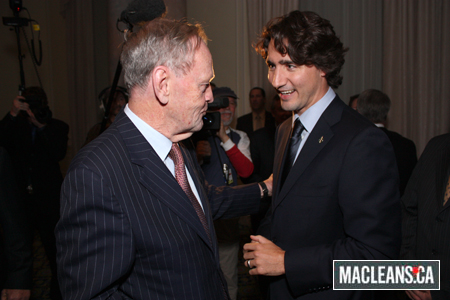 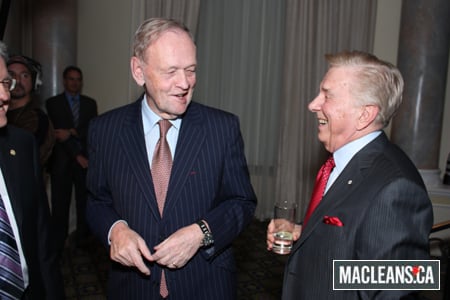 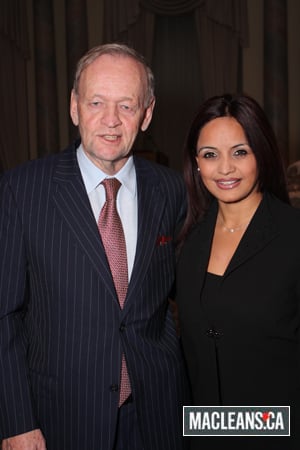 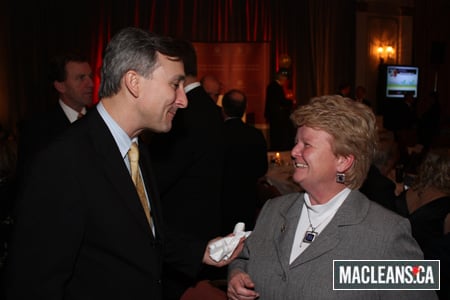 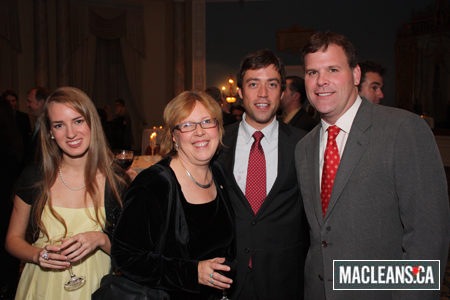 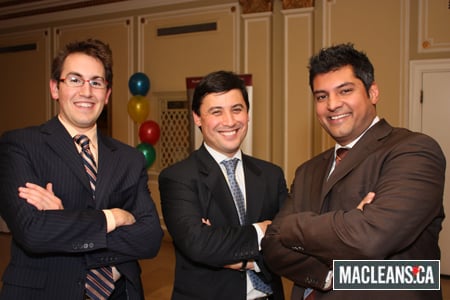 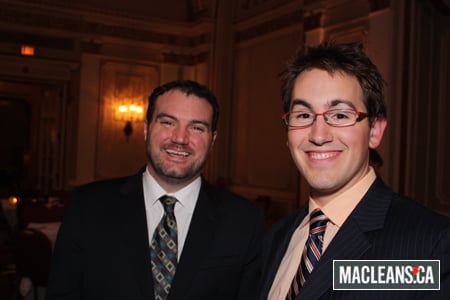 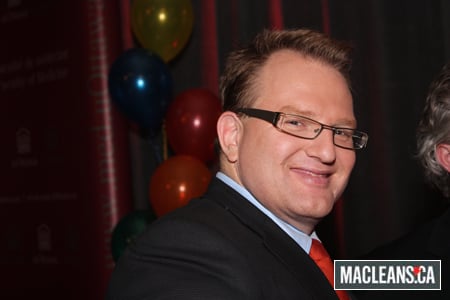 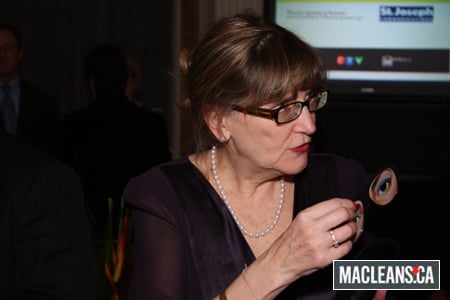