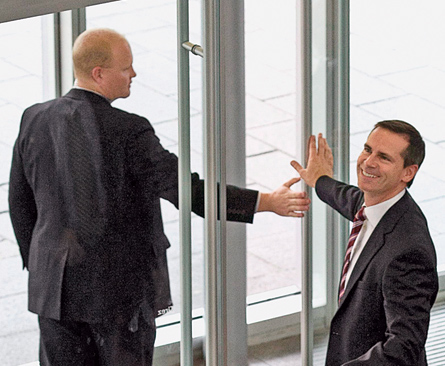 In the course of his 5½ years as premier of Ontario, Dalton McGuinty has made any number of missteps, wrong turns, and downright pratfalls. He has raised taxes (when he promised he wouldn’t), ramped up spending at an alarming rate, and repealed rather than obey the province’s balanced budget law. He has handed out hundreds of millions of dollars to failing automakers, picked pointless fights with the feds, and overseen the province’s decline into have-not status.

And through it all, the Progressive Conservative opposition was largely docile. Oh, it would throw out an attack line here, promise to get tough on crime there, but in the broad strokes there was very little to distinguish the Conservatives under John Tory from the McGuinty Liberals, and the whole province knew it. McGuinty’s policies were the Conservatives’ and vice versa.

So what happens when McGuinty, after 5½ long years of unopposed incompetence, finally gets one right—and not just right, but spectacularly, gloriously right, right on a matter of huge importance to the province’s future, right in substance, right in timing, and right in a way that conservatives, if not Conservatives, ought to be cheering to the skies? Ah, that’s the point where the Conservatives decide to stand and fight.

I speak, of course, of the McGuinty government’s recent decision to harmonize the province’s retail sales tax with the federal GST—part of a budget that also promised significant cuts in personal and corporate income tax rates. Not that the budget itself was beyond criticism: spending, already careening out of control, will soar to new heights—an 18 per cent increase in two years—while the de?cit, at $14 billion, steers the province perilously close to the fiscal precipice. But again: of all the things in the budget the now leaderless Conservatives might have attacked, which one did they choose? You guessed it. Sales tax reform.

Launching his campaign for party leader, MPP Tim Hudak, the acknowledged front-runner, vowed to fight harmonization—or in Tory parlance, “this tax grab”—“tooth and nail.” Not far behind, MPP Christine Elliott, his nearest rival, condemned the Liberals for “bringing in this tax now when hard-working Ontarians are having their wallets stretched thin.”

That’s just one of the many ironies in this situation. Swathed though it may be in the usual self-?attering rhetoric, this budget amounts to an abject confession that, indeed, Flaherty was right: with one of the highest marginal effective tax rates on investment of any jurisdiction in the world, according to calculations by the C. D. Howe Institute, Ontario is a comparatively lousy place to invest. After McGuinty’s belated conversion to tax reform, it will be closer to the international average. Yet just as the provincial Liberals are coming around (shame it took a brutal recession to do it, but never mind), the provincial Tories are headed the other way.

In many respects, we are replaying the original fight over the implementation of the GST, more than (sigh) 20 years ago. Then as now, what was being discussed was not a new tax, but the reform of an existing tax. Then as now, the critics’ loudest complaint, that the tax would apply to a broader range of goods and services than before, was in fact one of its strengths: the broader the tax, the fewer the exceptions, the more people make choices based on the real costs and benefits of different products and investments, rather than gaming the tax code.

Then as now, the more legitimate concern, that sales taxes impose a heavier relative burden on the poor, was more than offset by the provision of beefed-up tax credits to low-income households. And then as now, the opposition shamelessly demagogued the issue. It was the federal Liberals then. It’s the Ontario Conservatives now. As, at various times in between, it was also the federal Conservatives and provincial Liberals: each has campaigned against the GST, or its provincial equivalent, when it suited them.

It isn’t as if there’s much division among expert opinion on this. Economists are as unanimous as they can be, not only on the merits of consumption taxes over income tax, but of value-added taxes like the GST over retail sales taxes. Ontario’s current sales tax, because it applies to many (though not all) of the inputs that businesses use, cascades through the various stages of production. Some of this eventually falls upon the consumer, haphazardly. But much of it amounts to a tax on investment: you know, the stuff that makes economies grow.

By eliminating this tax on inputs, via the GST’s familiar system of input credits, the Howe analysts estimate that harmonization alone would cut nearly 11 points off Ontario’s effective tax rate on new investment by 2012. It’s the single most positive thing the province could do to improve its competitive position. But what is that, compared to the delights of shouting “tax grab”?

It isn’t as if the provincial Tories themselves are unaware of this. But they calculate that the voters are too stupid to understand the arguments, and the media too lazy to explain it to them. Damn them for their cynicism, but damn all of us if they’re right.