Genocide remembered on the Hill

The Congress of Canadian Armenians recently honoured MPs who had voted in 2003 to support a private member’s bill recognizing the Armenian genocide. 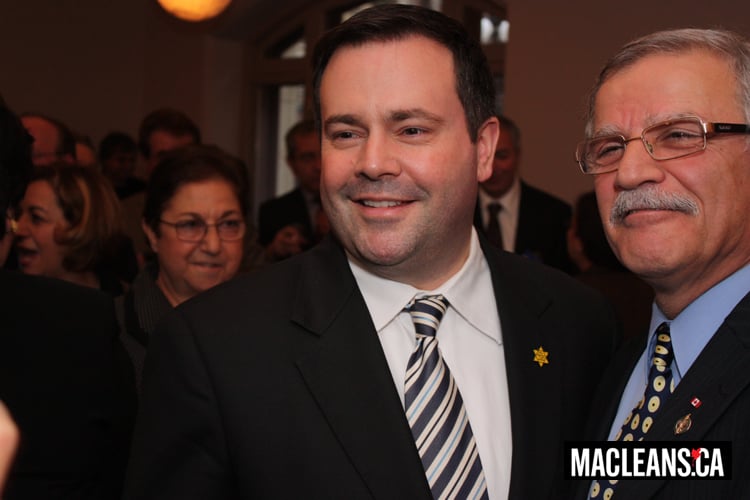 Liberal leader Michael Ignatieff is greeted by Azad Chichmanian of the Congress of Canadian Armenians. 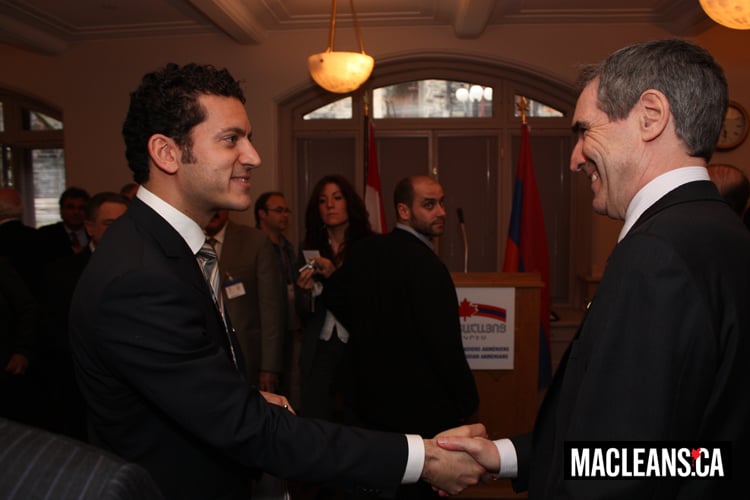 Iggy with Taro Alepian, chairman of the Congress of Canadian Armenians. 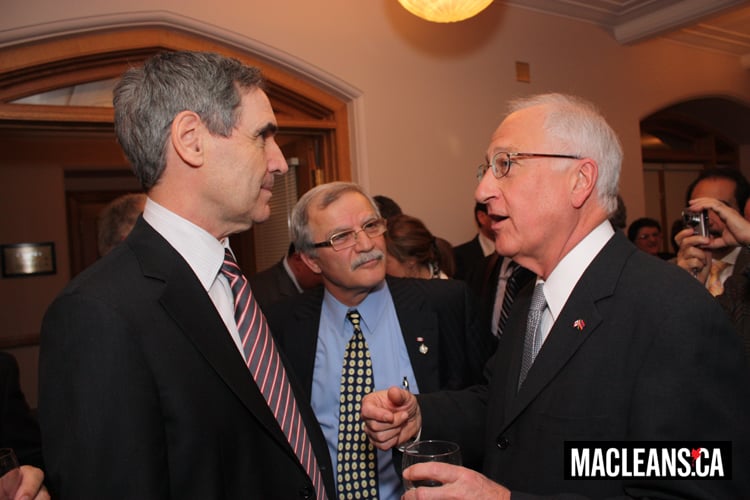 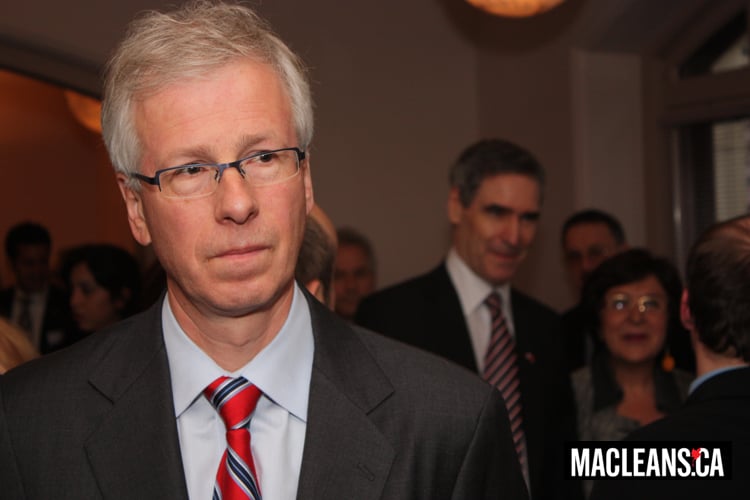 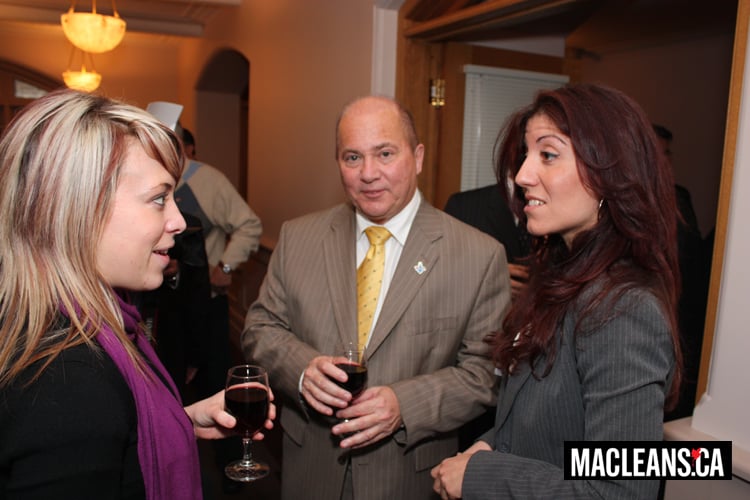 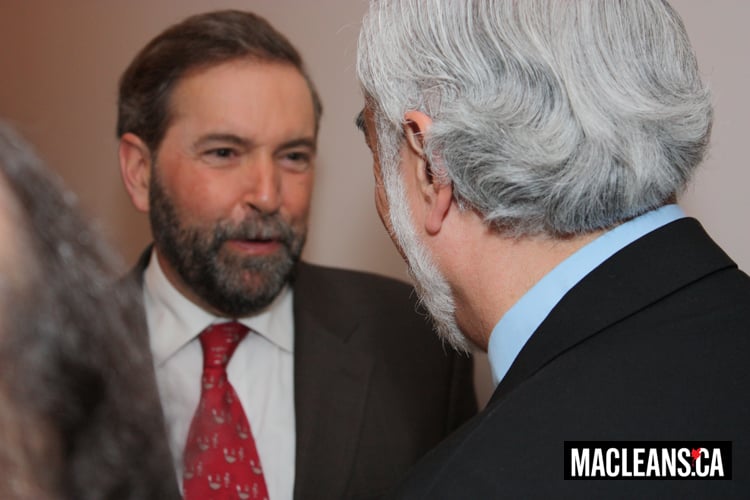 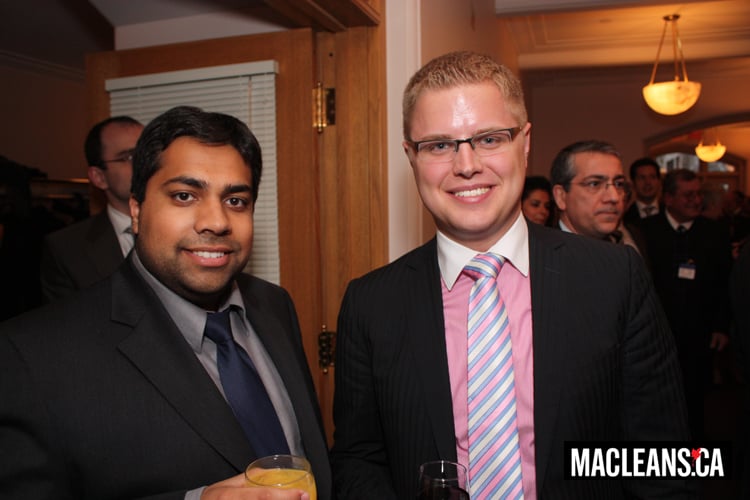 Plaques given to MPs who were at the 2003 vote—and voted in favour. 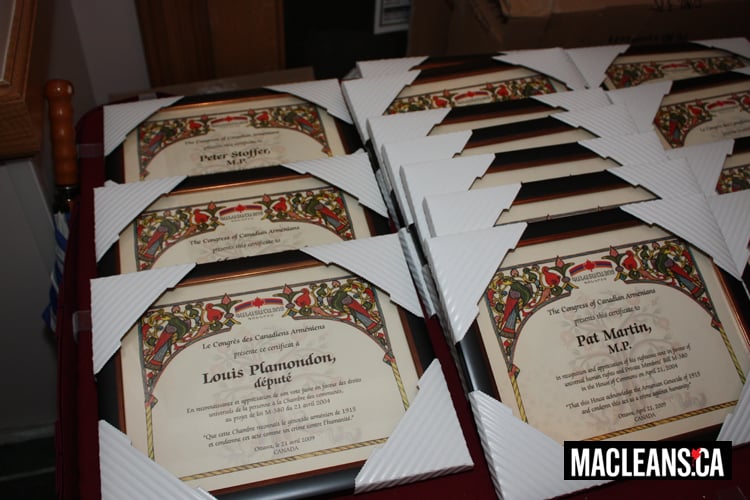 At the same time Tamils were on the Hill protesting the Sri Lankan government’s attack on separatist fighters and accusing the government of genocide. 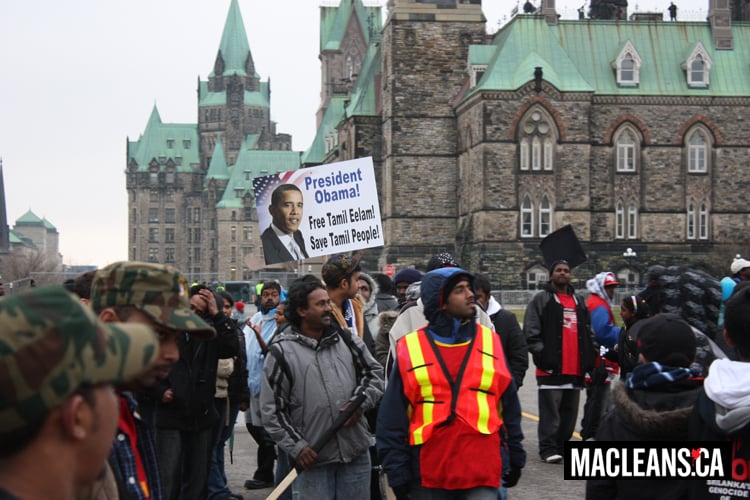 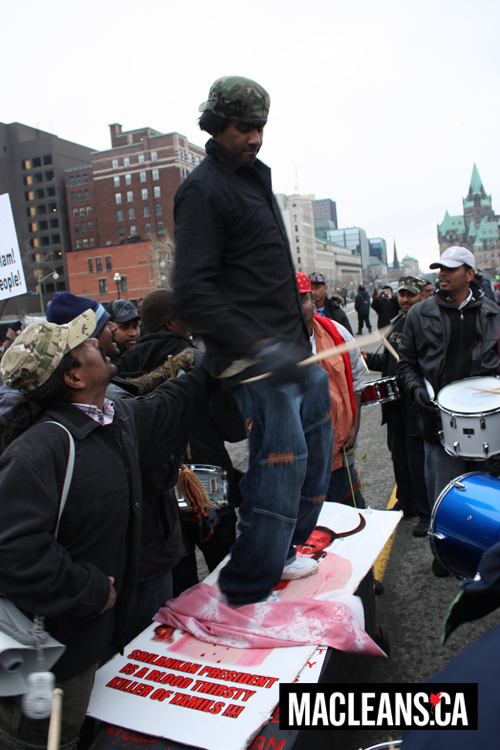 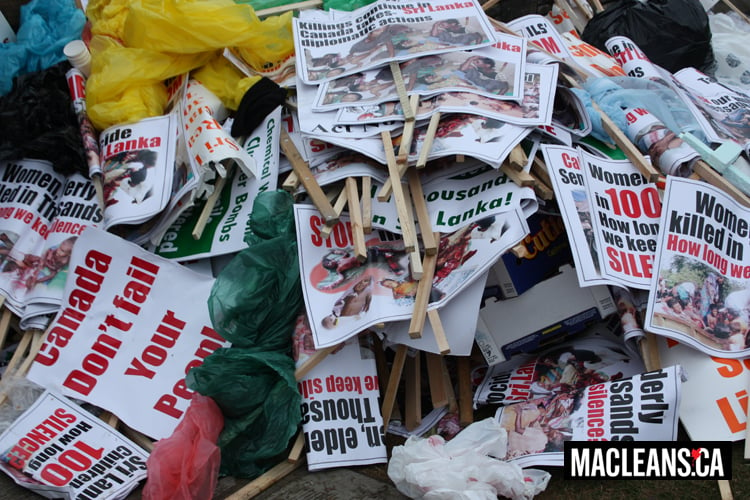