Getting the band back together (UPDATED) 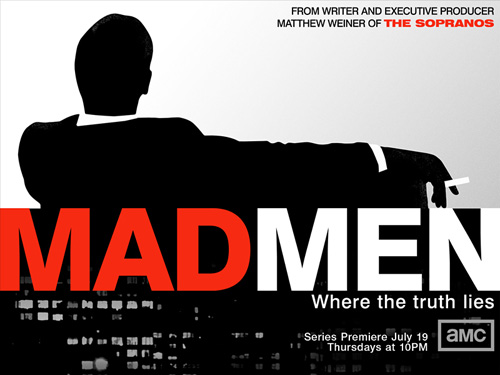 UPDATE: Go now and read the Daily Beast’s interview with Matthew Weiner. He’s unquivocal about the fate of some of the characters,  unsure of some others.

I gorged on Mad Men and meatballs last night, making supper while catching up on three previous episodes before  the second showing of the season finale on AMC…

I was surprised to see a story arc that was so clearly headed for one disaster or another end on such an upbeat note. And what it signifies, it seems to me, is the triumph of the demands of the show’s  internal narrative over realism.

Over the course of the season, the S-C team we’d come to love was falling apart. Joan was gone, Sal was gone, Peggy was sleeping with Duck and would, obviously  eventually go to work with  him. Set against the Kennedy assassination and then the murder of Oswald, a disintegrating S-C was clearly being set up as a microcosm for America. Things fall apart, the center cannot hold, etc. etc.

The only real question was just how bad things were going to get. As NYMag wrote in their setup for last night’s show, any of the following could happen: Betty could die, Peggy and Duck could get married, Don could get fired, Don and Betty could break up, baby Gene could die. Add Roger’s uncertain ticker to all this (he could die!), the fact that Bert Cooper is ancient (he could die!)  the teacher’s epileptic brother (he could die!) and it seemed pretty certain that someone was going to die. You know, parallels with Kennedy and all that.

Except somewhere along the line, the writers lost their nerve. No one died. Yes, Don got fired, but in a good way. Duck’s professional inducements to Peggy will go unrequited. Don and Betty broke up (again), but you know her fling with the creepy political operative isn’t going to last.

And so it ended instead on a note far more jolly than we had been given any right to expect. The core of the show is back together, in a startup no less, jammed together in a hotel room and flying by the seat of their pants, just like when they were young and ambitious. Trudy brought sandwiches, Don and Roger made up, Don and Peggy made up, and Don even told Betty he wouldn’t fight her, which is sort of like making up. All that’s left for next season is for Sal to get the call to come and run the art department, Burt Peterson to get his old job back, and for Adam to come back from the dead.

It’s not that I didn’t like it, but it struck me as altogether too satisfying. Life just isn’t like this. In real life, people you care about deeply leave you and don’t come back. At work, people get demoted or miss promotions, they leave for other opportunities or just to save face, and life goes on. It sucks, but that’s what it means to live a life. The preposterous deus ex machina of Lane Pryce’s power to sack them all only underscored how much the show turned into a soap opera last night. Apart from Don and Betty’s relationship, the only real tension driving next season will be the divisions between the chosen core of the new firm, and the resentments over those who were left behind.

For a show that has so clearly telegraphed its socio-political thematic ambitions (treating old-style ad agency Sterling Cooper as a microsm for the old America that is dying, giving way to the rambunctious sixties), to set a narrative of rebirth against the Kennedy assassination seems a bit perverse. In fact, what was so remarkable about this last episode is how quickly Kennedy’s death has been forgotten, or at least shunted to the background. I expected that the widespread sense of America’s imminent collapse would have been paralleled by the declining strength and courage of the male characters themselves, but instead we were treated, in the last few episodes to a bunch of scenes of the men looking at the shaky women and saying “everything’s going to be ok.”

Of course, we know it won’t be, not for a long time. America is heading into the most intense six years of its history, and Sterling Cooper Draper Pryce Campbell  will be right in the thick of it.