The Girl Guides of Canada were on the Hill celebrating their 100th anniversary by handing out cookies to MPs and then holding a reception in 200 West Block. Below, Liberal MPs Mark Eyking (right) and Denis Coderre sample the goods. 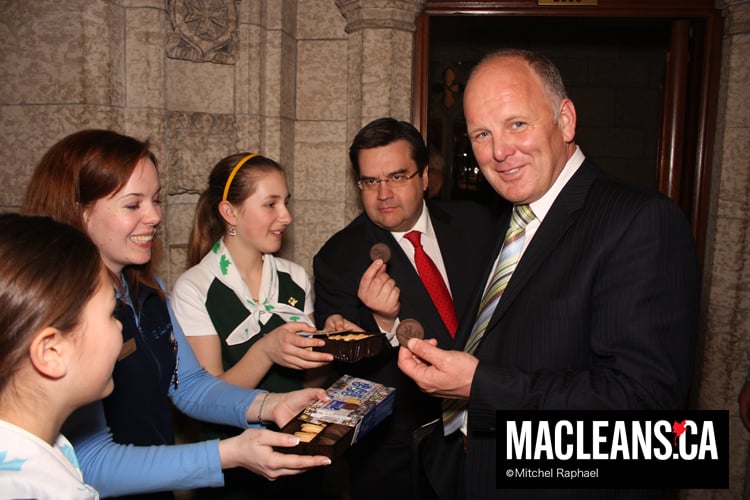 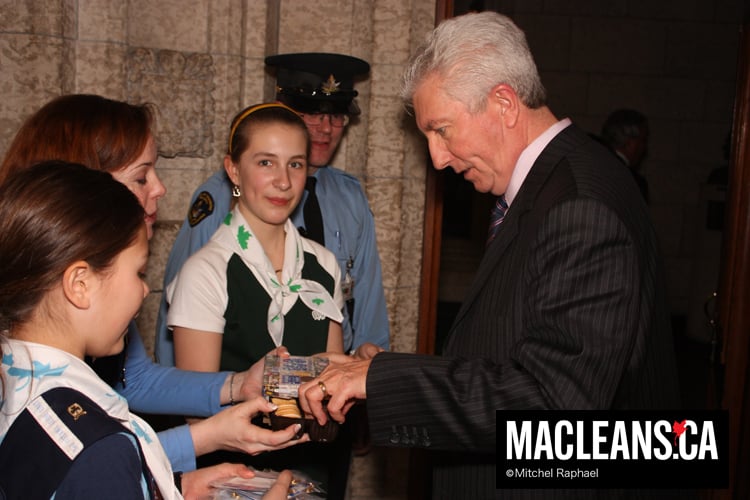 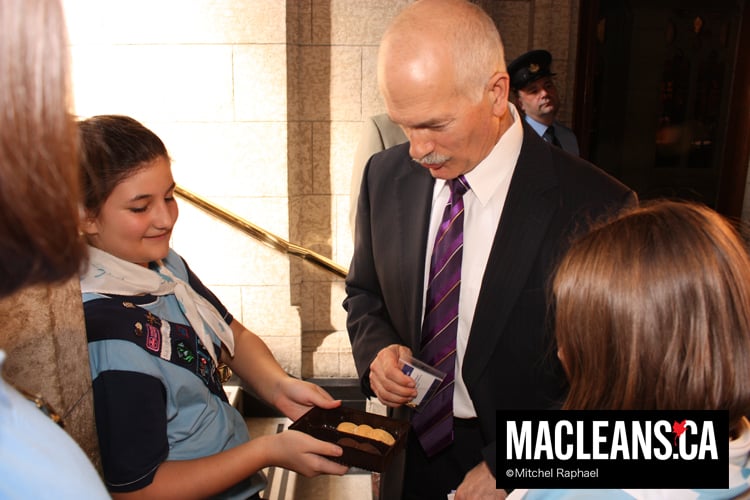 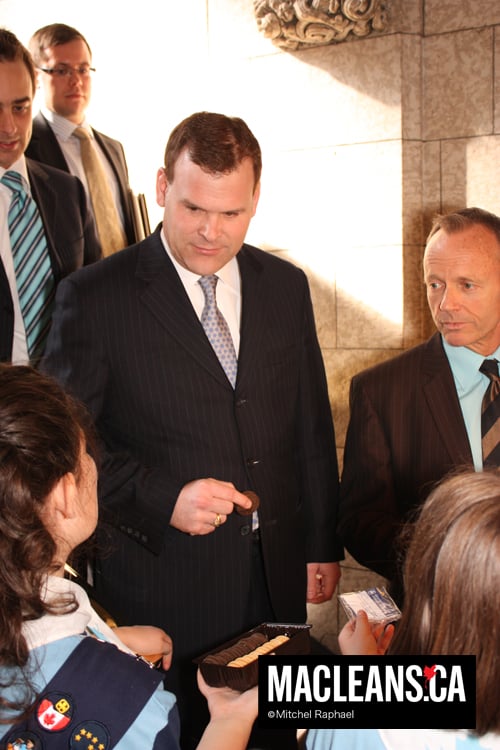 The party in West Block. 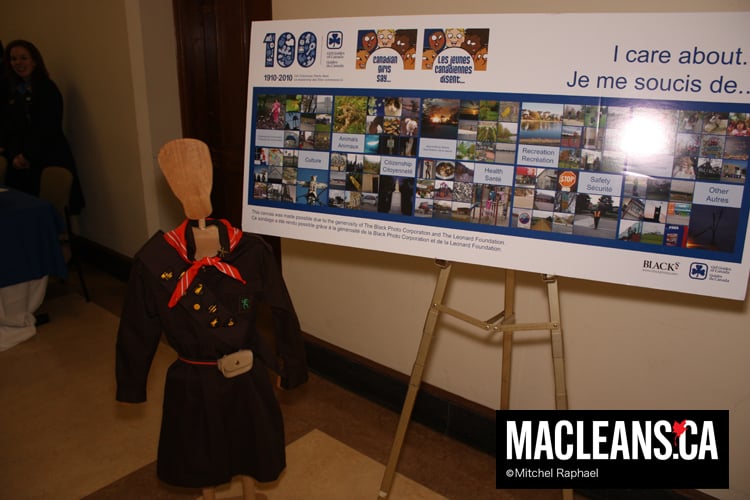 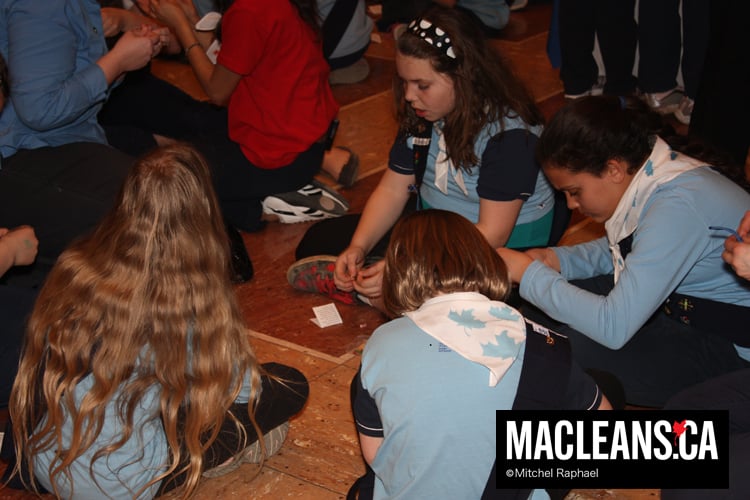 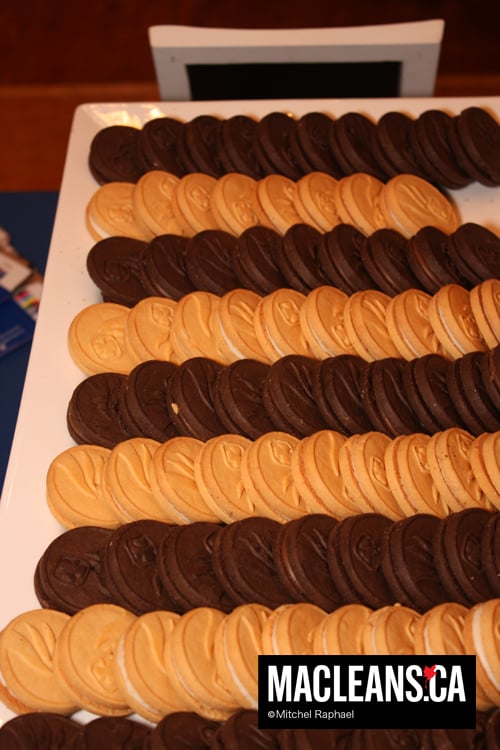 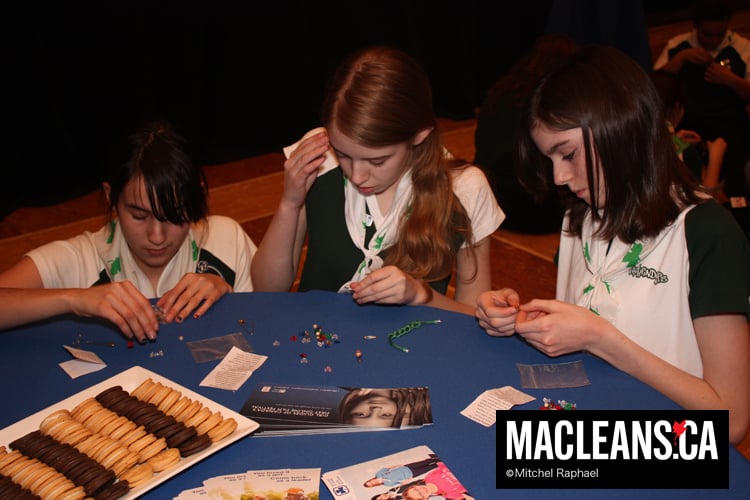 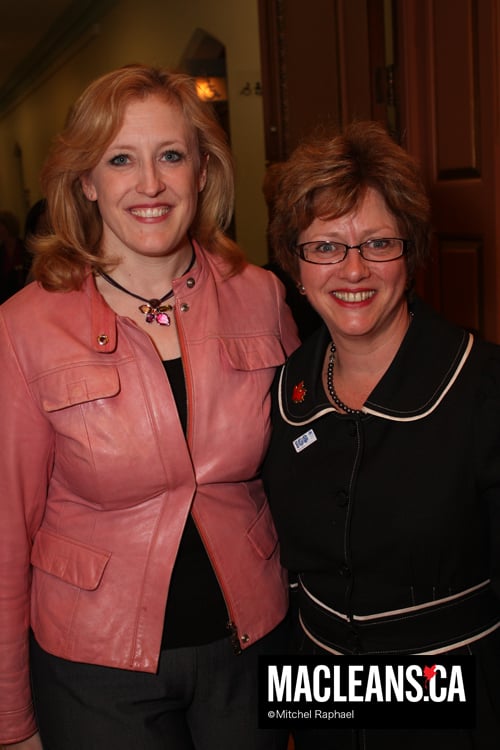 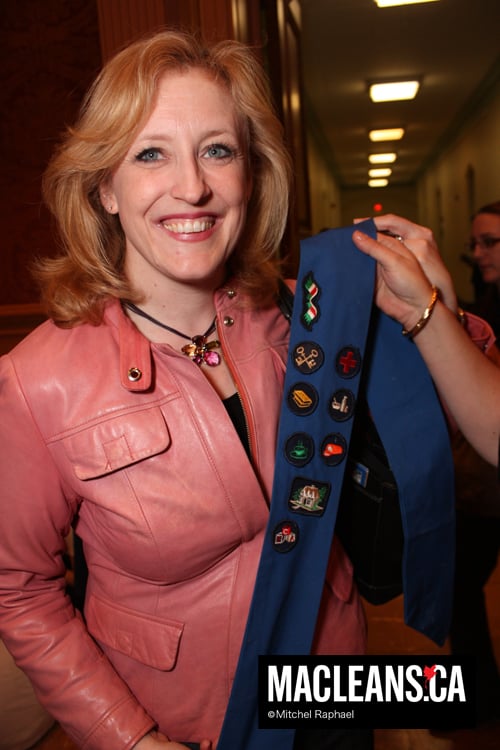 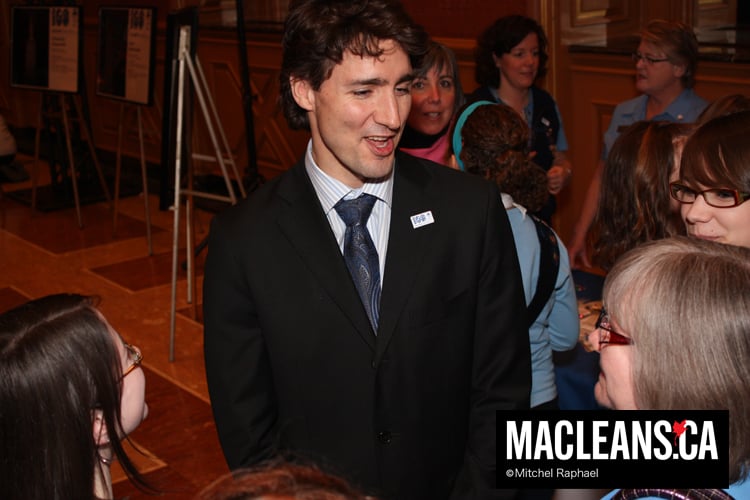 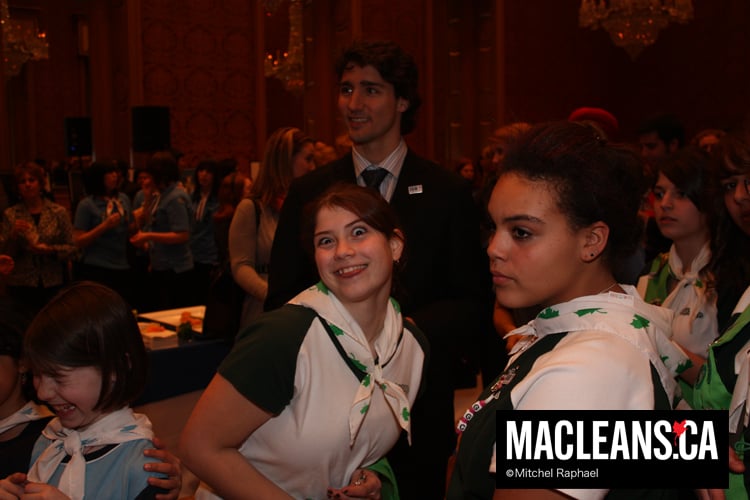 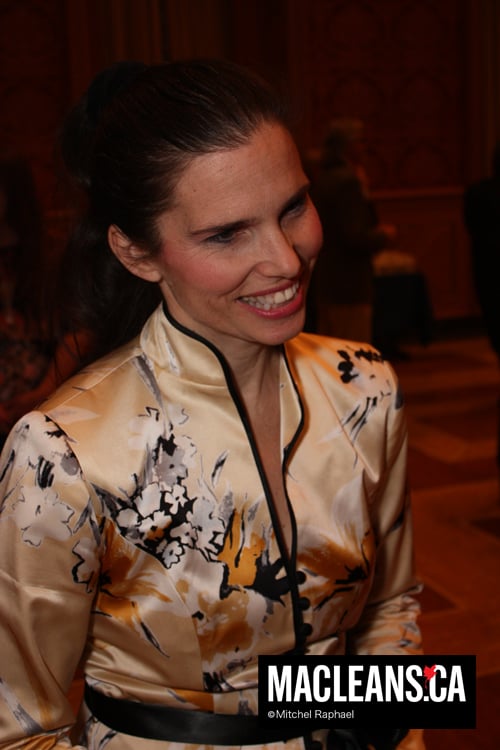 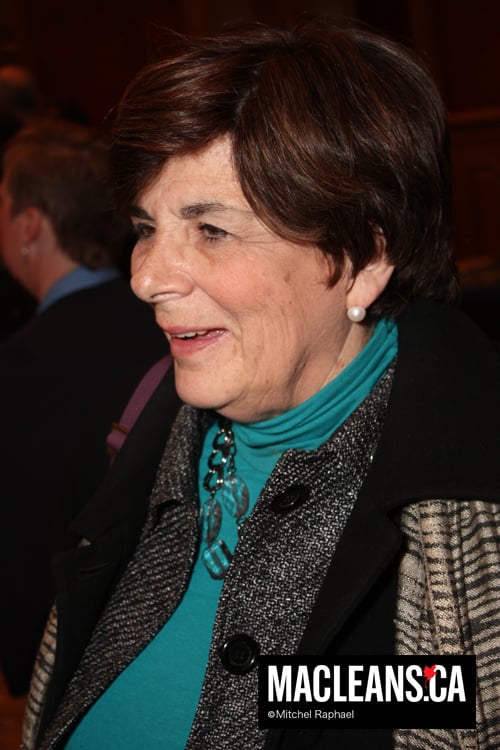