A ‘defender of the weak’, she had a strong, nurturing way about her. She helped others as a social worker and a Wiccan priestess. 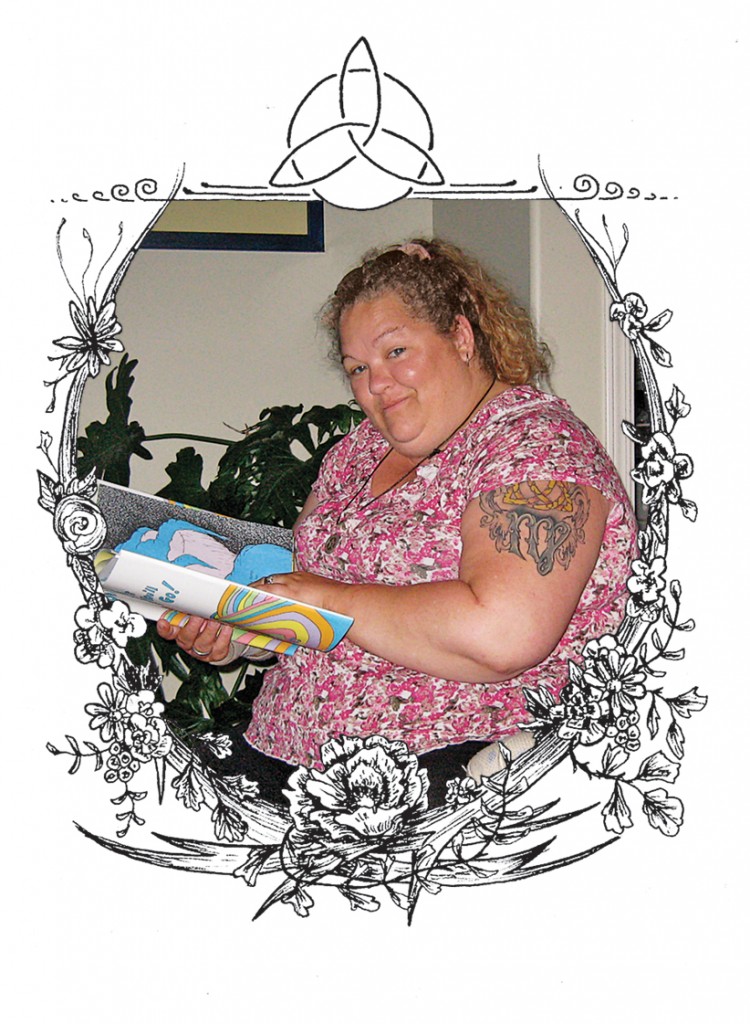 Heather Arlene Carr was born on Sept.6, 1974, in Kamloops, B.C. For her mother, Judy, it was a long, difficult birth, one that her father, Jack, a trucker, missed because of work. She was the first of four children and, along with her sisters, Sheri and Stacey, she doted on her younger brother, David. From an early age, Heather had a strong, nurturing way about her. She referred to her siblings as “the kids,” says Judy. “She was my little helper.”

Heather, like her father, was an avid reader. Bursting with imagination, she often read or made up stories for her brother and sisters. Fantasies and ghost stories were favourite subjects. In 1982, the Carrs moved to Tumbler Ridge, B.C., where Jack got work at a grocery store. Heather was a pudgy girl, with coke-bottle glasses, and different. Though fearless, she was still sometimes picked on. She buried her pain, says her mom, but she always noticed it in others: “She was a defender of the weak her whole life,” says Judy. She brought home anybody who was having a problem. Their house, says sister Sheri, was a revolving door “of the wounded and hurt.”

At 17, Heather ran away to Dawson Creek, B.C., where she met a man named Errol and had a son, Braydon, on Oct. 20, 1993. He was followed by Cody, born a year later on Nov. 2 when Heather and Errol moved to Tumbler Ridge. Their relationship didn’t last and, in 1997, Heather moved with her children to Kamloops and, in 1998, she started studies at Thompson Rivers University (TRU).

Life as a single mother was difficult. Braydon has Asperger’s syndrome, and Cody developed a brain tumour causing epilepsy. But Heather “loved being a mom,” says Judy. “The boys really were the light of her life,” and she was a fierce defender and advocate for their medical needs.

Heather earned an arts degree, then a bachelor’s in social work in 2007. “If she could have been a lifelong student, she would have been,” says Leesa Warner, who met Heather at TRU in 1998. Playing online games together, an Internet friend mentioned Wicca, a modern pagan religion, to Leesa and Heather. Intrigued, the two, who became a couple, bought books and researched Wicca deeply. They began to wear the pendants associated with Wicca, but kept them hidden under their clothes when they were around Kamloops.

In 2000, Heather met Stephen Carr, a Kamloops taxi driver. “I picked her and the boys up at a grocery store,” says Stephen, who, at six foot three and some 250 lb., was dubbed “Bear” by friends. On that short ride, they got along and Stephen gave her his business card. He began dating Heather, who, with her big blond mop, was barely five feet tall. In 2003, Leesa officiated over a pagan wedding for them, then, in July, the couple married in a Kamloops church, “and we didn’t burst into flames,” jokes Stephen.

Heather, Leesa and Stephen had a polyamorous relationship, what Leesa calls “our triangle of awesomeness,” though she maintained a separate residence. The running joke, says Stephen, “was I was the male version of Leesa who could reach the top shelf.” In 2006, Leesa, Heather and Stephen attended PanFest, a large pagan event near Edmonton, for a long weekend of workshops on pagan subjects including shamanic healing. Afterward, says Leesa, she and Heather were more determined to be open about their religious beliefs. Heather began wearing her black velvet ceremonial cloak everywhere she went. A night owl, she often practised rites alone late at night in a Kamloops park. She decided, says Leesa, “If someone doesn’t like it [her beliefs], it wasn’t a ‘me’ problem, it’s a ‘you’ problem.”

In 2007, Heather began work as a social worker in Merritt, B.C. It was difficult work. During her practicum shortly before graduation, Heather and a mentor had been held at gunpoint for six hours by an enraged father in Chase, B.C. In 2008, she was handling the case file of a family, when the father murdered his three children in the home of his estranged wife. Heather was diagnosed with post-traumatic stress disorder and took leave from her job.

As a Wiccan priestess, she continued to try to help others. On March 31, Heather went to Riverside Park around 2 a.m. to perform a healing rite for her uncle Barry, who had had a stroke. Removing a smaller stone, she crawled into the centre of a boulder formation—a place with spiritual meaning for Heather. Setting out candles, she somehow accidentally set herself ablaze while trapped inside. A passerby, then firemen, tried to extricate her and douse the flames, but she died of her injuries. She was 40.