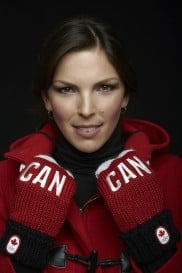 The good news is that Stephen Harper is finally going to get a new jacket.

With just 100 days to go before the Opening Ceremonies of the Sochi 2014 Winter Olympics, the Canadian Olympic Committee unveiled its team uniforms at a glitzy promotional event in Toronto this afternoon. As red lights flashed and speakers blared unidentifiable stadium rock, a dozen Olympic and Paralympic hopefuls took the stage and modeled the latest effort from Hudson’s Bay, the department store that has kitted out Canada’s athletes at every Games since Turin 2006.

And the snap review is the stuff looks pretty good. Avoiding the pajama pattern fiasco that was Beijing, and the jean jacket look that made Canadian athletes in London seem like they should be outside smoking on the sidewalk, the Bay’s designers have kept it simple and decidedly retro. Nearly 40 different items of clothing, from mitts to toques, to sweaters, duffel coats and puffy ski vests, in red, black, and white, with a number of crisp fonts—some old fashioned, some more modern—spelling out the country’s name. (One, in particular, bears a flattering resemblance to the title bar a certain national news magazine.)

“They are not just our athletes’ uniforms, they are Canada’s uniforms,” gushed Marcel Aubut, President of the COC.

And he’s right. With the exception of special outfits for the Opening Ceremonies and podium victory celebrations, all of the items are now on sale at the Bay. With prices ranging from $30 for T-shirts to $125 for a knit Beaver sweater, to a $275 bright red duffel coat modeled on the company’s iconic Point Blanket. The retailer is also again offering its popular red Canada mitts for $10, with $3.33 from each sale going to the Canadian Olympic Foundation. (Bonnie Brooks, President of Hudson’s Bay says the mittens for medals program has raised $35 million to date for Canada’s athletes.) All of which means the Prime Minister no longer has an excuse for breaking out his well-worn Vancouver 2010 jacket at every conceivable photo-op.

The athletes present seemed excited by the new gear. Figure skater Kirsten Moore-Towers and her pairs partner Dylan Moscovitch said that even just modeling the outfits was a career highlight. (The 2011 Canadian champions are still busy trying to qualify for their first Olympic Games.)

And the classically styled clothes are unlikely to generate the kind of opprobrium that greeted Nike’s unveiling of Canada’s hockey sweaters for Sochi 2014 earlier in the month. (The third, mostly black jersey with a red band that crosses just one arm has been widely compared to the uniforms of the Nazi SS.)

But it has to be said that the Hudson’s Bay probably should have widened its focus group testing for the new uniforms to include 12-year-old boys, or professionally puerile journalists.

The collection is decorated with iconic Canadian animals meant to “represent the natural elements upon which our athletes will compete,” said Hilary Kelley, their VP of design. A stylized, C-shaped beaver for the land. A similarly twisted loon for the air. And a “majestic” polar bear for the snow and ice. The problem is that it’s impossible to look at the ursine figure—hunched over with its tail in the air—without envisioning a more earthy element. In short, the bear looks like it’s taking a dump.

Maybe it’s all part of the plan. A symbol of the huge efforts it takes to win an Olympic medal. 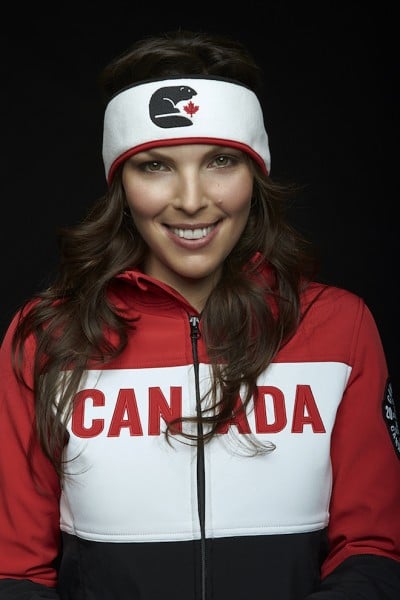