It doesn't have to be this way 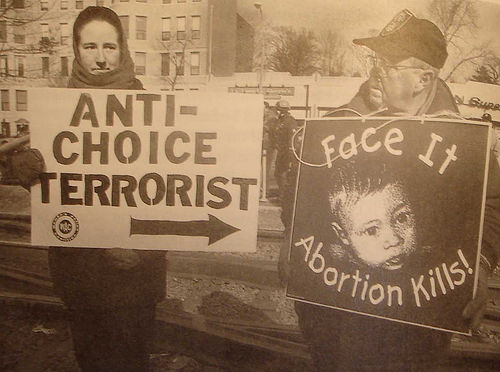 If his goal was to bring that singularity into even sharper focus, Gravel could hardly have picked a better topic than Henry Morgentaler’s nomination for the Order of Canada. In an opinion piece in today’s Le Devoir, Gravel not only splits from the Church’s dogmatic opposition to abortion, he also introduces some nuance to his own party’s Morgentaler cheering section:

Unfortunately, Dr. Morgentaler’s struggle for the right to an abortion has made us lose sight of the legal void that surrounds the rights of the foetus, which led to the banalisation of abortion. But let us be careful! Dr. Morgentaler is not responsible for the impotence of our successive governments, who were unable to promote life and favour it using programs and resources that would allow women to give birth to the child they are carrying.

For the Supreme Court to declare that a foetus, on a legal level, has no rights is one thing; but on the human and moral level, it certainly has some, and to openly say so is neither retrograde, nor is it an attack on women’s liberties, who also have the responsibility of carrying life. That’s why abortion cannot be banal, even if it’s legal and necessary in certain cases.

Now, I’m not posting this because I necessarily agree with what Gravel is saying. However, I was impressed with the absence of histrionics in his piece. More importantly, I thought he raised an interesting topic in opposing the Supreme Court’s role in assigning legal rights to legislators’ obligation with respect to moral and human rights. I’m not sure it’s possible for the debate to shift over to the terrain Gravel is proposing—but wouldn’t it be a whole lot more interesting if it did?