Jack Layton, Olivia Chow and “Sarah Palin” in a bikini 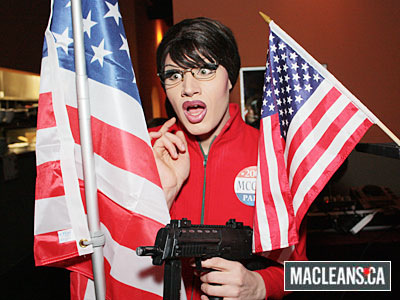 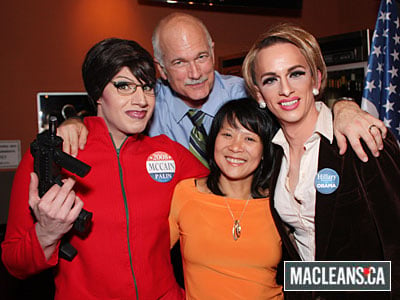 The show ended with “Palin” stripping down to nothing more than an American flag bikini. 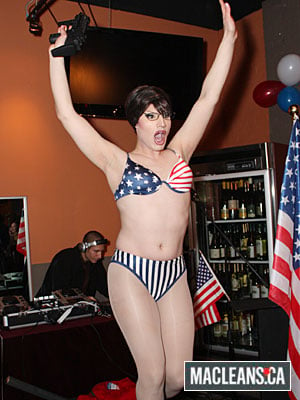 Layton offered his thanks, as well. 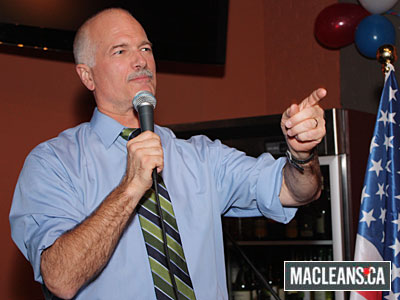 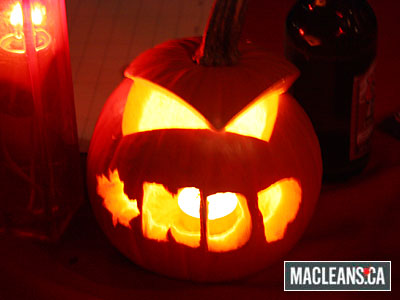 Jack Layton’s son sports a Barak Obama T-shirt his father picked up at the Democratic convention. 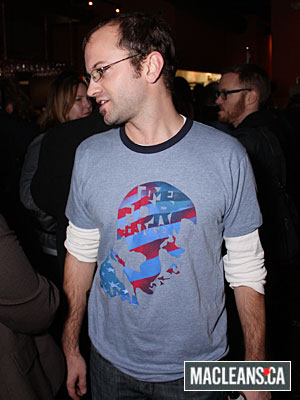 On Halloween, Toronto’s gay village had a strong political twist. Here is “David Suzuki” with Green Party organizer Darcy Higgins as his “daughter.” 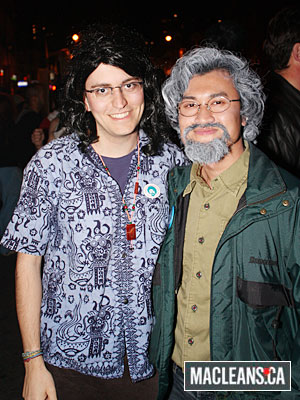 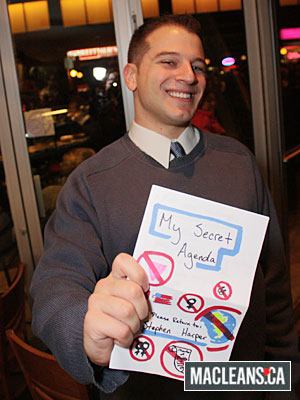 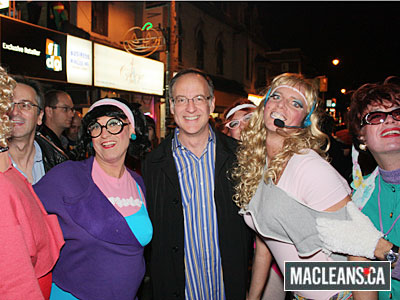 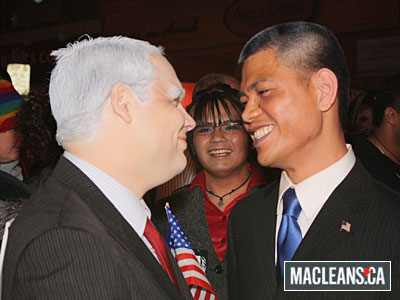 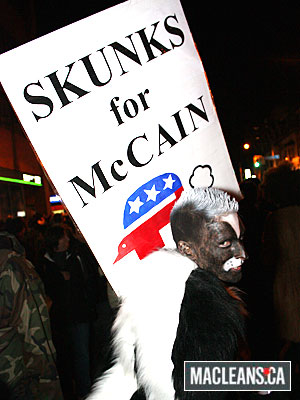 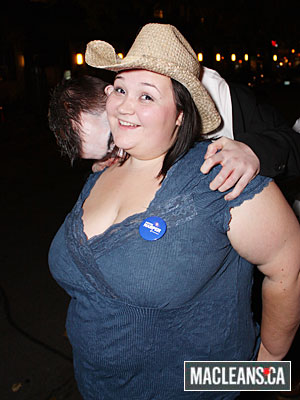