Jim Prentice and the Pancake Protest 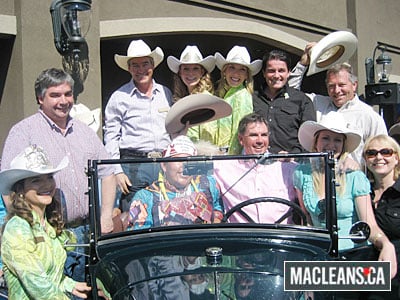 Jim Prentice held his annual Calgary Stampede pancake breakfast in the parking lot of the Italian restaurant Osteria de Medici, the same location former PM Joe Clark used to host his pancake breakfasts. But this year, the industry minister had protesters across the street who were upset over C-61, the bill that will amend the copyright act. 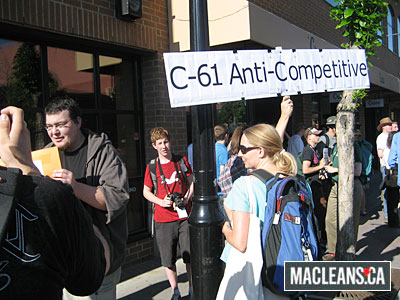 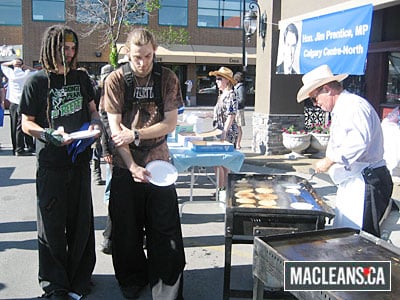 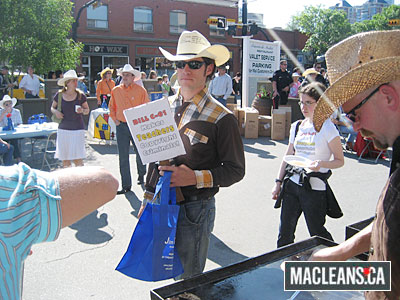 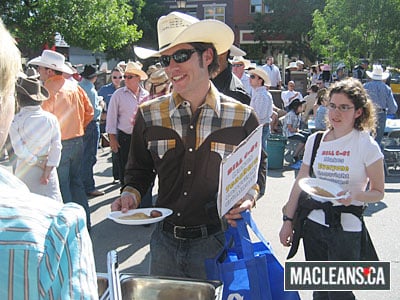 Protesters soon grabbed some seats to eat their food. 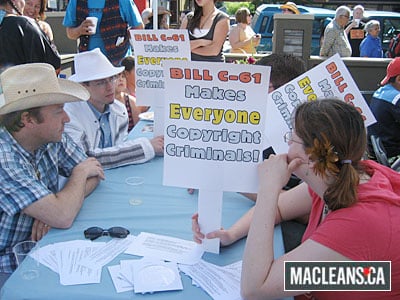 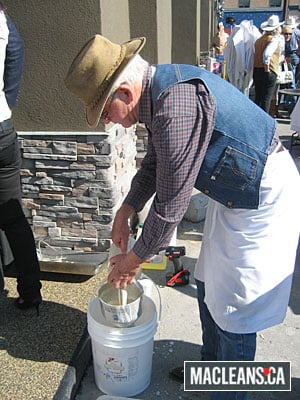 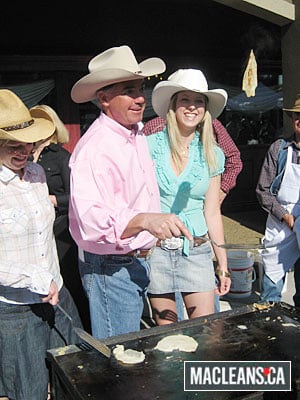 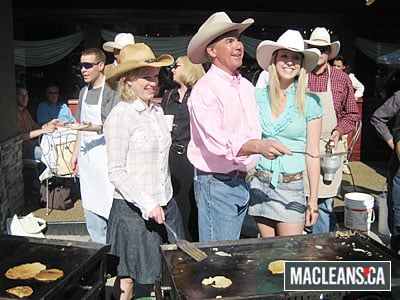 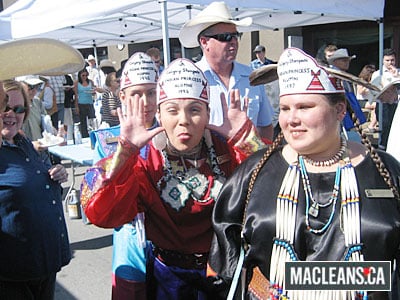 Prentice and his wife Karen pose with the princesses. 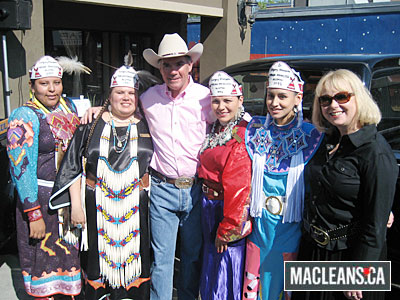 Prentice with one of the pancake breakfast attendees. 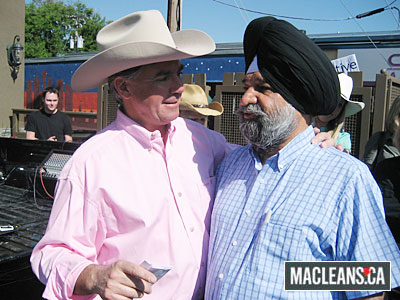 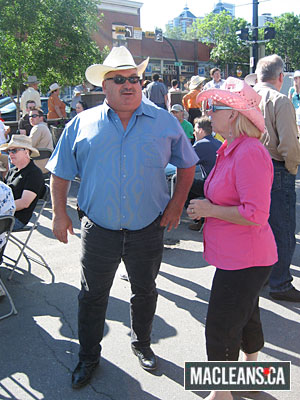 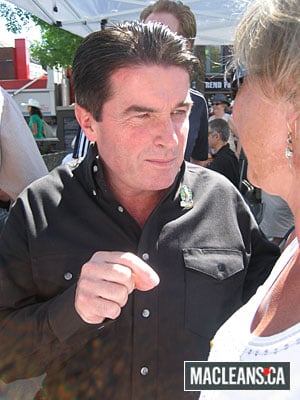 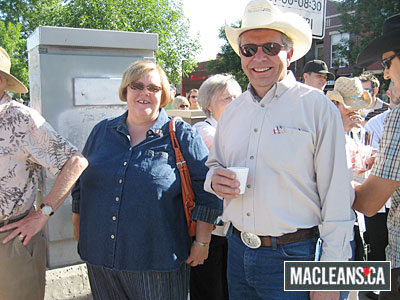 Menzies and the cowgirls. 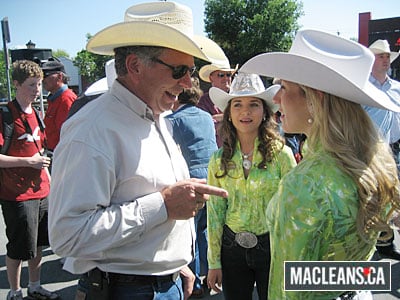 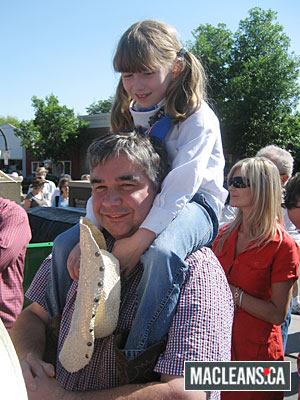 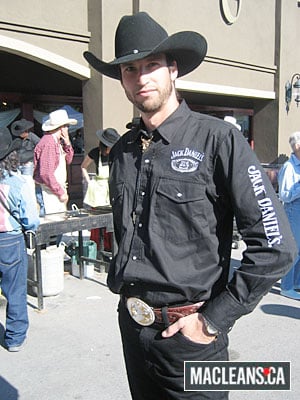 A few days later, he changed his facial hair. 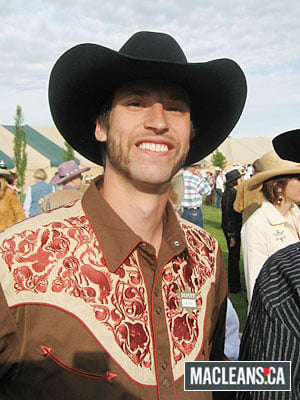