Last year Nova Scotia Liberal Mike Savage was the lone MP who took up the Canadian Paraplegic Association’s challenge to spend a day in a wheelchair. This year there were several politicians. The day ended with timed wheelchair races. 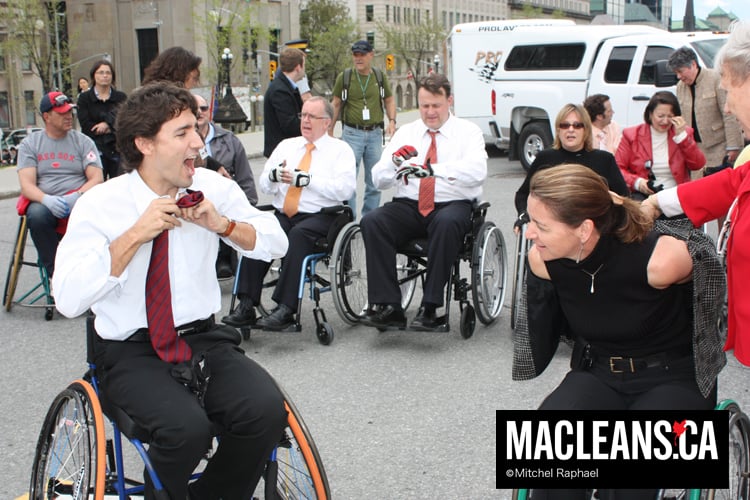 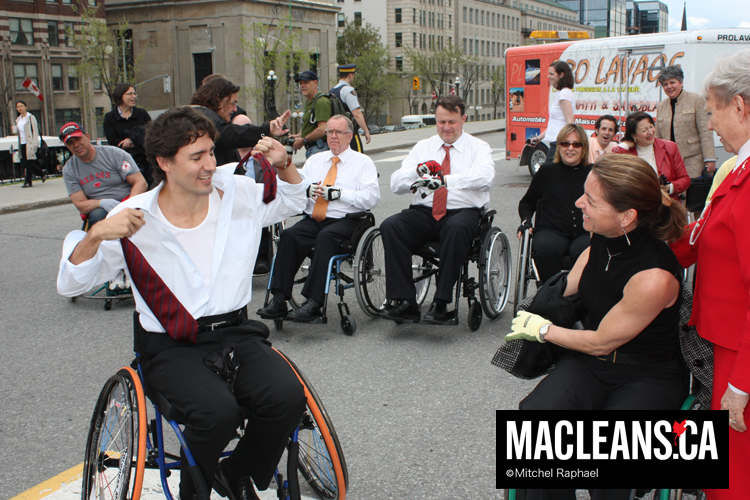 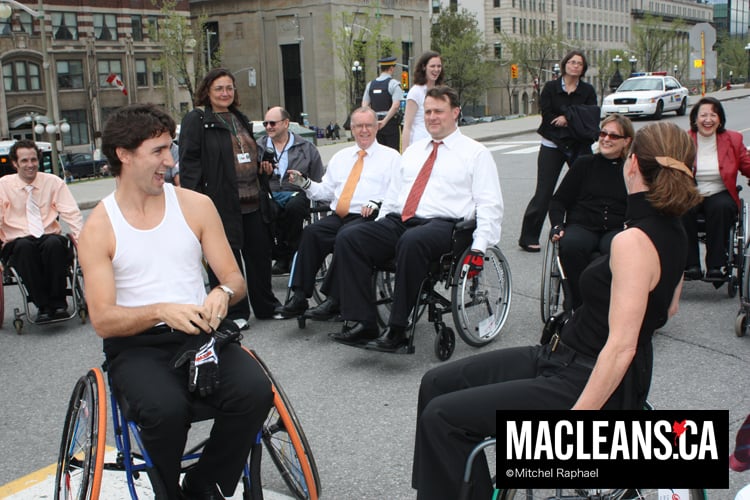 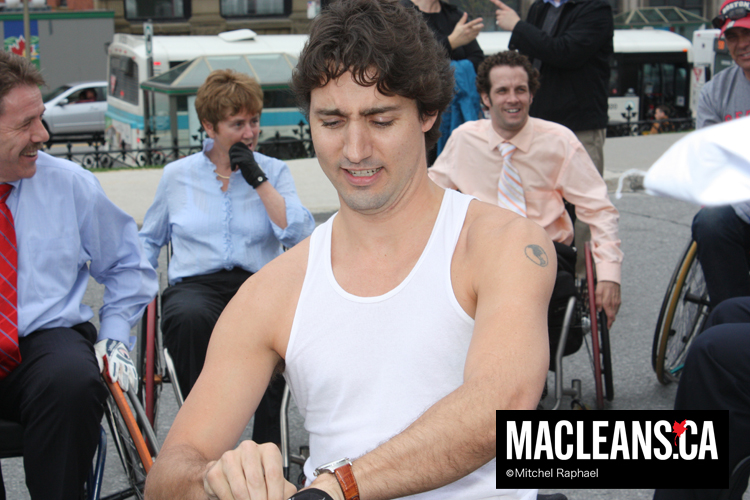 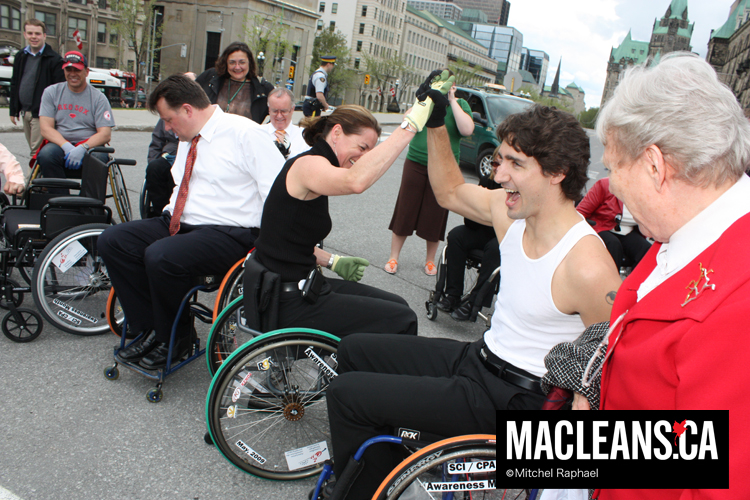 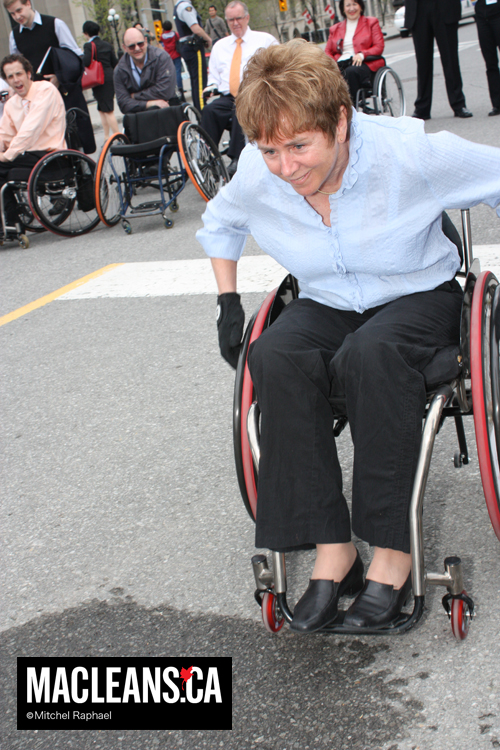 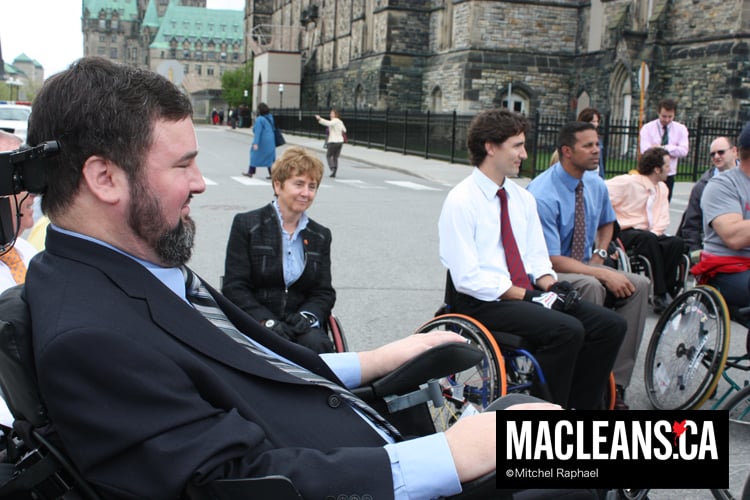 Fletcher and Trudeau in the electric wheelchair race. 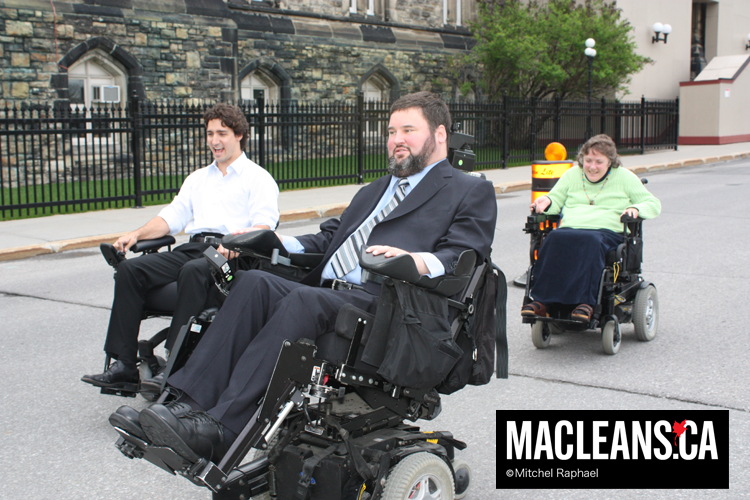 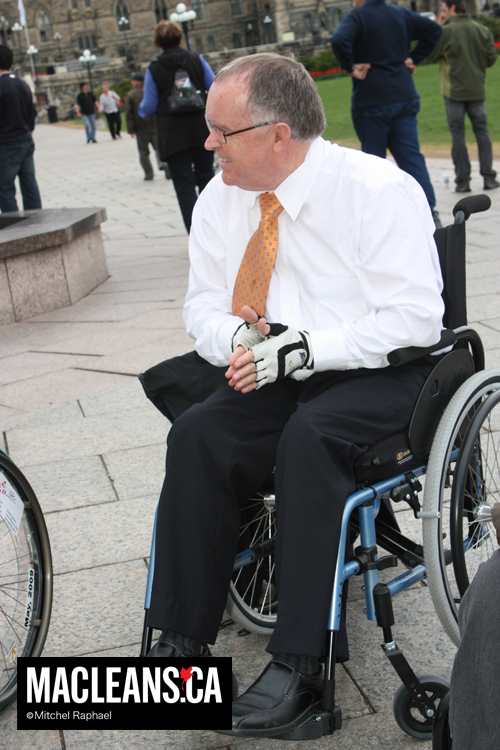 Green leader Elizabeth May acted as the starter. She reminded folks that green means go. 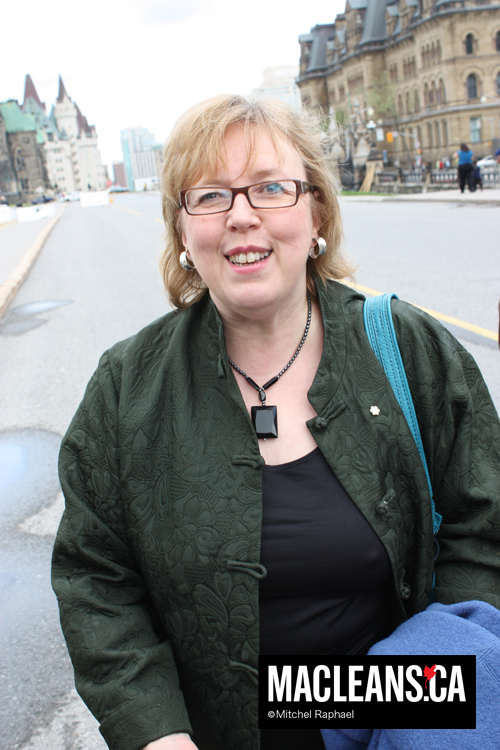 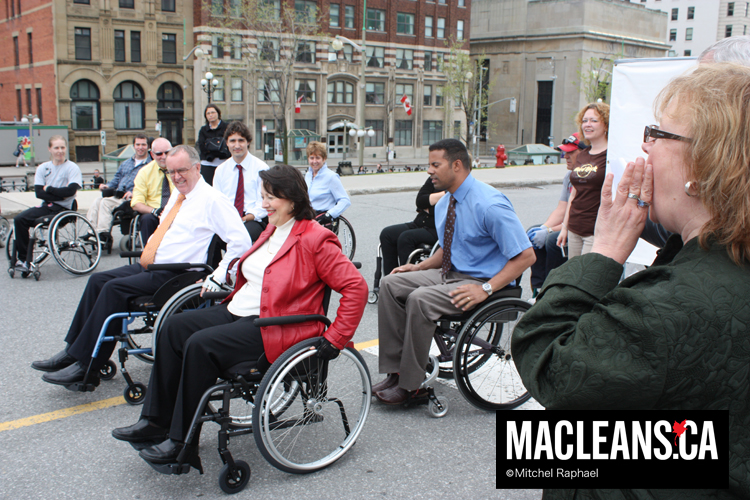 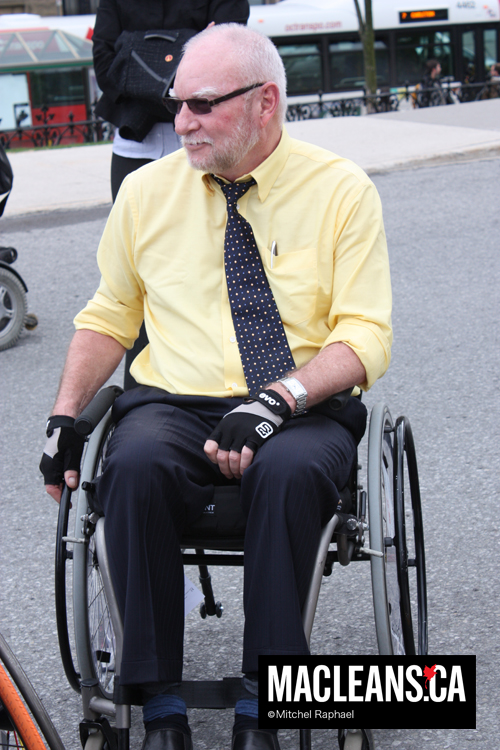 Some of the attendees. 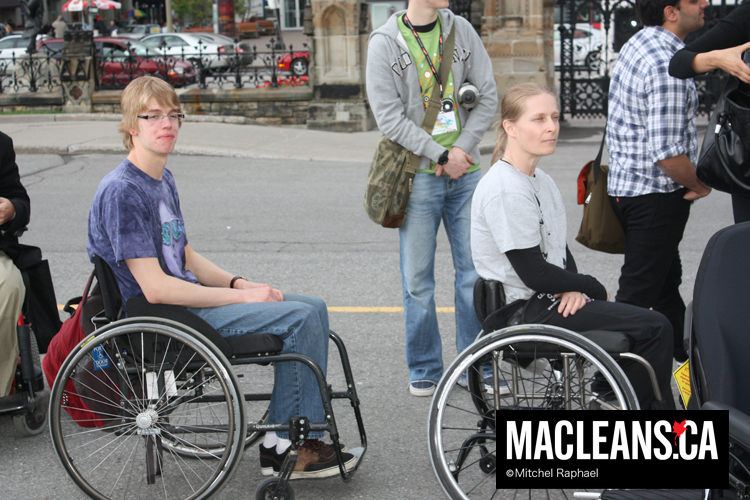