Letters: Our readers on faith, wonder and science

And other letters from Maclean's readers 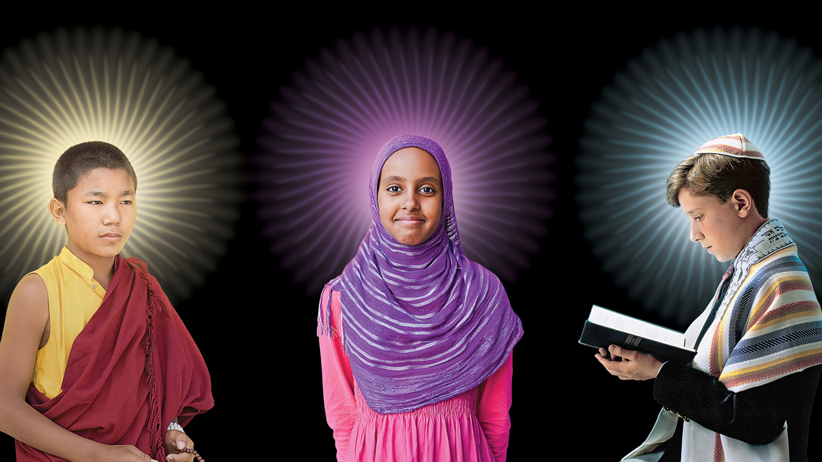 You gotta have faith—in what?

Buried in your uncritical, heaping praise of organized religion (“God is the answer,” Society, April 13), Lisa Miller, author of The Spiritual Child, actually recommends a spirituality “cultivated in nature, in service, in human relationships.” These are the very things valued by humanists and atheists, who, in addition, reject any unhealthy adherence to myth and dogma. One does not need an imaginary friend in the sky, nor a book of dubious scripture to be connected to one’s world and to realize the benefits that come with a healthy concern for humanity and nature.

Your cover headline—“The science is in: Jesus saves!”—perhaps unintentionally says it all. If religion were to be a reliable source of information, we would need science to prove its reliability. Who would take seriously an article entitled: “Religion shows science is reliable!” or, “Religion shows medicine saves lives!”

I was raised in a very strict religious household. I was taught that I was a sinner and that I was evil. I was taught to look at other non-religious people as beneath me, and in need of my help to learn the error of their ways. I was taught only to be friends with people who were as religious as my family, and I was therefore secluded and sequestered within a group of equally narrow-minded people who taught me that women should submit to all male authority, and that sex was dirty and sinful. Of course, I behaved better than other non-religious children: I was terrified of the future awaiting me in hell if I misbehaved or questioned my beliefs! As an adult, I look back on my upbringing, which was not unique, and I feel a profound sense of loss. If I hadn’t been subject to those things, I would never have struggled with self-conﬁdence, romantic relationships and self-inflicted guilt. Your article slathers a thick gloss over the disadvantages of raising a child within the confines of religion.

Belief in God has little to do with Lisa Miller’s extremely vague definition of “spirituality.” There are numerous atheists who experience a sense of wonder and awe when they contemplate the universe, and the fact that our physical selves share the same atomic origin as every other bit of matter on the Earth, and even Earth itself. We are stardust, so to speak. That beautiful sense of oneness I express to my children is not based on a belief in any spirit realm; it’s based on our empirically verifiable physical reality. To call that “spirituality” is to render the word so vague, it becomes meaningless.

I’m relieved to learn that “the (pseudo-)science is in” and believing in (insert your parents’ god here) will make children “safer, happier, and healthier.” That seems to be working in Syria, Iraq, Pakistan, Afghanistan, Haiti, Nigeria, Gaza and the U.S. Bible belt, all places where belief in God is sky-high. Now, if we could only get the good word out to the heathens, all those godless places like Canada, Denmark, New Zealand and Japan wouldn’t be the dangerous, depressing and unhealthy societies that they are. Oh, wait a minute . . .

Blindly accepting the “end-of-days” message (The Editorial, April 13) by the trifecta from hell—Islamic State, Boko Haram and al-Qaeda sects—has led to extended military commitments by the Western nations least affected by these radical Islamists and, once again, unwarranted “mission creep.” Democracy as we know it has long been a foreign concept in the Middle East. The West must share some responsibility for the present state of affairs. But to impose real peace will require Middle Eastern states—with their extensive oil-based financial resources—to step up and (with limited Western air support and ground expertise) actually fight for their own continued existence. Any long-term solution must come from those countries and their own citizens.

The justice of it all

In all human relationships, trust has to be earned. Parents do it as their children grow, and businesses do it with their staff. This is an obvious and simple concept, so it has always puzzled me that the justice system doesn’t do it with convicted criminals (“Do the crime, do the time,” National, April 13). Allowing prisoners to earn their way out of prison by demonstrating an understanding and acceptance of societal values offers an effective path to rehabilitation and an opportunity and incentive for criminals to do something about their restricted condition and move toward parole.

In discussing Iran, Barbara Amiel chooses to carefully ignore Israel’s own history in the clandestine acquisition of its own nuclear capabilities, including the hiding of its nuclear weapons program in the 1960s (“Land for peace? Come off it,” April 13). She thinks U.S. President Barack Obama is “either naive, egomaniacal or evil,” but ignores the fact that the U.S. has remained a staunch ally of Israel for decades, and provides an official “economic need” package of more than $3 billion annually. It is commendable that a U.S. president has shown the courage to publicly express his displeasure at some of Benjamin Netanyahu’s shameless political manoeuvring, and I say, “Good for him.”

Barbara Amiel describes the President of the United States as “naive, ego-maniacal or evil” because he is “reaching out” to find peace with Iran. You seem to believe he should know that Israel is preparing, as you say, “a blinder: Israel will ignore Washington and plan a massive bombing of Iran’s nuclear facilities,” having already obtained the “support of Saudi Arabia and Egypt” for the operation. Sadly, all the while, Obama (and Britain, China, France, Russia and Germany, for that matter) are so meaninglessly engaged in a peace effort with Iran. What a pathetic waste of effort for the world’s most powerful nations, when Israel has apparently predetermined the outcome.

Couldn’t agree more with Barbara Amiel’s column. It is a rare occasion when we can read what I believe is the truth about Israel and her neighbours in the Middle East. I’m extremely pleased with President Netanyahu’s re-election, as he is the only leader of a democracy in the region, and is ready, willing and able to stand up to the unelected dictators surrounding Israel.

Excellent article by Barbara Amiel. Glad to see someone understands what is really going on in the Middle East.

Albertans chose not to retain ownership of their oil resources, nor to properly tax them, nor to conserve their modest royalties (“The case for blowing all our oil riches,” Colby Cosh, April 13). As a result, they have nothing to compare with the Norwegian oil-wealth fund, which now holds more than $900 billion, in a nation just one-seventh the size of Canada. Norway’s genius lay not only in retaining government ownership of the resource, imposing massive 78 per cent royalties and preserving the proceeds, but also in recognizing that a non-renewable gift of this magnitude should not belong to a single province, nor even a single generation. Norwegians thereby created one of the highest standards of living in the world, even while guaranteeing the same benefits for future generations.

Labelling French immersion programming as elitist and divisive (“Just say ‘non,’” National, March 30) does little to draw attention to the real problem standing in the way of the program’s success: access. There is high demand for French immersion, and expanding access to these programs should be made a bigger priority. French immersion, when supported by the appropriate resources, is a free, beneficial and inclusive program open to all youth who call Canada home. French immersion is the most effective way to teach French as a second language to students at all levels of learning. Let us celebrate the benefits, review outdated educational policies and enrolment processes, and focus on educating young Canadians by prioritizing access to French immersion programs to help guarantee a bilingual future for our country. A future in which we recognize the value of English and French also makes us a more integrated and cohesive nation.

There are two special-needs categories in children: the bright and the handicapped. The second group is fully accommodated. Those in the first group are ignored, get bored, drop out or, if they are lucky, attend a private school. Only those who can access French immersion have any hope of using their considerable brain power.

Fit for a king

Thank you, Patricia Treble, for the splendid article on Richard III (“The curious case of a parking lot king,” Society, April 13). Interesting, informative and respectful in tone. An example of journalism at its finest.

In the article “Taber rattling” (National, March 30), it’s written that modern Mennonites are descendants from 14th- and 15th-century Anabaptist denominations in Europe. This is incorrect by a couple of hundred years; it wasn’t until the early 16th century that Anabaptists and other dissenters like Martin Luther opened the doors to irrevocable changes to Christianity in Europe, and the new-world colonies soon after.