Letters: Hockey should be referred to as 'Canada’s disease' 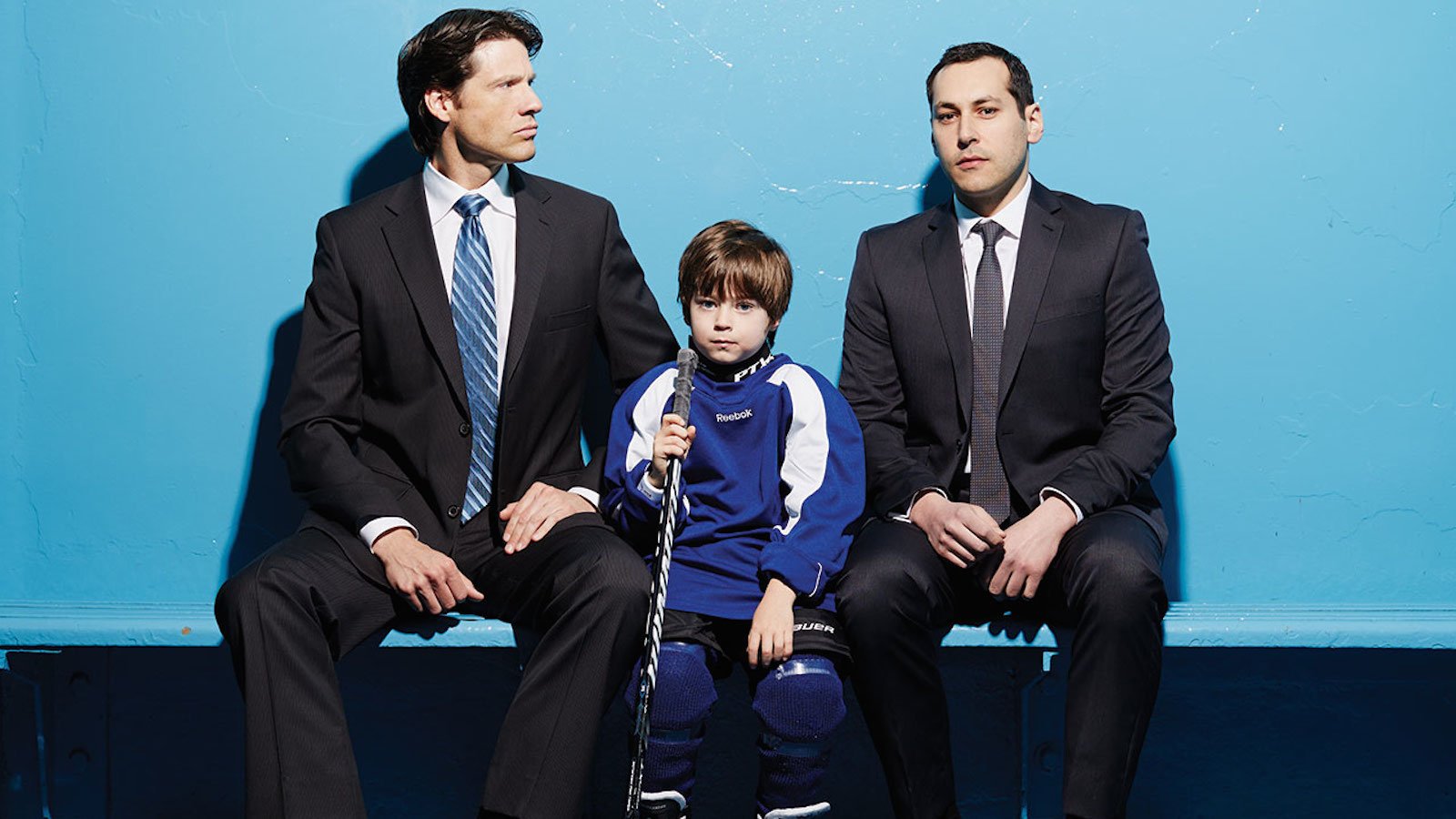 High personal debt in Canada is largely the result of government policy (“Living beyond our means,” Economy, March 31). The extended period of ultra-low interest rates has made savers feel like suckers. Together with unrestricted foreign ownership and Canada’s focus on wealthy immigrants, low rates have fed soaring housing costs in our major cities. Our young people are forced to choose between assuming an onerous, lifelong debt load and giving up any hope of buying a home. A lot of those people buying the occasional pair of $300 jeans have likely resigned themselves to the latter.

Leave adults out of kids’ hockey

The sad conclusion to be drawn from Charlie Gillis’s article “The new hockey fights” (National, April 14) is that kids’ hockey is now an adult sport. Clearly, we’ve got to get the adults out of the building, or at least behind plate-glass walls—the thicker the better. If not, danger pay may be required to keep officials and coaches in the game.

As a private music educator in the privileged suburb of Oakville, Ont., I have come to loathe hockey. Parents in my neighbourhood happily lay out astonishing amounts of money for everything related to the sport. Team scheduling isn’t announced until early October, inconveniencing those of us who provide alternative activities, who cannot plan our teaching routines until mid-fall, lest they conflict with the hallowed hockey routine. Even siblings of a “hockey hopeful” are not immune from the touring regimen, as families often travel together. Some children make the choice to study music instead, where, with good instruction, they benefit cognitively, emotionally and artistically in ways that sports training cannot touch. Perhaps we, as a culture, should stop and ask ourselves not why we do hockey but what we are not doing because hockey has pushed away so many other opportunities.

Some hockey parents need to hear this message: Quit trying to live your failed dreams through your kids and get your own life. Quit spending money on sports or other pastimes if you can’t afford them or if you are going to hold your kids hostage, as if they owe you something in return. If you take the fun and joy out of sports, or anything else, your children will check out, no matter how talented they may be. They will then blame you for robbing them of their childhood and dreams and, worse yet, they may continue the abusive cycle with their kids. The greatest sports stars talk about never losing their love of the game. That’s what makes them truly great and successful and gives them the strength to meet the challenges in very competitive careers. They need you to support them, not control them.

If hockey didn’t treat young people like chattel, parents would not feel the need to hire lawyers to fight for the right to have a child move in the system. At one point, we had an official tell us that if our child stayed with his grandparents and didn’t return home, he would never be allowed to set foot on Hockey Canada-sanctioned ice! Luckily, cooler heads prevailed, communication skills were used and a mutually satisfactory decision was reached. Our son went on to have fun playing hockey and to grow as an individual and team player while he lived with his grandparents.

After I read this article, I concluded that we should stop referring to hockey as Canada’s game. We should call it Canada’s disease.

Lisa Raitt states that she “witnessed government intervention [her] entire life and it never worked” (“Back from the brink,” National, April 14). Clearly, she didn’t learn this lesson well enough, given her constant meddling in the relations between private companies and their labour. As labour minister, Raitt has twice intervened in private sector collective bargaining to the benefit of the employer, and abused her powers by stripping away the rights and freedoms of thousands of Canadian workers. The only thing we should be hearing from this disgusting fascist is an apology.

Barbara Amiel writes, “If I were Stephen Harper, I would tell our Supreme Court to go stuff it” (“Marc Nadon was judicially mugged,” April 14). In suggesting that the judiciary should bow down before Parliament—and that if it does not, it must be got around by clever statutory amendment—Amiel cannot seem to get a grip on the fact that the Canadian Constitution exists to protect Canadians by reining in legislative excess. In support of her argument, Amiel refers to the writings of Edward Dicey, who never said anything about constitutional law, though she describes him as “the great constitutional lawyer, Edward Dicey.” I assume she means Edward’s brother, A.V. Dicey. But A.V.—a gentleman, unlike Amiel—never told anyone to “stuff it.”

Barbara Amiel’s veneration of the “High Court of Parliament” (sic) demonstrates just how fundamentally she misapprehends the law she says she “once so revered.” Parliament is not a court—of any kind, high or low. Whatever it does, it must do constitutionally. It is for the Supreme Court alone to determine whether Parliament, or its executive, has acted constitutionally. In the case of the executive appointment of Justice Nadon, the court correctly ruled that the Prime Minister had not done so. The court properly recognized that the Constitution requires that the qualifications for appointment for three of its nine judges are distinctly different. That difference has to do with the central bargain of Confederation. Justice Nadon simply didn’t meet those requirements.

The photograph in Maclean’s (This Week, April 14) of that horrific mudslide in Oso, Wash., was taken far enough away to clearly show the patch of clear-cutting that had been done on top of that hill. This is a “clear-cut” case: Where the land had been clear-cut above is where the land gave away down below. This kind of incident occurs in Canada, as well as in the U.S., and demands that more direct government oversight take precedence over landowners’ rights.

In the April 14 issue, your editorial gloats at the prospects of “fracking technology unleashing massive new stores of natural gas around the world. It’s only a matter of time before Putin’s hold on Europe is weakened dramatically.” In 2006, Thomas Homer-Dixon predicted that the tipping point where the demand for gas and oil exceeded the world’s supply would soon be coming, and that this catastrophe would result in the creative development of alternative renewable, clean energy sources and the revitalization of human civilization. It appears that instead, because of technological innovations in oil and gas production, the world will be awash in gas and oil. Then the price of these commodities will decline so precipitously, it will even affect world geopolitics. There seems to be a complete disconnect between the joy of being able to sell our oil and gas to world markets and the reality that increased oil and gas production may lead to the end of civilization.

Crimea not the first, nor the last

Michael Petrou’s piece “Advantage, Putin” (“International, March 31) was insightful and thought-provoking. Russia has a long history of invading and annexing neighbouring territories; Crimea won’t be the last. From 1944 until 1991, the Soviets occupied the Baltic states of Lithuania, Estonia and Latvia for a second time; the first was in 1940. Prior to their independence, Russian agents of influence on the ground within the Baltic States agitated pro-Russians, in much the same manner as that seen recently in Crimea. In 1990-91, in Moldova, Russian agents agitated ethnic Russians in that independent nation for the creation of an independent state of Transnistria, along the eastern border of Moldova and Ukraine. In 1992, the Russians sent in the 14th Army, which remains there today. In August 2008, Putin sent Russian troops into South Ossetia, sovereign territory of the Republic of Georgia. Some of those troops are still there today. Russian agitating and civil unrest are subversion tactics straight out of the Soviet playbook, which Putin knows all too well. Statements such as “the right to protect Russians everywhere” and claiming the governments of independent republics are “Nazis” are typical Putin hyperbole. Were I leading one of the Baltic states, I would be very, very worried right now.

Not so retired, after all

If Jason Kenney and his cohorts are worried about youth being shut out of job opportunities because of lack of experience (“Are you experienced?” The Jobs Report, April 14), they should perhaps look at federal government practices. I know (or know of) many federal government retirees in the Ottawa area who are being recalled on what appears to be an almost rotational basis to their past positions on six-month contracts, the argument being there is a shortage of experienced people. You would think, after three years of cutbacks, qualified people would have either been found from within, or hired and given a chance to acquire the necessary experience. Our politicians are turning a blind eye to double dipping while young people collect welfare or employment insurance. This simply isn’t smart or fair.

Jason Kirby’s “California debt dreams” (Economy, March 31) suggests California has become a poster child for reining in government debt. But one must ﬁrst understand the layers and complexity of U.S. state spending vs. Canadian provincial spending. I was transferred from Toronto to New Jersey more than 20 years ago; when I opened my first property tax bill, I was shocked. My property taxes funded not only snow and garbage removal, but the local school system, as well as the local police and fire departments. U.S. politicians love to push the tax burden down to the next level; federal to state, then state to municipal. One needs to add it all up to get the real picture.

Get grandpa to church

As I am over 90, I feel Leah McLaren’s article about the social isolation of the elderly (“All the lonely old people,” International, March 17) focused on the many causes of this problem but offered few solutions. It mentioned the “gap between relationships that we want and the relationships we have.” It is essential for older people to prepare themselves for their future by actively building new relationships. It means joining social organizations. Religion can have an enormous influence on breaking out of the social isolation, as well; attending services will build relationships and friendships. Many elderly are overlooking this obvious way of preventing loneliness.