Letters: 'Like McDonald, we just wanted a private place to hang out' 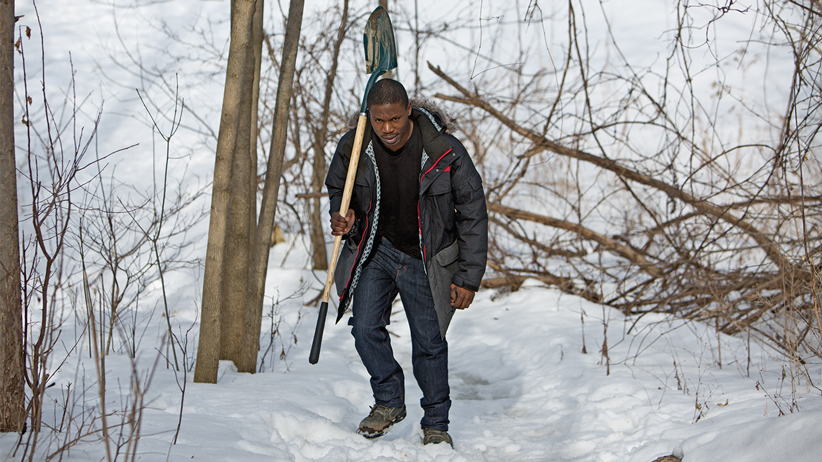 Dig it
I loved the story about Elton McDonald and his big dig (“The great escape,” National, March 30). When I first heard of this hidden tunnel several weeks ago, it reminded me of a similar but much smaller hole—about seven feet deep and four feet square—that I dug with a friend way back in the mid-1960s in Barrie, Ont. Like McDonald, we just wanted a private place to hang out. I wish Elton all the success in the future. It sounds like his boss and mentor, Boko Marich, understands how talented he is and is prepared to support him in future. A good news story from start to finish.
Greg Hubbert, Berwick, N.S.

When you consider the expensive police investigation and concerns about a terrorist threat because it was close to York University, I cannot understand why you are making Elton McDonald out to be a hero.
Carman Chisamore, Toronto

“The great escape” reminds me of growing up in rural Saskatchewan, where my brother and I also hauled shovels, axes, saws and rope to “our spot” in the bush. There we dug a cabin basement and built walls from trees we cut and shaped. The project went on for three years before we outgrew it and left it in a state far from completion. I’m sure Elton McDonald, too, will have great memories of organizing and undertaking his tunnel-building venture—something few young people in the city have the opportunity to experience.
Millie Reynolds, Saskatoon

Going gently into that good night
I was happy to read “Death doulas” (Society, March 23). Dying and death care are topics frequently avoided, and the death doula offers a critical role in supporting individuals through the dying process, and families through their grief. My family owns a funeral home, and I have seen the shift in the services that families need and request, and the importance of creating a meaningful ritual for the grieving process.
Capreece Bowers,
Salmon Arm, B.C.

I find it curious that you feel that “death doulas” represent a new field. Hospice volunteers have been providing this support for years, but have not charged for it. I myself have been a hospice volunteer for 19 years. Nanaimo Hospice offers more than 15 different programs to help people live well until they die, and then die with dignity. And we are just one of hundreds of hospices across Canada.
Anne Judson, Nanaimo, B.C.

Post-travel stress disorder
I used to enjoy travelling (“Your pain, their gain,” Economy, March 23). In the past decade, however, I’ve developed a bad case of airline PTSD (post-travel stress disorder) because of the expectation that something is going to go haywire. I’ve had to rely on Greyhound buses to finally get us home when flights kept getting cancelled over a three-day period. Paying an extra $25 for a checked bag is the least of my concerns. All I ask of the “evil geniuses” is that their fares start including some peace of mind and a guarantee of being on time.
Laure W. Neish, Penticton, B.C.

It is only a matter of time before fees are charged for bags under eyes after long overseas flights.
Kevin Byrne, Bright’s Grove, Ont.

So airlines have the gall to charge for extras like pillows, headphones, extra luggage and legroom? There are no free lunches. You get what you pay for.
Robert J. Sullivan, Blenheim, Ont.

A prom is a privilege
I was taken aback by the court ruling in favour of the students’ “rights” in the case of a principal wanting to administer Breathalyzer tests before the prom (“Teens v. the world,” National, March 23). There are bag searches at concerts and sports venues, as well as full body scans to fly on a plane. Rights should come with responsibility—and certainly, a prom is not a right, but a privilege. Therefore, I would suggest to the principal involved that he allow the students to create their own prom, off campus, to arrange the venue and the security themselves, then to enjoy the rights that come with taking a little responsibility. Simple!
Rob Graham, Claremont, Ont.

A cup of kindness
I was thrilled by the article on menstrual cups (“It’s cute, it’s pink, there’s no blue liquid,” Bazaar, March 23), in particular, the news that they finally landed on shelves in big pharmacy chains last year. Pharmacies carry a lot of products. My local one carries three brands of snoring remedies and three brands of teeth-grinding guards. It’s unconscionable that menstruating women couldn’t purchase menstrual cups there until recently. And big kudos to the big chains that sell the cups. Cute or not, it’s the right thing to do.
Rose Kudlac, Toronto

Oui ou non?
My wife and I had to stand in line to get our kids into French immersion kindergarten (“Just say ‘non,’ ” National, March 30). My daughter went on to study and graduate in French, Italian and Spanish at the University of Guelph. My son met his girlfriend at the University of Waterloo and their first conversation was in French. As my son was in a work-study program, he was instrumental in translating a cellphone-program user guide into French. We’ve had no regrets about our decision to choose French immersion for our children.
Henry Cowan, Thornhill, Ont.

I taught in Ontario elementary schools for 35 years. From the beginning, I felt classroom instruction in French for all Ontario children was a political gesture to humour Quebec separatists. When French immersion was introduced, it was abundantly clear that it was an option for Ontario parents to separate their children from the riff-raff. I strongly suspect that no Ontario anglophone child has ever become bilingual through the regular or immersion streams.
Fraser Petrick, Kingston, Ont.

I took French immersion in southern Alberta. The immersion program does not create divisions along the lines of social class, but reflects existing social inequalities. Five hours per day, five days a week was sufficient for me to finish high school 90 per cent bilingual, yet we shared recess, lunch, and all non-core classes with the English stream with no “dilution of the whole purpose of immersion,” nor “dogma of speaking French exclusively.” Bilingualism allowed me to choose a graduate program in Montreal and interact in the vibrant public sphere while living here. With no additional French training, I recently published a scientific journal article in French, more than 15 years after high school. Just say ‘Oui!’
James Falconer, Montreal

Having graduated from a French immersion program in 2011, I feel I have the responsibility to tell parents: If you enrol your children in this program, they are probably not going to end up bilingual. While our teachers valiantly drilled us on verbs, we whispered among ourselves in English—that oh-so-sweet, forbidden fruit. By the time I reached Grade 12, there was such a shortage of French immersion teachers that the only class I actually had in French was—French. Most of my classmates graduated with decent French, at best. Two years ago, I got a job at a bilingual summer camp in Quebec. I realized that I had never spent an entire day speaking French. I had never even spoken French during a meal, which seems like a pretty fundamental human activity. Never had I been so immersed in the French language and culture, despite having studied the language since kindergarten. I still have a long way to go to improve my French skills, and I think the flaws in the French immersion program are at least partly to blame.
Heather Watson, Montreal

Your article claims French-English bilingualism is on the decline. It remains steady, despite Canada welcoming 250,000 newcomers every year. As the article notes, immigrant children are often discouraged from entering immersion, even though those who have done so have succeeded. The Vancouver Sun recently found that children for whom French is a third language have a greater degree of success than children learning French as a second language. In the 1980s, academics predicted that, if the rate of growth in immersion continued, there would be a million children in immersion by 2000. Instead, with the budget cuts of the mid-1990s, enrolment levelled off at about 300,000, where it remains. One of the challenges immersion faces is that parents often have unrealistic expectations of what any second-language primary and secondary program can achieve. These programs are an important step toward language mastery, but not the final step. That being said, thousands of immersion graduates have gone on to build on, and use, the language skills they acquired and have become effectively bilingual.
Graham Fraser, Commissioner of Official Languages, Gatineau, Que.

Not a PM plot
I take issue with this statement by a law professor in “Stephen Harper’s veiled threat” (National, March 30) about the niqab controversy: “There couldn’t be a clearer case of government ministers just whipping up the population.” Since when did Harper and his ministers wield these impressive powers, stirring Canadians to write literally thousands of comments on the Internet opposing the wearing of the niqab during the citizenship ceremonies? Is it possible that Canadians, upon learning that someone was taking this intensely meaningful oath behind a black cloth, were outraged?
Elizabeth Lewis, Elliot Lake, Ont.