Letters: 'Violence against women is the issue' 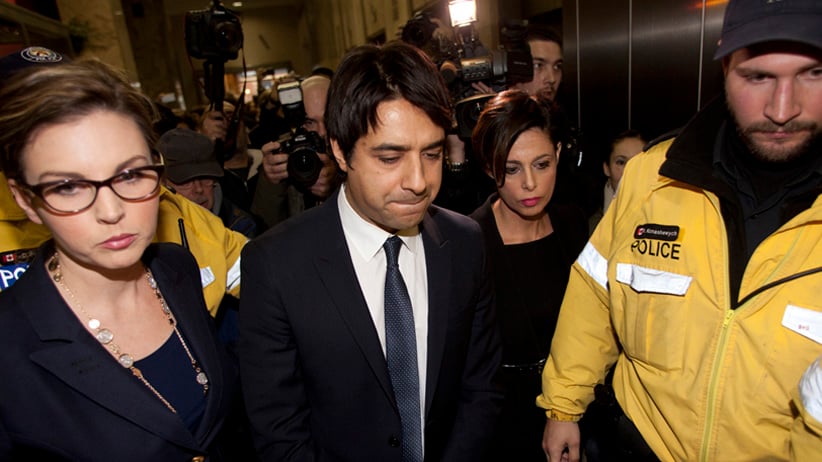 Anne Kingston’s article, “Why no one stopped him” (National, Nov. 17), denounces Jian Ghomeshi as being overly sensitive, making his co-workers’ lives horrible, not writing his own material, and being a successful older man who often left the show with one of his young fans. These accusations can be, and perhaps should be, used to tar a huge number of people in Canada: people in authority who abuse the powers of their job; narcissistic on-air talent who actually don’t actually write what they say; and older men interested in young women. However, it weakens the main point of the discussion around Jian Ghomeshi to abuse every aspect of the man. Violence against women is the issue. Let’s talk about that extremely serious problem as it exists in Canadian and international society. Let’s work to stop it. Let the police and courts prove innocence or guilt. Your job is to focus on the bigger concern and make readers, like me, more aware.
Gayle Smith, Kimberley, B.C.

Too bad you chose to feature that pusillanimous puss on your cover instead of Martin Short (“Happiest man in Hollywood,” Fame,, Nov. 17), who has made, I must say, a far more important impact on Canada’s culture.
Simon Johnston, Surrey, B.C.

A roast of a host

Jaime J. Weinman’s article about TV hosts accused of sexual impropriety (“Sticking up for a friend,” Fame, Nov.10) erroneously states that there were allegations of sexual harassment against David Letterman. Indeed, Letterman cheated on his wife with an employee or employees of his program. He admitted this, and went to the authorities to expose a man who was trying to blackmail him for this conduct. The sex was apparently consensual, and nobody claimed harassment. There were questions raised, however, as to whether Letterman’s conduct was additionally and inherently inappropriate due to the “boss-employee” dynamic.
Frank Ninivaggi, Bronxville, N.Y.

I agree entirely with your editorial of Nov. 24; the leaders of the parties, particularly the Prime Minister, lead and rule in a dictatorial style, as if they alone make the decisions and set policy. In fact, Harper and his cohorts consistently snub Parliament by giving major policy announcements at some function away from Ottawa. I have advised my member of Parliament that although I like and respect him personally, as long as Harper is the Conservative leader I cannot and will not support him. In addition, I refuse to financially support any party. Instead my financial support will go to my local representative who may, if he/she wishes, support the party leader. If Michael Chong’s bill is passed whereby a sitting leader can be removed by a single vote in Parliament, wow! We may return to a truer democratic system in Ottawa.
Eldon Yundt, Walkerton, Ont.

I was sorry to see my views on political leadership misconstrued in Maclean’s editorial of Nov. 24. I did declare that if Manitoba Premier Greg Selinger’s government lacks the support of the NDP caucus, it is no longer the legitimate government of Manitoba. But that in no way makes a general election necessary, as your editorial suggests I proposed. The NDP caucus, which still forms the majority of the people’s elected representatives in Manitoba, has the right, and indeed the responsibility, to remove Selinger by majority vote and to choose his successor as premier by the same process. That would truly empower Canadian legislators to represent us effectively.
Christopher Moore, Toronto

In your interview with Quebec Premier Philippe Couillard (Oct. 20), instead of highlighting any of his Liberal government’s concrete ideas to fix more urgent concerns like the degrading economy, the loss of thousands of jobs or the massive cuts being made in education and child care, all you seem to care about is federalism. More than half the interview is spent talking about it. Are you that frightened Quebec may separate one day? Because it seems you’re almost constantly picking on sovereignists.
Amélie Simard, Rimouski, Que.

Food security is a major issue in the North (“Ultimate food truck,” National, Nov. 17). It would be great to see more attention given to these serious issues. Stephen Harper continuously visits the North every summer with very little benefit to northerners. Real consultation with northerners like David Joanasie would be nice to see the next time Harper graces the northern shores of this country for his annual photo op. Also, you say that Fred Schell is the current MLA for South Baffin. It is actually Joanasie, elected in 2013.
Jay McKechnie, Pond Inlet, Nunavut