British MP George Galloway spoke live via the Internet from New York  to an Ottawa audience, wrapping up his virtual Canadian speaking tour. He was not permitted into Canada because of his “material support” of Hamas, which is on Canada’s list of terrorist organizations. 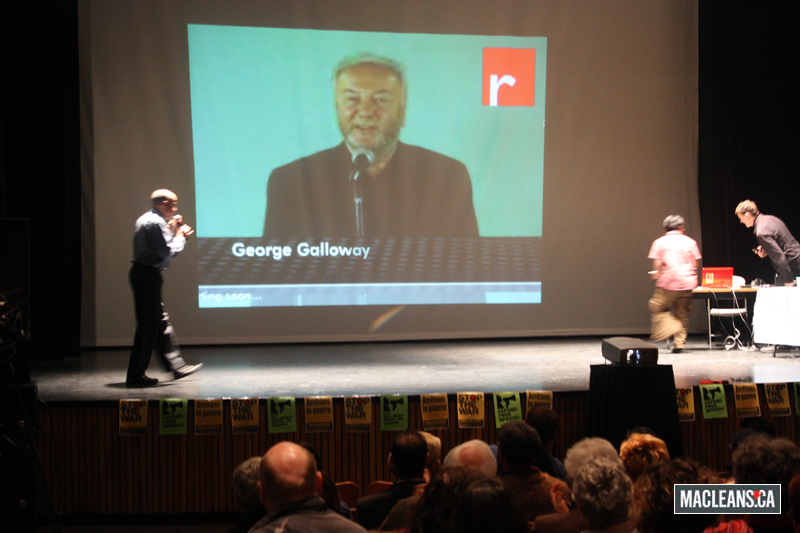 Monira Kayhan (left), a member of the Canadian Lebanese Forum for Dialogue, and Dianna Ralph, coordinator of Independent Jewish Voices. 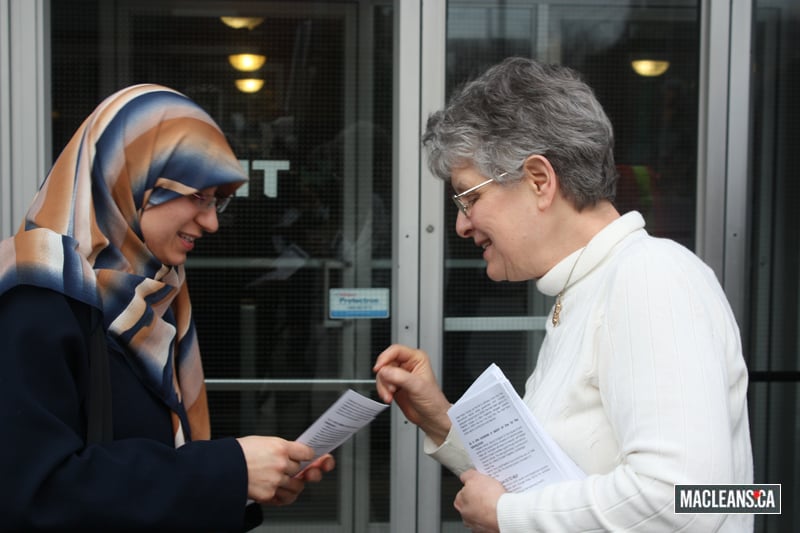 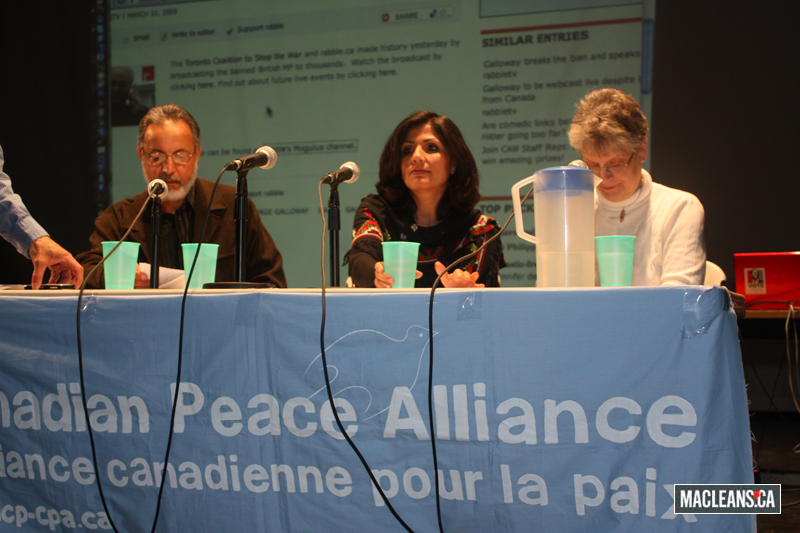 Dylan Penner of the Ottawa Peace Assembly, the group that helped put on the Galloway talk. 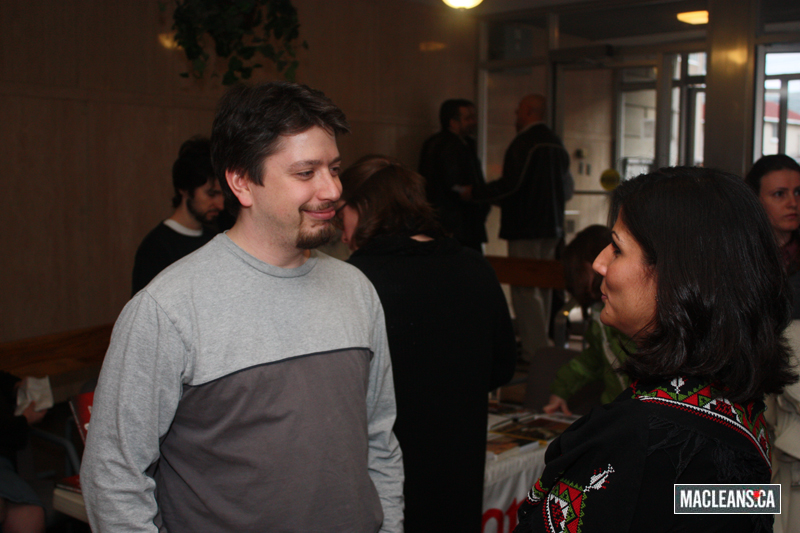 A member from the Communist Party of Canada handed out literature. 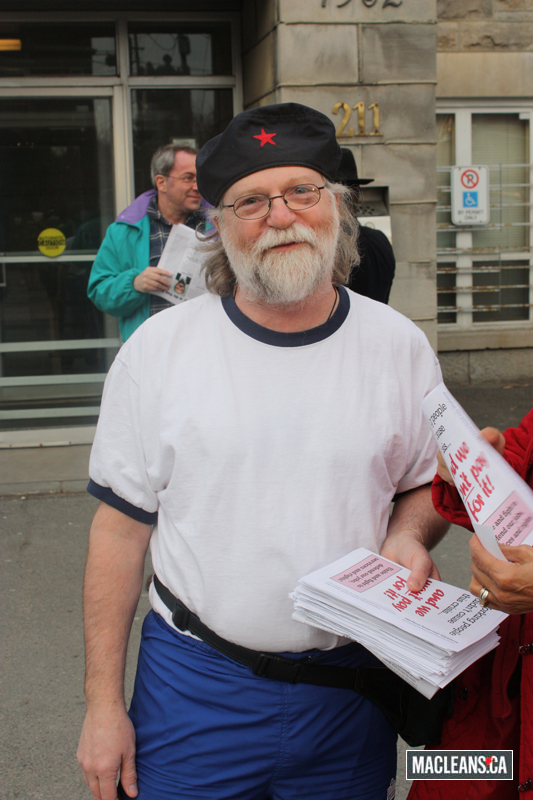 Immigration minister Jason Kenney did not grant Galloway an exemption to enter Canada. The minister was not that popular at this event. 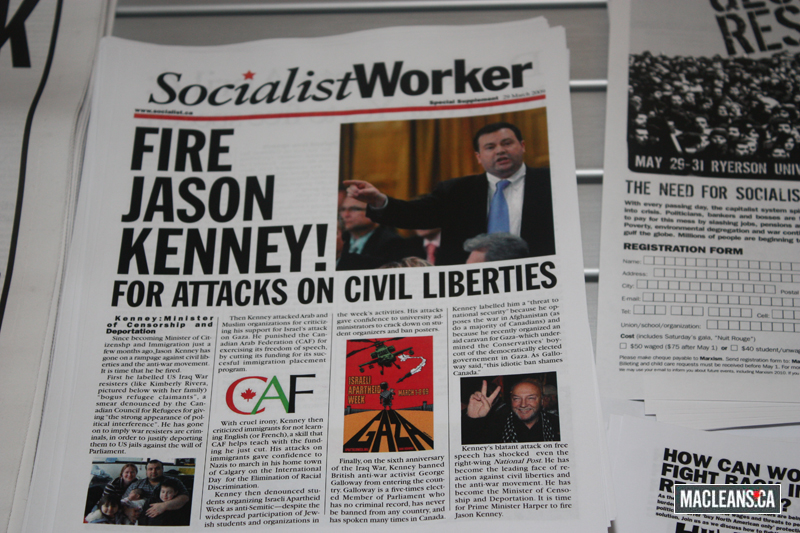 Tables were filled with books, literature and keffiyehs made in Yemen. 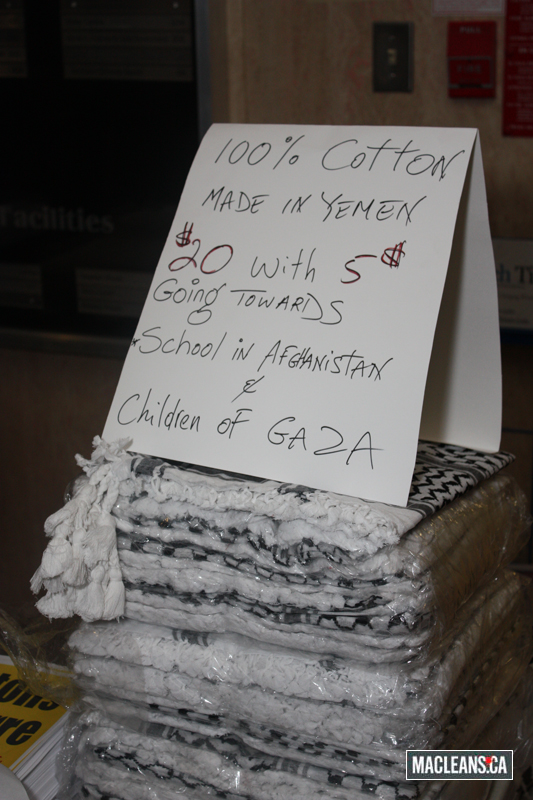 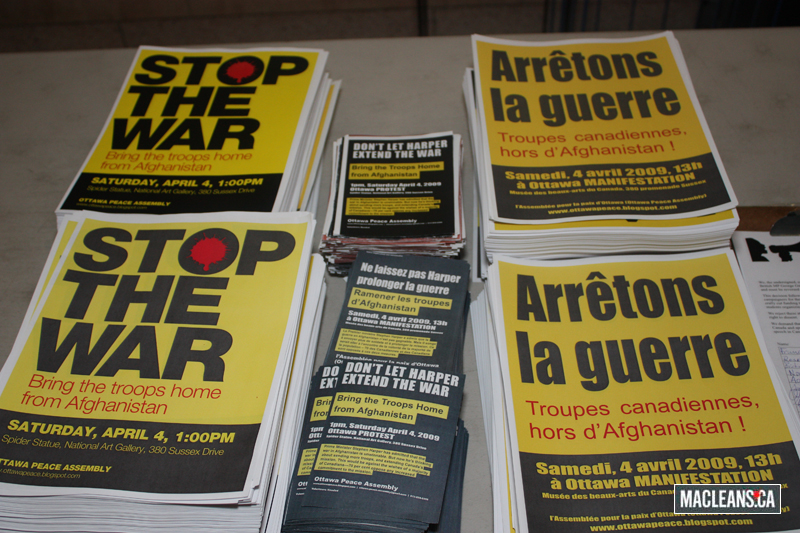 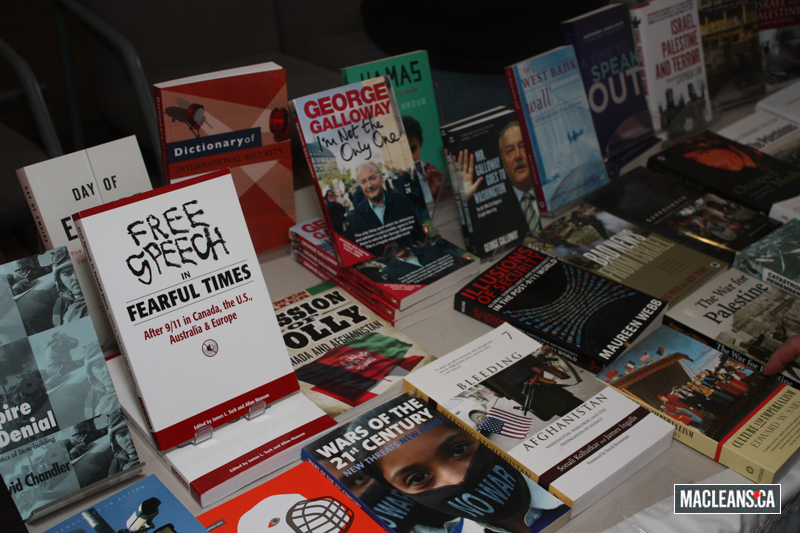 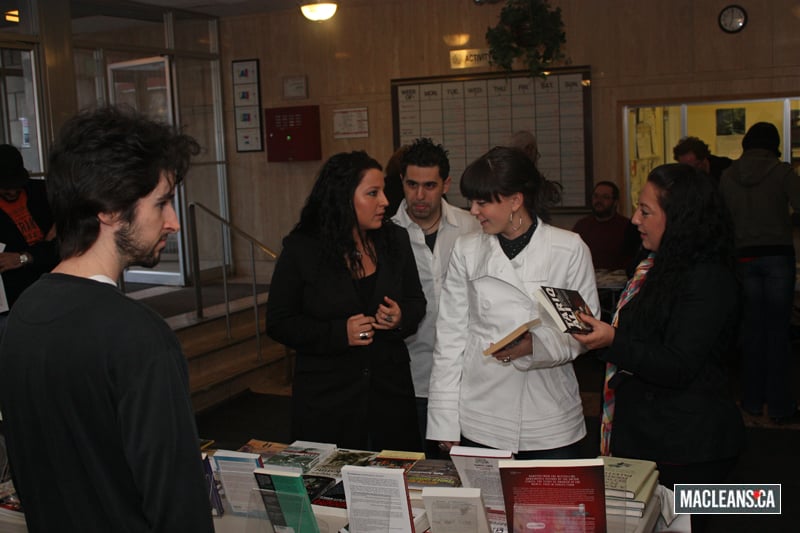 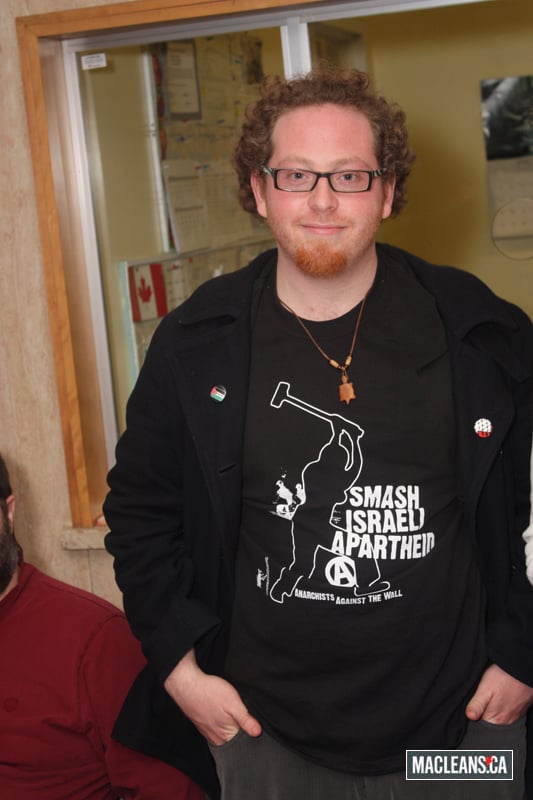 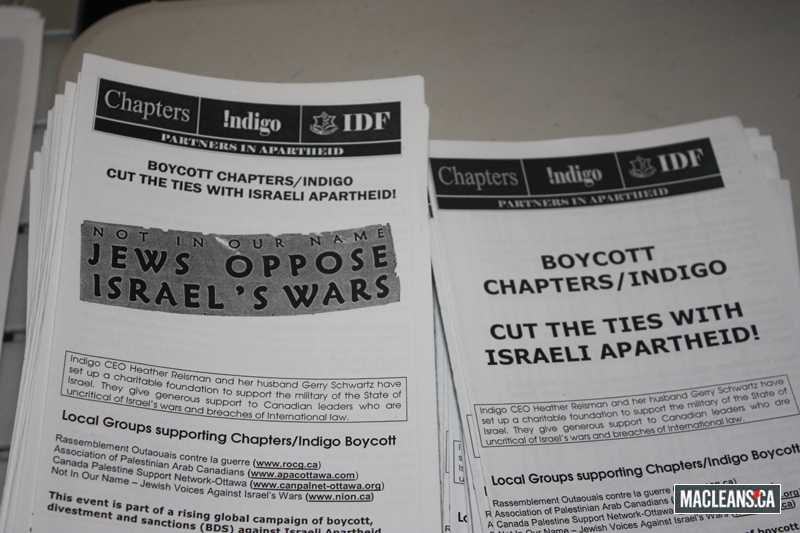 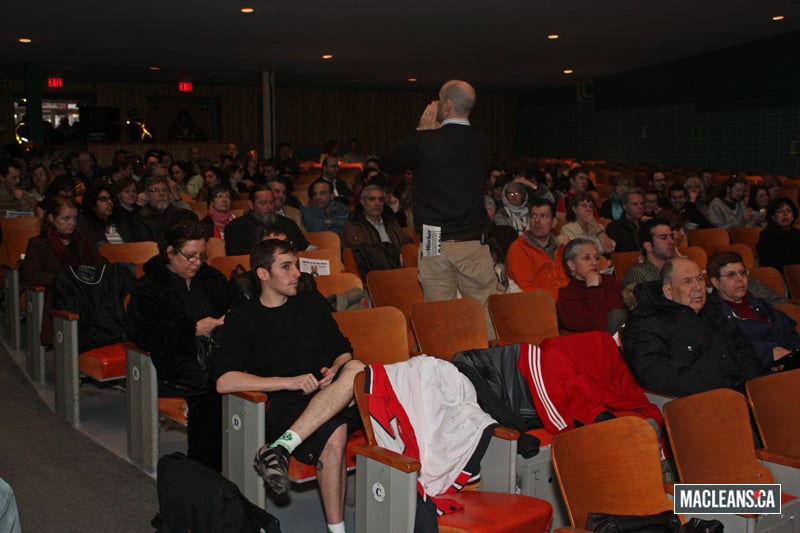 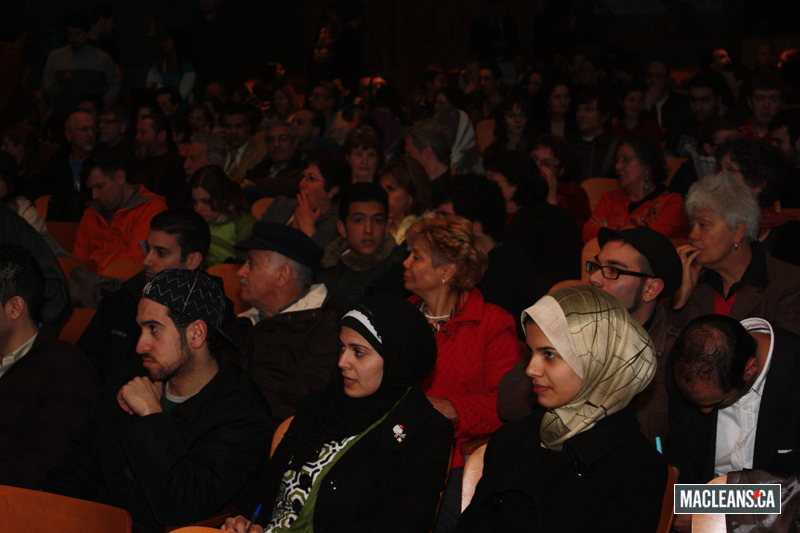