A charity rugby game on the lawn of Parliament Hill pitted the Ottawa Irish Rugby Club against Forces Rugby, a special one-time team for the event. Forces Rugby included over 20 military personal and Defence Minister Peter MacKay (below with rugby star Morgan Williams), who broke his arm after being tackled by rugby legend Al Charron. The charity match raised $25,000 for the Military Families Fund which was set up Gen. Rick Hillier. 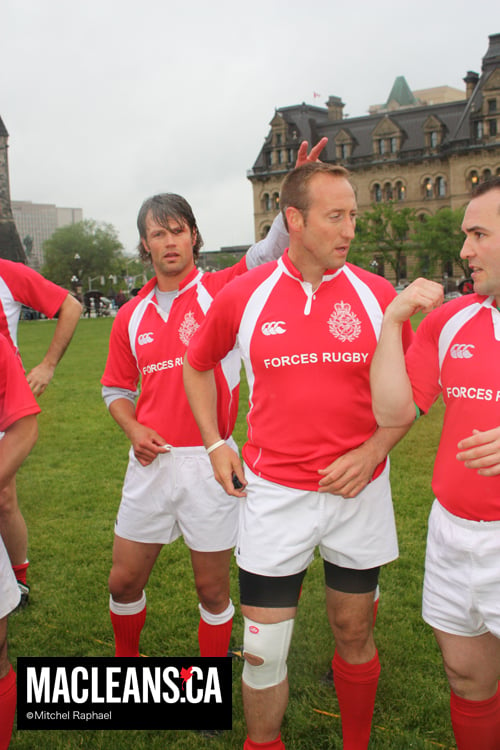 The event’s organizer Tim Powers of Summa Strategies, a Conservative commentator and member of Ottawa Irish. 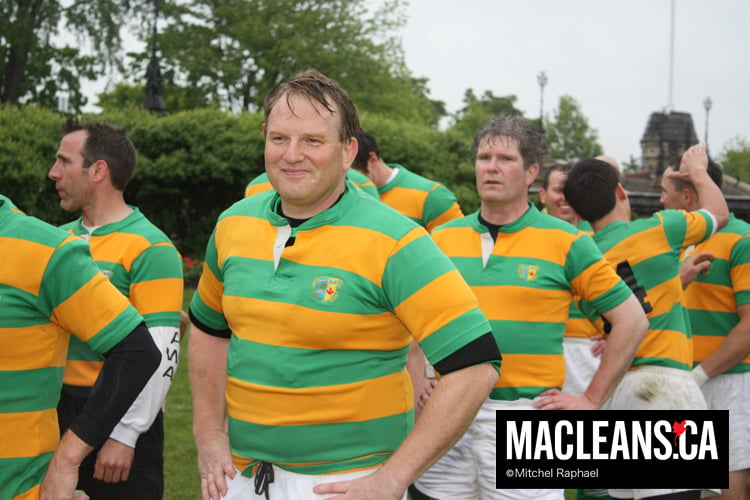 Up and coming rugby star Galen Flaherty, son of Finance Minister Jim Flaherty. Young Flaherty is captain of the Bigside Rugby Team at Trinity College School in Ontario and was recently given the MVP Trophy for Rugby. 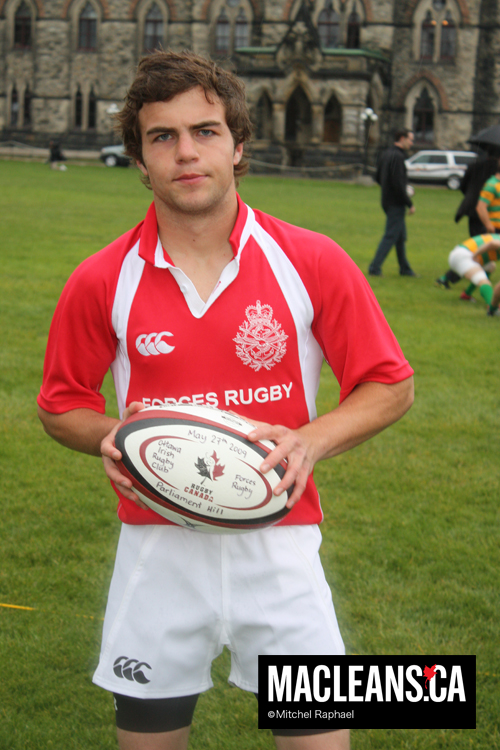 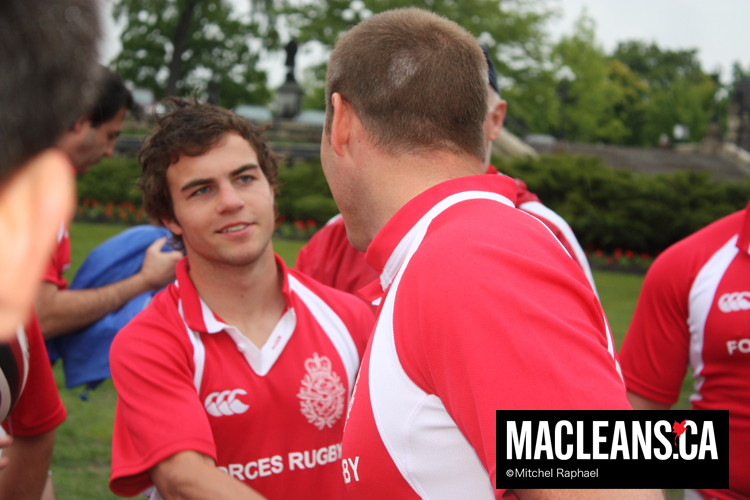 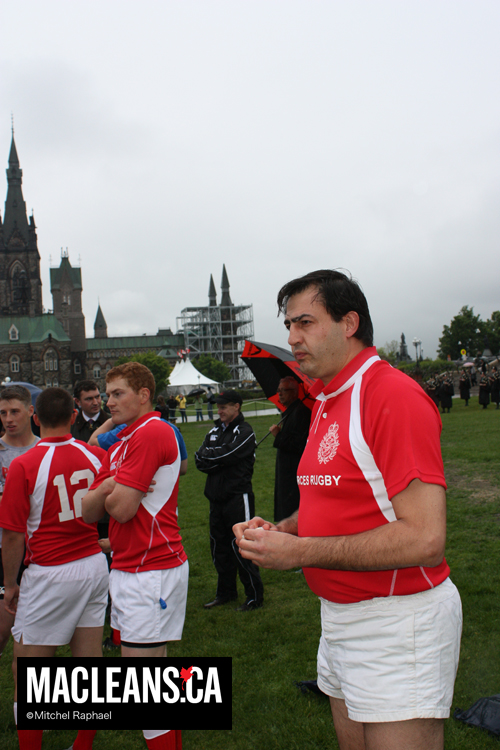 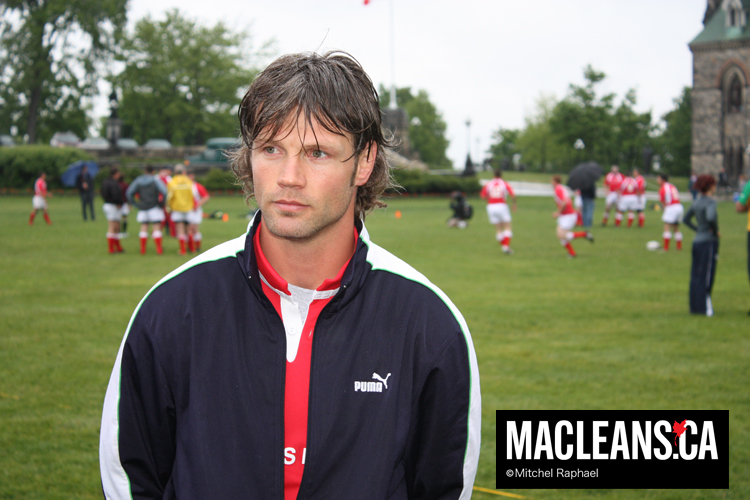 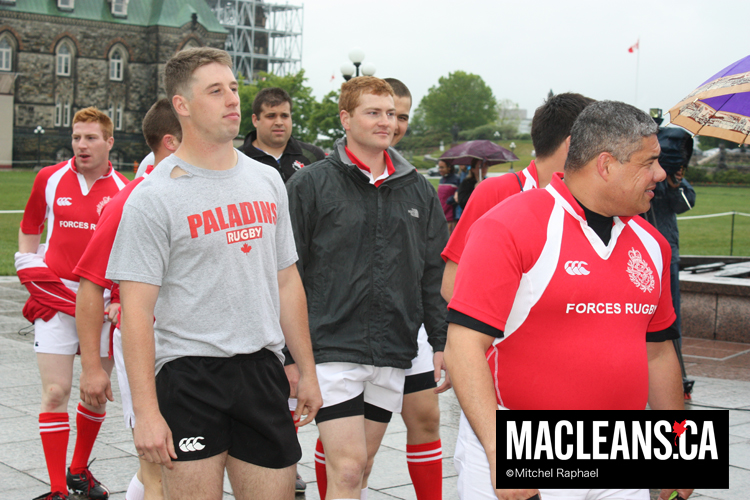 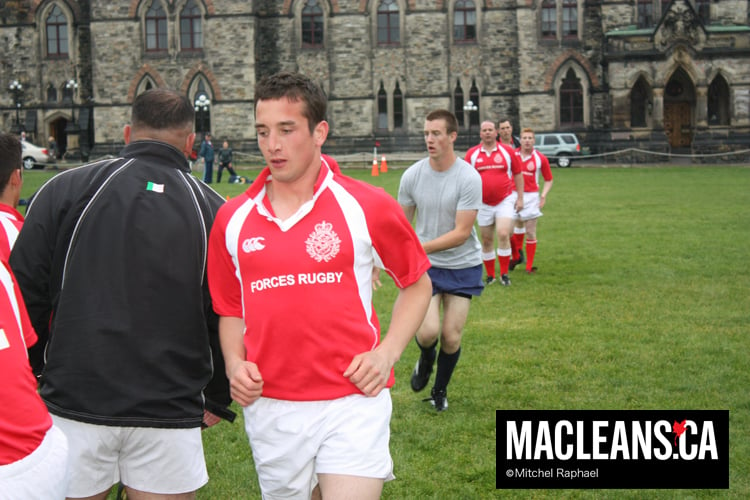 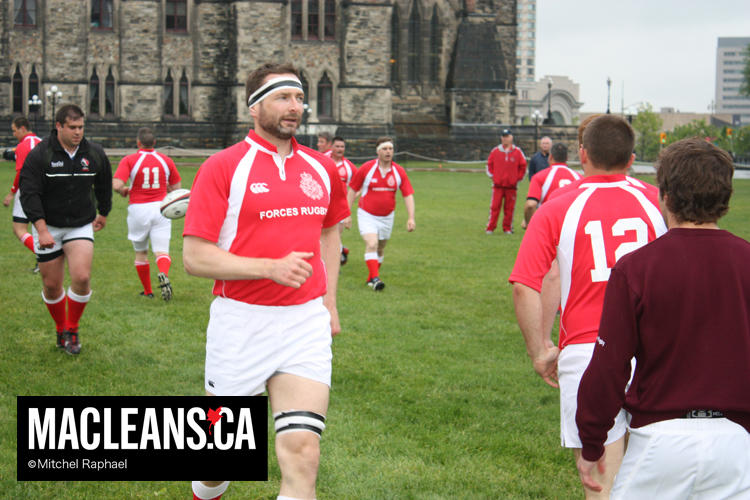 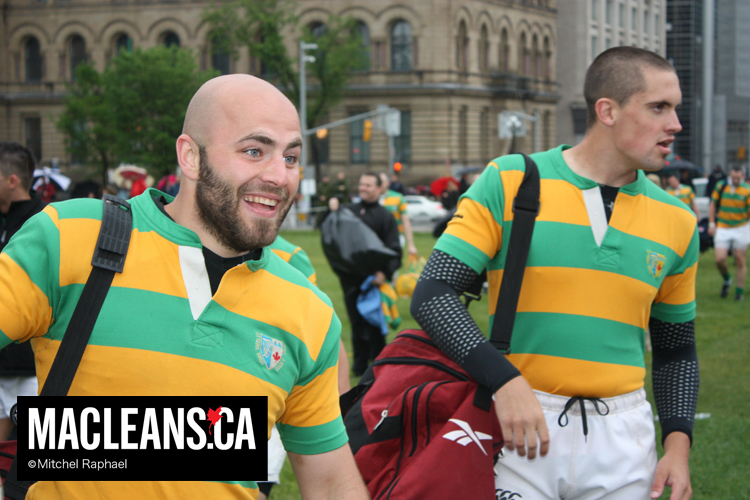 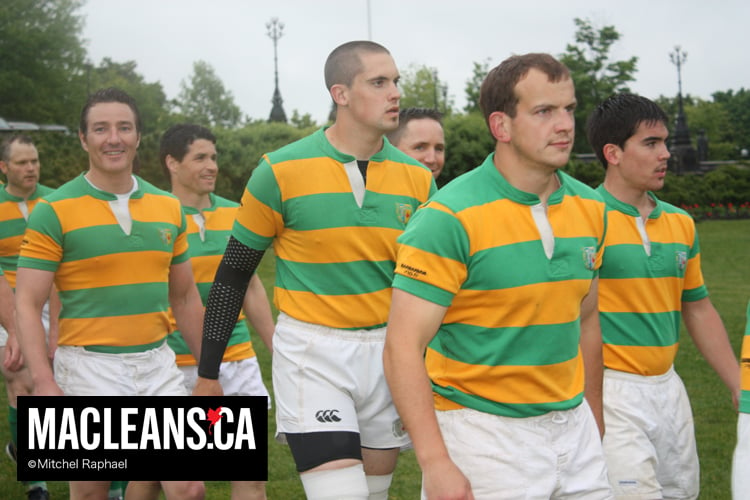 MacKay a few days later in a cast. 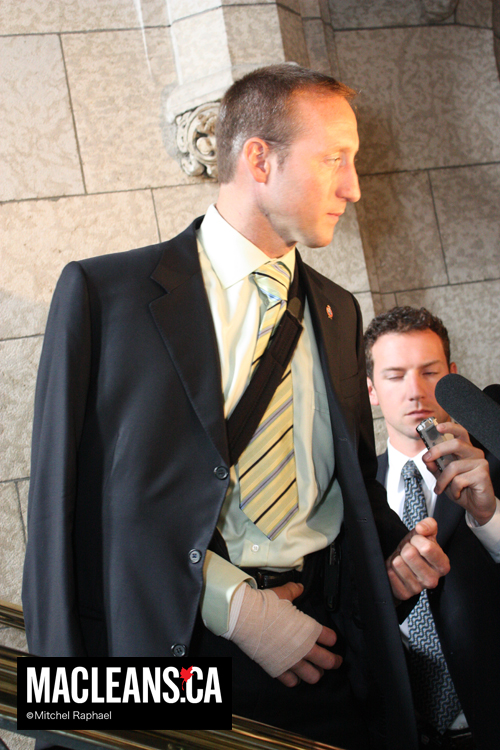