Read and watch the winners here 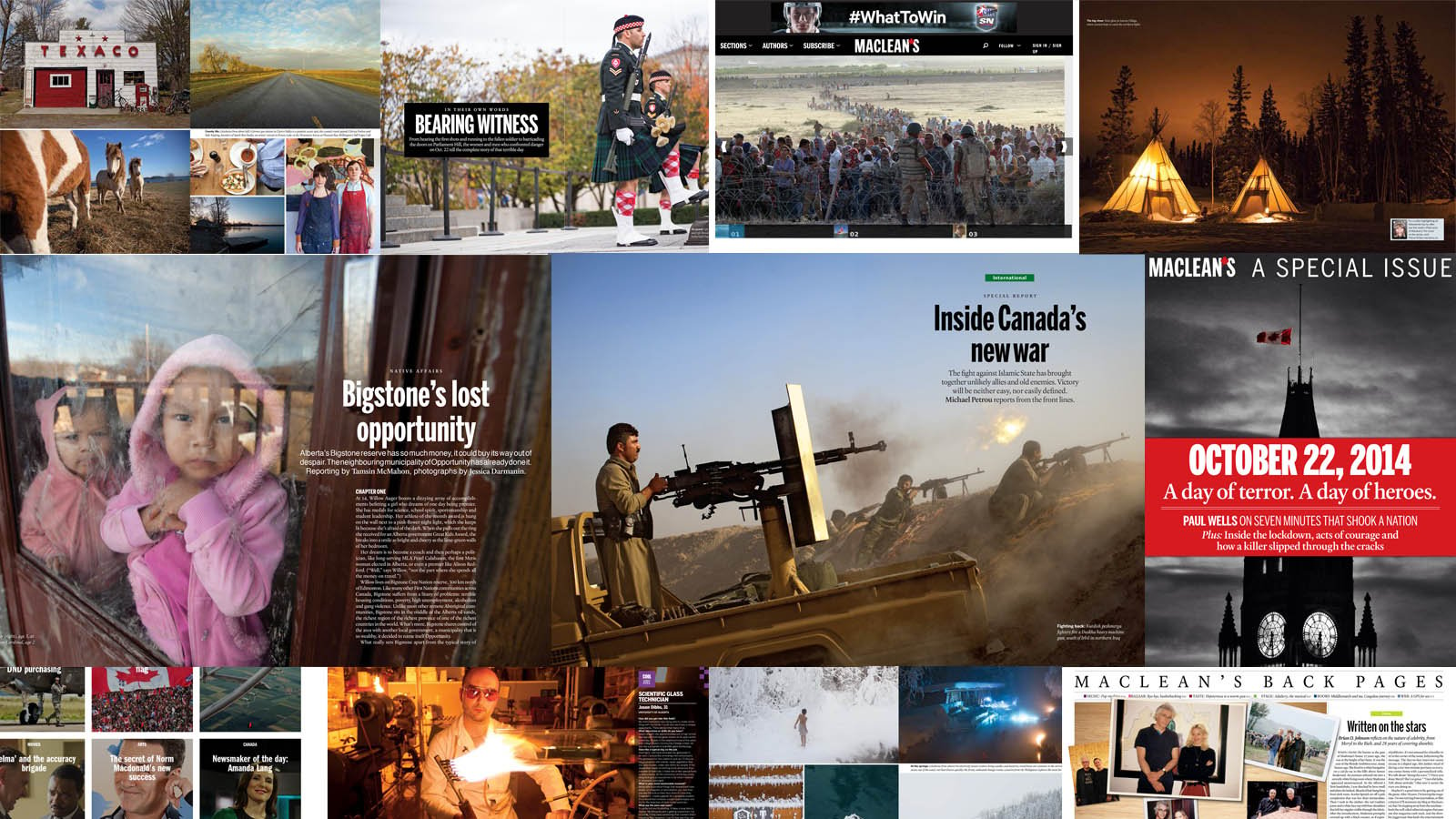 With its four wins, the magazine received the sixth-most awards of any Canadian magazine, ranking behind The Walrus—which, with nine awards, placed first—and sister publication L’actualité, which earned eight, among others.

See the winners below, and find the full list of the 19 Maclean’s nominees here.

Maclean’s sister publication L’actualité received golds in the Investigative Reporting and Politics & Public Interest categories for “Crimes sexuel dans l’armée,” by Alec Castonguay and Noémi Mercier. The article, translated into English, was a Maclean’s cover story in May. Read it here.