Must-reads: Andrew Cohen on Judaism in Poland; Jonathan Kay on the decline of jihadism; Barbara Yaffe on the gender equality commissioner.

Apologies, accusations and advice
The pundits weigh in on parliamentary contrition, Oily the Splot and a gender-balance promise too far.

The Calgary Herald‘s Don Martin believes tomorrow’s apology to the victims of Canada’s residential school system is “doomed to disappoint in some quarters,” which in turn creates a risk that Canadians will become “flippant or fed up with the government response to the … tragedy.” (It’s already beginning—on National Post property, anyway.) And on both sides of the aisle in the House of Commons, Martin says there’s a growing sense of weariness over the number and frequency of the apologies Ottawa is handing out. “Sincerity can’t be bought,” he warns, “but cynicism can.”

You can’t blame the Tories for “framing [Stéphane Dion’s] foolishly free-form carbon tax musings to their advantage,” says the Toronto Star‘s James Travers. “Blame them instead for being parsimonious with their own truths and, most of all, for slamming shut the government doors they promised, hand solemnly over heart, to throw open”—that is, for those who don’t speak the Traversian dialect, blame them for making government less open and accountable having promised to do the exact opposite. In fact, he argues, juvenile ad campaign creations like Oily the Splot are a necessary “diversion” for a government perpetually using “minority guerrilla tactics” to keep Parliament’s various committees out of its Cadscam, in-and-out and NAFTA-disasta business.

The Vancouver Sun‘s Barbara Yaffe believes Dion has made a welcome commitment to advancing the cause of women in his cabinet—should some unforeseen event afford him the chance to form one, that is. And he has a natural advantage over Harper in courting female votes, she says, given that he’s “more approachable, more vulnerable,” and doesn’t have “icy blue eyes.” (That’s the third time she’s mentioned Harper’s eyes since January, incidentally. It might be the shallowest criticism of a politician we’ve ever come across.) But Yaffe has no time for Dion’s proposal to create a commissioner of gender equality, since it would privilege women above other disadvantaged groups and thereby “diminish the merit principle.”

The rise and fall of jihad
“Once mass murder is legitimized as a means to fight some imagined enemy—saboteurs, Jews, Kulaks, infidels, monarchists, whatever—its use inevitably spreads to infect the entire society,” the National Post‘s Jonathan Kay argues, at which point the “Reign of Terror is either institutionalized for generations (Lenin), or turned on its architects (Robespierre).” Reports of “militant jihadis … turning away from al-Qaeda’s nihilistic agenda” in droves suggest the latter may be occurring within Islam, he suggests, in which case there may be nothing fundamentally wrong with Islam, as so many have suggested. It may “simply [be] passing through the same vicious spasm of nihilistic violence that other traditional, agricultural, patriarchal societies have endured as they make the wrenching transformation into modernity.”

Jihadism isn’t just alive and well in and around the Kandahar cemetery, the Star‘s Rosie DiManno reports. In fact, the mass grave of 70 Arab Al Qaeda fighters killed in an air strike in 2001 has become a full-on shrine—a pilgrimage for “childless women seeking fruit of the womb, invalids, fathers of mentally disabled boys”—where miracles are purported to occur. Worse, she says, is that “as the years pass and the quality of life fails to improve in combustible Kandahar, there is ever more nostalgia for the Taliban,” or at least for the order, gruesome as it was, they brought to the country.

The Toronto Sun‘s Peter Worthington dismisses any and all comparisons between the American draft dodgers who came to Canada in the 1960s and the “deserters” who are now seeking asylum status. “They aren’t necessarily cowards,” he writes. “Most probably just haven’t the stomach for a second tour. So they dig up another reason—like saying they disapprove of why the U.S. went to war.” But no argument can erase the signature on their enlistment papers, he notes. “The honourable thing—the courageous thing—would be for deserters to return to the U.S. and face the consequences for their “mistake” in volunteering to go to war.”

The new Europe, and the old
The Globe and Mail‘s Jeffrey Simpson has been dispatched to Dublin, where he exhorts a stout-addled nation to count its blessings and vote Yes in the referendum on the new EU constitution. “Joining Europe gave Ireland a chance to diversify its economy, get out from under Britain’s economic shadow, subsidize massively its farmers, attract huge EU funds for infrastructure, and punch above its weight in Brussels,” he fumes. “Gratitude, it would appear, is in short supply.” (We especially like the part where Simpson grudgingly notes that citizens of other countries might very well have voted No too… had their parliaments not decided on their behalf. Curse these meddlesome democracies! All will bow to the “ever closer union“!)

Andrew Cohen, writing in the Ottawa Citizen, looks at the revival of Judaism in Poland—museums, monuments and, in Krakow, “restaurants, bookstores, exhibitions and even an annual Jewish cultural festival subsidized by the government.” But at this point, he says, it’s mostly “Judaism without Jews,” and it remains unknown how willing the populace is to accept both Jewish immigrants and those, in the words of one rabbi, “coming out of the wardrobe.” “Until there is a new community of Jews, testing the new regime of tolerance, we cannot know if the graveyard of Judaism can be its cradle,” Cohen concludes. 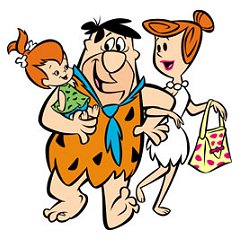 The Globe‘s Margaret Wente surveys the great lengths to which Canadian parents go to protect their children from purported threats to their well-being—Bisphenol-A, pesticides, toxic mould, perfumes, bacteria and the “killer rays” of the sun, just to name a few. Considering the weighty tomes of evidence suggesting at least some of these pose no real danger, one might reasonably ask why intelligent breeders go to such extremes. Wente hypothesizes that the hardwired maternal instinct still imagines “babies … being gobbled up by sabre-tooth tigers“—and thus, in our vastly safer world, mothers have been forced to turn their attention to subatomic threats.

The Montreal Gazette‘s Don MacPherson looks at the proposals from the various Quebec parties to give the province more of a say in CRTC operations—or to secede from it completely, according to the Parti Québécois’ proposal, which would give the government control “over not only the licensing of English-language stations but also the funds allocated by the CBC for its English-language network in the province.” The Bloc Québécois, meanwhile, seems intent on saving TQS—which will be of no concern for some, and cause for celebration for others.