NDP media folks Ian Capstick and Gaby Senay held a goodbye party at Hy’s Steakhouse in Ottawa. Capstick is launching a new company called MediaStyle in January. Here they are with Richard Brennan (centre) of the Toronto Star who is also the President of the Press Gallery. 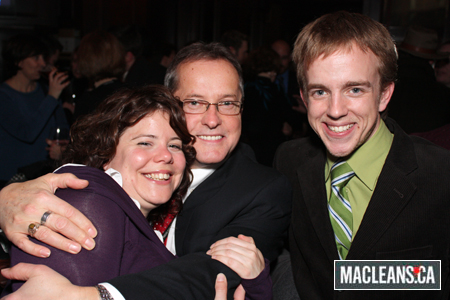 Transport Minister John Baird happened to show up at Hy’s that night sporting an orange tie. 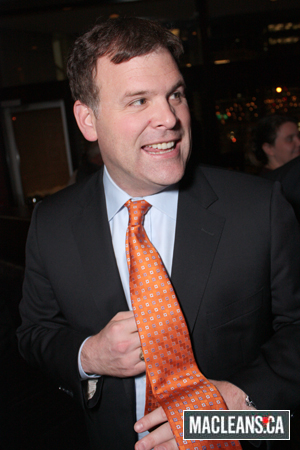