Satirical newspaper The Onion has named North Korean leader Kim Jong Un the sexiest man alive for 2012 and their case for the Supreme Leader was so convincing that it seems to have tricked Chinese communist newspaper People’s Daily, which wrote an online story about the award. 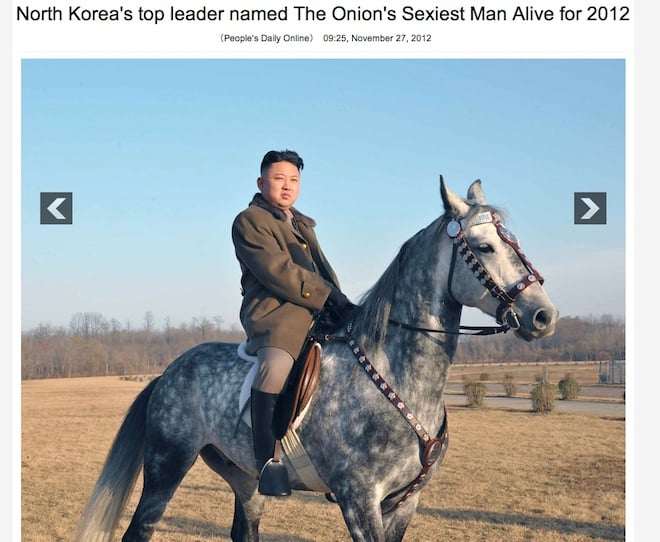 For anyone not familiar with The Onion (a population that may include the editors at People’s Daily), all of the “news” in The Onion is fake.

“With his devastatingly handsome, round face, his boyish charm, and his strong, sturdy frame, this Pyongyang-bred heartthrob is every woman’s dream come true,” writes The Onion, which promises a 14-page photo spread of the Supreme Leader in its Friday print edition.

Past men to be honoured with The Onion‘s sexiest man alive title include Syrian president/dictator Bashar al-Assad in 2011 and convicted fraudster Bernie Madoff in 2010.

FILED UNDER: lost in translation