On your marks, get set, pay! 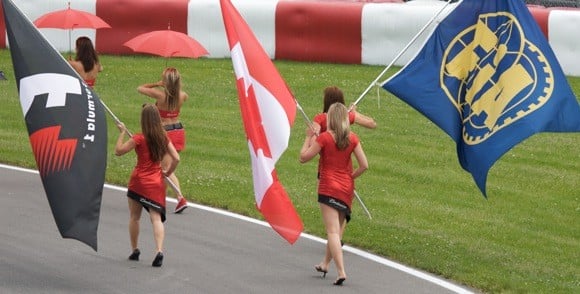 The entire time I lived in Montreal, I observed a simple but sacred rule: When the F1’s in town, I’m not. It wasn’t the race itself that made me flee to Quebec City or to a campground in Charlevoix; it was the people who attended the thing—and, more specifically, their compulsion to take over the city with their Merit Badges of Midlife Crisis. Needless to say, I didn’t mourn the F1’s disappearance from Montreal’s summer calendar.

Now, as if the F1, with its boorish fans and its creepy executives, could get any more obnoxious, a report in yesterday’s La Presse says it’s angling for a sweetheart deal from the federal government to help cushion its return to Montreal. Bernie Ecclestone, Formula One’s head honcho, has already secured a cool $75 million (over five years) from the provincial and municipal governments, but he’s now after written assurances from Revenue Canada he won’t have to pay any income tax on the cash. Ecclestone cryptically laid his cards out on the table last week, saying, “When I come back from Japan next week, I’m going to need final answers to all of our questions. If I don’t have them, there won’t be a grand prix in Montreal.”

So, if I’ve got this right, the billionaire owner of a racing franchise that appeals to showy millionaires is threatening Ottawa in order to avoid paying taxes on allocations from cash-strapped local governments. (Meanwhile, students pay taxes on scholarships. Go figure.) I’m trying to suppress my inner class warrior here—I really am. But I’ll be damned if I can understand why anyone wants this race badly enough they’re willing to bend over to make it happen.

FILED UNDER: Formula One Montreal racing