Lessons from my Dad

Paul Wells thought he knew all his father's stories, but then he read his book 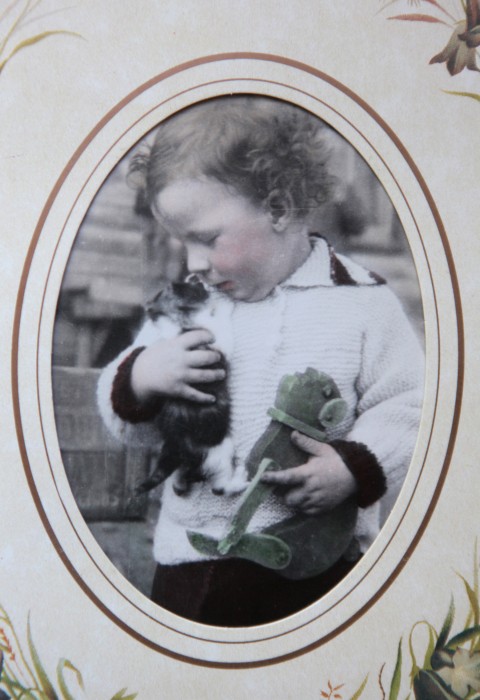 My father loses his temper so rarely that some of my most vivid childhood memories are of his uncommon moments of fury.

Once, in a house-league soccer game in a field five blocks from our house, he got tired of watching me not even pretend to try. He berated me, briefly but with great effect, in front of the other parents and my teammates.

Much later I realized he never said a harsh word if we didn’t win or I didn’t score. It was no secret that my gifts didn’t lie within the lines of any known or imaginable sporting field. When I stopped playing altogether, my father did not protest. But as long as I was playing, I was expected to put in a serious effort. Results didn’t matter, but failure to try was inexcusable. Later still, I realized that effort is a necessary ingredient of success, and often its sufficient condition. So that was one lesson my dad taught me.

Another time it was my brother Mark playing the game. I was just a spectator, or not really even that, passing the time with my nose in a book, as usual. Nearby, an older boy was amusing himself by bullying a smaller boy, knocking him to the ground, ignoring his protests. I was astonished when my father appeared from nowhere, knocked the big kid off the small one and sat on his chest just long enough for the big kid to understand he was no longer in charge of much at all.

“How do you like that?” my father demanded. “How does that feel?” Then he let the kid get up, dust himself off, and flee. We didn’t discuss the moment later, have not ever discussed it since, but I think about it often. I have never liked a bully, and I know exactly where I got that from.

My father, Allen Rollins Wells, turned 80 last year. In one of his weekly emails, he announced he had started writing his life story. This spring it came out as a little book with a blue cover, The Winter Count, in a print run of a few dozen copies on Xlibris, a self-publishing company in Bloomington, Ind.

Now, my dad is well-respected around Sarnia, the southern Ontario city where I grew up. He had a good career as a teacher and education administrator. He volunteers for everything. But he is not a man of famous achievement and I took his little book project to be the sort of thing one does at a certain age, a harmless distraction. Then my copy arrived. I read it and discovered an astonishing tale. I learned early as a reporter, or should have learned, that everyone’s life is an astonishing tale. But you get older and jaded, and some lessons need relearning, and now I owe this one, too, to my dad.

Allen R. Wells was born to Egbert Wells and Isabella May Rollins Wells in January 1931, on a homestead outside the town of Macleod in southern Alberta. “1931 was not a good year in which to be born in Alberta,” he writes. “The price of marketed wheat had fallen to below the price of seed. The constant dry winds carried topsoil, newly planted seed and hope, all away, together.”

His own birth, he writes in characteristic deadpan, “did not go well.” His mother was 43, with three other children. Forced to make a quick choice, the doctor decided to save her and lose the baby. “My head was crushed in the birthing process. My heart was ill-formed preventing the proper oxygenation of the blood, making the skin seem blue. As a little corpse, I was set to one side.”

When his mother asked after her baby, the doctor replied, “Don’t try to resuscitate him. He’ll only be a vegetable.”

But Isa Wells had a stubborn streak and she was not interested in giving up. She kept the baby. “A new threat arose,” my father writes. “The collapsed left side of my skull discouraged growth on the right side of my frame. I grew in the shape of a comma. My mother’s massage over the course of a year led to final approximate uniformity.”

Meanwhile, his family had land to tend. Crop failure led to bank debt. A bad tenant led to bank default and foreclosure. The family moved to West Bend, Sask., where they lived, “probably eight people in two rooms,” for two or three years. My dad, “a little boy whose only mandate was to keep out of the way,” learned about the flowers and birds of the region, and with his grandmother’s help, he learned to read the Katzenjammer Kids strips in the newspapers. The strips featured a teacher and a truant officer; young Allen was programmed early to consider spending his life at the front of a classroom.

“Climbing a willow tree,” he writes, “holding a branch aside to get a clearer view of a robin’s nest, my foot slipped and the branch slashed across my eyes.” This is the only story out of all of these that everyone in the family has always known, because Dad grew up pretty nearly blind in his left eye. He used to amuse himself by announcing to my friends, as he drove us to some rehearsal or practice, that he couldn’t see the road, which was only about half true.

Recounted in full, the story is less amusing. In 1937 the family had given up on Saskatchewan and moved back to Alberta to try its luck in Vermilion. Dad was six and off to school, but a medical examination revealed that he was blind in his left eye and likely to lose his right. His father sold a purebred Holstein cow to finance a train trip to Edmonton for Allen and his mother.

The doctor in Edmonton had been shot in the forehead in the Great War, “leaving a depression that just held a nickel.” He would stick a nickel in the dent in his forehead and tell a kid to look at the nickel while the eye examination was under way. Understandably, Dad had no trouble fulfilling this assignment, and eventually Dr. Brown dug the nickel out of his forehead divot and gave it to six-year-old Allen. But the operation was not a success, and since he was now expecting a life of blindness, my dad started teaching himself to read Braille. He pondered careers in which he would not need eyesight to succeed. Perhaps he could become a preacher or a musician.

He made the journey back to Edmonton in 1938 for another eye operation, afterward lying in a ward to see whether the procedure had worked. “The first night the girl on my left died. I cultivated a friendship with the girl on the right . . . The second night, that girl, on my right, died.” This operation, too, seemed a failure, so for years after, Allen was not sure whether, or when, his only good eye would give up the ghost.

In the meantime he went to school, in Vermilion and then in Islay, usually with his older sister Jean, sometimes on horseback. “When the winter turned cold, and it always turned cold, we stayed home. The first year I attended a full year of school was for my second year at university.” In high school he was nearly the only country boy in a town where most of the other kids could get home for lunch and back. He stayed and read back issues of National Geographic.

All that time away from teachers and other children turned out to be good for him. By the time he was 13 he was in Grade 10, which is two years ahead of schedule. In 1947 he became the youngest student to study agriculture at the University of Alberta.

He graduated in 1951, at 20 years old. I won’t spoil too much of the rest of the book for you. He worked a brief stint at the Dominion Experimental Farm in Yellowknife, moonlighting as a bouncer at a dance hall, where the drunken crowds kept the peace out of sympathy for the scrawny kid who would have had to try to discipline them. He moved to Pembroke, Ont., and sort of fell backwards into teaching. “The children were really nice to me . . . They received probably the world’s worst education from me.”

Two years later he was teaching in Barbados, and a decade later in Sierra Leone. Soon after that the story takes him to Sarnia with my mother, Eleanor, to teach high school math. This may be an anticlimax, although it is where I make my first appearance, the last of four children, David, Zanda, Mark and Paul. Along the way Dad became, in 1957, the first Canadian to play the Trinidadian steel pan on Canadian television; came down with malaria; earned a doctorate by correspondence; and served as the founding editor of the Canadian Journal of Educational Administration. A few years ago the doctors finally fixed his right eye, so he saw better after 70 than he had since before he was 5.

Somewhere between Pembroke and Sarnia he became a very good teacher indeed. He always swore it was because he had no particular ability in math, so he had to figure out how to do everything in a way that even he could understand it. From there it was a short step to explaining to others how to do it. For whatever reason he was my best teacher and, as math got harder in high school, he would invite my schoolmates, sometimes a half-dozen at a time, for group tutoring sessions. I was a second-year chemistry major at the University of Western Ontario before I realized I actually don’t know how to do math.

He retired as the director of the local school board in 1989 and then again, from one function or another, every few years ever since, but he probably still gets more done in a week than I do in a month. Every Saturday, when I was a child in school, we would load up the car with library books to return to the Sarnia Public Library and Art Gallery and return home with a new load. Some weeks there would be 40 or 50 books making the trip each way. I grew up believing everything is interesting, from history to astronomy to limericks to horticulture—well, maybe not horticulture; I left that to Dad—and that no knowledge is beyond reach of a week’s leisure-time reading. That this was the best possible preparation for a life in journalism occurred to me only much later.

Something else occurred to me only on reading my copy of The Winter Count. My dad’s boundless curiosity and industry are traits he developed early, when he was never sure of survival and even less sure his eyesight would last. He has had a hunger for life and knowledge, and a gentle and loving respect for both, that I have rarely seen in anyone else. It is deeply characteristic of this quiet man that he did not tell us these stories growing up, so I always assumed his way was the way that everyone faces life, or should. That’s another lesson I learned from my father without knowing, at first, that I had learned it. Happy Father’s Day.