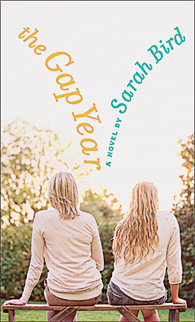 Cam Livesey wakes up one day to discover that her teenage daughter Aubrey is missing. Or rather, the daughter Cam once knew is missing. In her place is a beautiful yet eye-rolling, lippy, constantly grumpy, deceitful young gal. What happened to the helpful, fun-loving kid who used to snuggle with her and read The Secret Garden? Sarah Bird executes a marvellous rendering of what is surely the Bermuda Triangle of parenting: that cringing stage between a child’s last years of high school and first year of university when a switch goes off in your teen’s head and they transform into cunning, monosyllabic aliens with attitude.

Parents turn into super-valets—so eager to please and be needed as they suffer their offspring’s dismissiveness. When something goes awry even a conscientious parent like Cam is left flailing: “What do I do now? I have no idea on earth where my daughter is. I no longer know any of her friends. And even if I could track her down, then what do I do? Stand outside a locked door and scream at her? Call the police to drag her home? At which point they ask how old she is and hang up when I say 18.” Sound familiar?

Single parent Cam is trying to hold it together for one more day, long enough to get her daughter to the bank to cash out her trust fund to finance her first year at university. Thing is, Aubrey has other plans that involve a life she hasn’t told her mom about, and an enigmatic badass boyfriend with secrets of his own. But this is not a bleak novel; it’s funny and smart. Alternating diary entries penned by both Cam and Aubrey during a particularly icky year bristle with bull’s-eye wit and honesty. Cam’s job as a lactation consultant (she’s known in the neighbourhood as “the boob whisperer”) becomes more ironic as the story progresses: she has a knack for getting infants to latch on to their mothers, and an oblivious inability to detach herself from her young-adult daughter. The story is as much about connecting as about letting go. Think you know your kids? Think again.