REVIEW: The reinvention of love 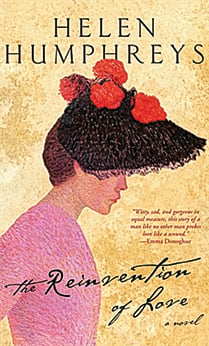 History, that incubator of stranger-than-fiction stories, provides the plot outline for Humphreys’ intriguing new novel set in the literary ferment of 19th-century Paris. Its focus is the doomed affair between journalist and literary critic Charles Sainte-Beuve and Adèle Hugo, the wife of Victor Hugo, Sainte-Beuve’s friend and neighbour. It’s a tale whose potential scope is as epic as a Hugo novel, given the sensational details. Cross-dressing! Hermaphroditic genital malformation! Social climbing at the court of Napoleon III! Literary rivalries! Insanity!

Yet Humphreys, a nuanced, evocative writer, chooses to fill in the bold outline gently, even pallidly, with pastel hues, alternating Charles’s and Adele’s voices over 30 years. Their affair, conducted in hotel rooms and furtive public meetings for which Sainte-Beuve disguised himself in his mother’s clothing as “Charlotte” with odd alacrity, is truncated, though not because of Sainte-Beuve’s hermaphroditic genital malformation, “a sex the size of a snail,” which turns out to be a bonus for Adèle, who doesn’t want more children. When the arrogant Sainte-Beuve boasts to Hugo he’s bedding his wife, the writer moves the family across the Seine and later to virtual exile in Guernsey, where lovesick Sainte-Beuve later pops up.

It’s not a spoiler to say they don’t live happily ever after. The pompous Sainte-Beauve spends his life pining for Adèle, social climbing at court, travelling in circles that include Chopin, Alexandre Dumas and George Sand (another cross-dresser), and philosophizing about love and his encroaching mortality.

The sympathetic Adèle fares more poorly: tethered to a self-preoccupied husband who flaunts his mistress, devastated by the drowning of her eldest daughter, and unhinged by her daughter Adèle’s dramatic descent into insanity. Her death of heart trouble warrants only one line in Sainte-Beuve’s account. It isn’t the only glaring misstep. In another, Sainte-Beuve, who died in 1869, mentions Marcel Proust, born in 1871, which would make him clairvoyant. Then again, given the extraordinary details that animate this pale yet oddly compelling fictionalization, maybe he was.