La première étoile: Alex Rodriguez. On Sunday night, the Yankees third baseman socked his 536th career home run, tying Mickey Mantle for 13th on the all-time list. The next morning, his wife filed for divorce, citing his alleged late-night fling with Madonna. It’s now official, sports fans: the A in “A-Rod” stands for Alimony. Bags and bags of it. 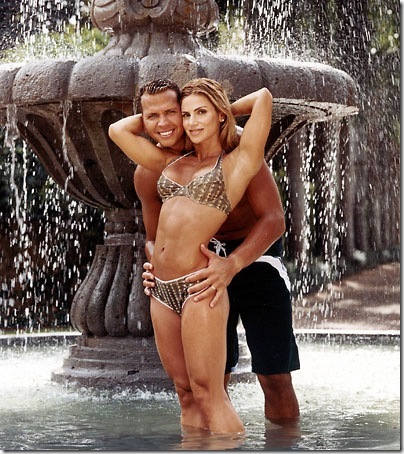 Two minutes for…redefining the awkward moment. To John McEnroe. The greatest crybaby in the history of tennis nearly shed a few tears in his post-Wimbledon interview with Roger Federer, the man on the losing end of Sunday’s fantastic final. McEnroe was so choked up about the match that he demanded a goodbye hug from Mr. Federer. And you thought Jim Gray was inappropriate?

Who’s got tickets? Miller Park, Tuesday night, Milwaukee Brewers vs. Colorado Rockies. C.C. Sabathia, the Brew Crew’s new ace, will make his Milwaukee debut in front of a home crowd itching for playoff baseball (it’s been 24 years since the Brewers played an inning in October). A tip for all you hecklers in the National League Central: C.C. stands for Carsten Charles.

Fun police: Three Canadians (Ryan Dempster, Russell Martin and Justin Morneau) will play in next week’s baseball all-star game—triggering the obligatory round of stories about Canadian athletes who are actually talented enough (wow!!) to share the same field as Americans. In recent years, we Canucks have cheered for an NBA MVP (Steve Nash, twice) a Masters champ (Mike Weir) and an American League MVP (Morneau). So why do we act so bloody surprised every time a Canadian fields a ground ball.

Extra bases: Let’s start with a correction: Todd Bertuzzi is not dead yet. He’s turned up alive and well in Calgary…Little Matty Stajan is a Maple Leaf for a couple more Stanley Cup-less years…Which is probably the same amount of time LeBron James will stay in Cleveland before bolting for the Big Apple.