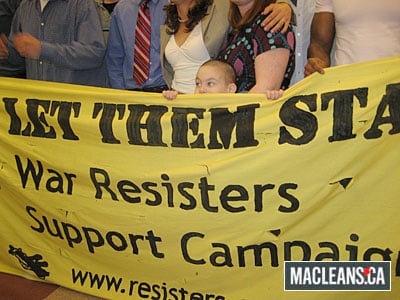 It was a very tattooed crowd when American Iraq war resisters were on the Hill to celebrate the passage of a non-binding motion brought in by NDP MP Olivia Chow to let them stay in Canada. 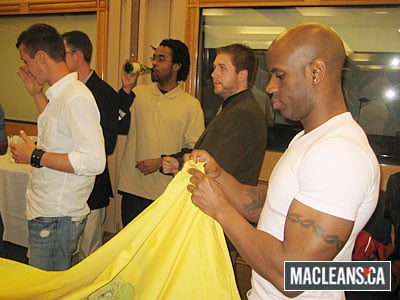 Detroit’s Richard Droste, who served four years in the army as a combat engineer and is a scorpio, sports a scorpion tattoo. 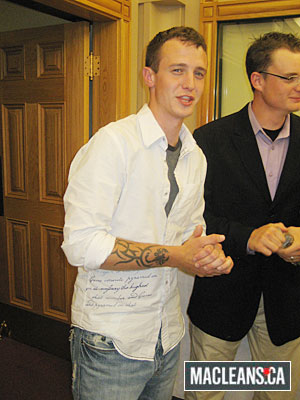 Aslan Lamarche arrived in Toronto in March with his arm already tattooed with the Marine Corp symbol that combines an eagle, globe and anchor. Once in Canada he got “Miami” and number 305, Miami’s area code, tattooed on his wrist to remind him of home and “Friendship” in Hindi on his arm. 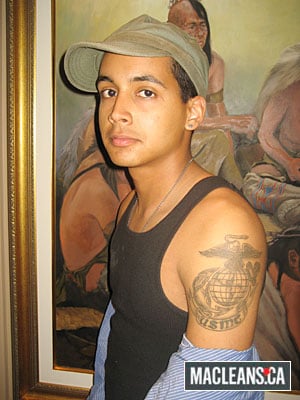 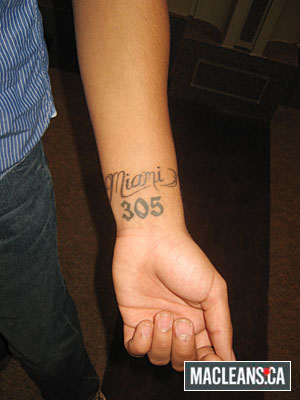 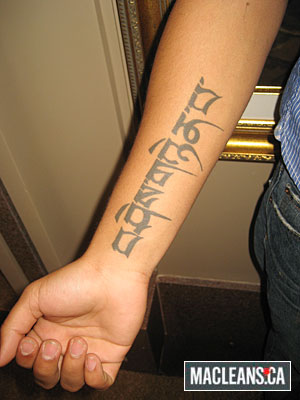 Garrett Riotte shows off his pirate flag tattoo with his boot camp motto “Fortune favors the brave” which he got while in the marines. 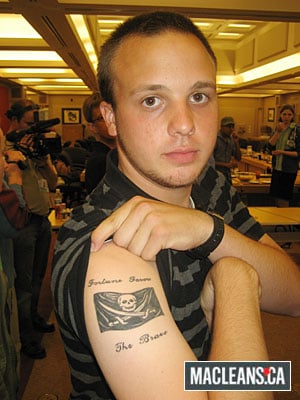 Lee Zaslofsky of the War Resisters Support Campaign came to Canada in 1970 to avoid the Vietnam war. “It was a lot easier for us,” says Zaslofsky. “We had a government in power that was a lot more sympathetic with Mr. Trudeau. We were able to apply at border to get permanent residency in Canada. These war resisters are having to go through a long drawn out process.” Zaslofsky (right) is seen here with NDP leader Jack Layton. 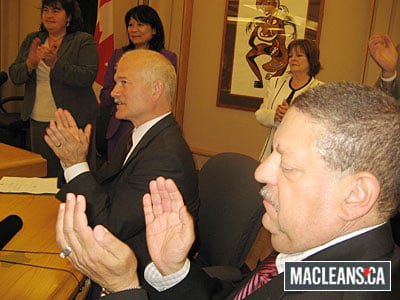 Layton presented him with small casting of Parliament. 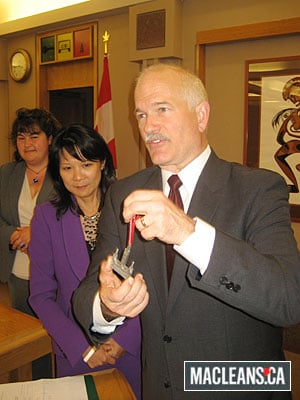