Texas murderer to be first woman executed in the U.S. since 2010 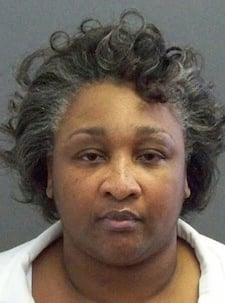 McCarthy’s execution is scheduled for Tuesday evening and it comes after she was found guilty of killing and robbing her neighbour, a retired 71-year-old college professor.

A jury heard that McCarthy called her neighbour, Dorothy Booth, and asked to borrow a cup of sugar before stabbing her with a butcher knife and cutting off the finger on which she was wearing her wedding ring.

She has also been tied to two similar murders from a decade earlier, reports the Associated Press.

Prior to McCarthy, the last woman executed in the United States was Virginia inmate Teresa Lewis, 41, who was killed on Sept. 23, 2010 after she was found guilty of a plot to kill her husband and stepson for insurance money in 2002.

In that same time period, 1,309 men were executed, reports the Associated Press.

It appears that McCarthy’s execution will go ahead, despite a last-minute appeals to both Gov. Rick Perry and Dallas County District Attorney Craig Watkins.