Young Liberals hit Ottawa with a rented van blasting the taped interviewed with PM by Tom Zytaruk for his book y. The Liberal youth are demanding Stephen Harper explain what was offered to Cadman and have set up a website with the interview at explainthetape.ca. They gathered on the Hill and were met by Stéphane Dion. 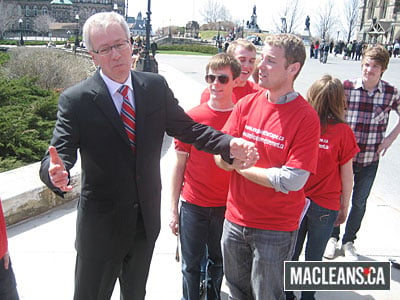 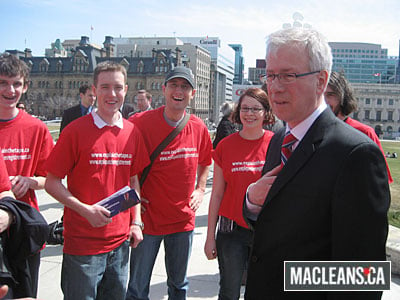 Ken Dryden took his jacket of to pose with the Liberal youth. 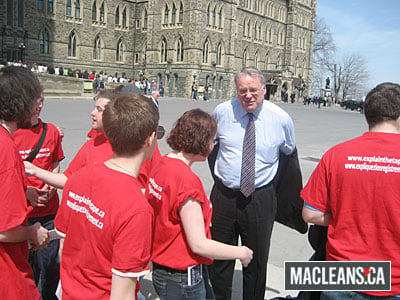 They handed out flyers. 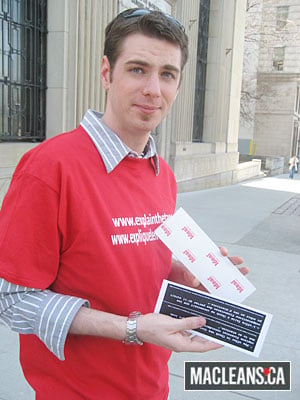 They drove the van right in front of the Peace Tower. 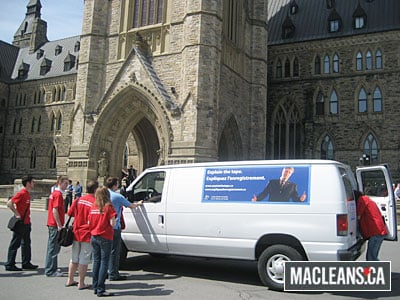 After the van left the Hill, the PM of Iceland Geir Haarde pulled up to see Stephen Harper. 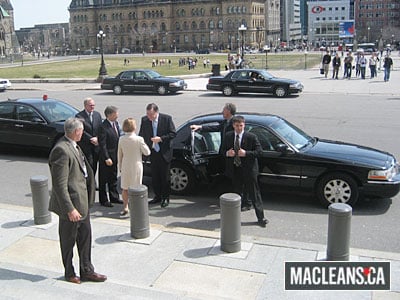