The opposition and beer

The Brewers Association of Canada held a beer tasting party at the Métropolitain Brasserie & Restaurant for the opposition parties. Liberal MPs Wayne Easter and Ken Boshcoff chatted and then… 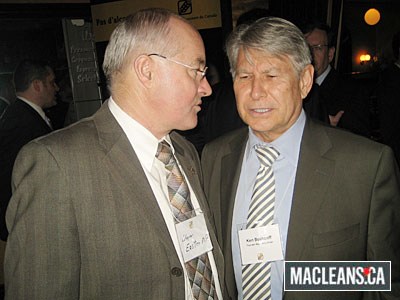 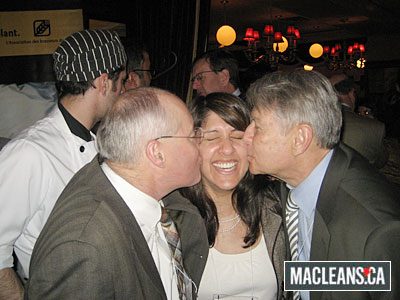 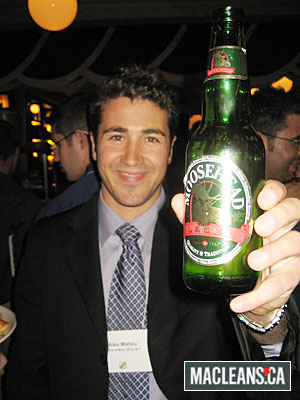 André Fortin (left) with Ian Faris and Luke Harford of the Brewers Association of Canada. 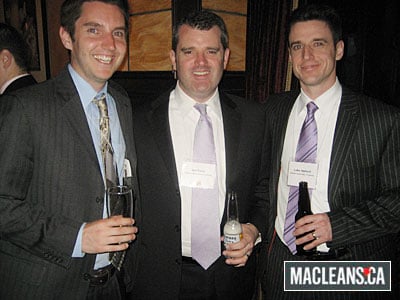 Fortin with Ferg Devins of Molson (left) and Joel Levesque of Moosehead. 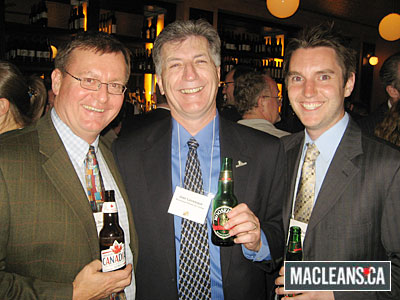 Free beer meant even Bloc MPs like Louis Plamondon (left) and Roger Gaudet were willing to stay on Ontario soil for even longer than they have to. 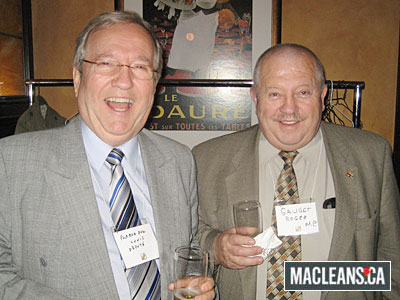 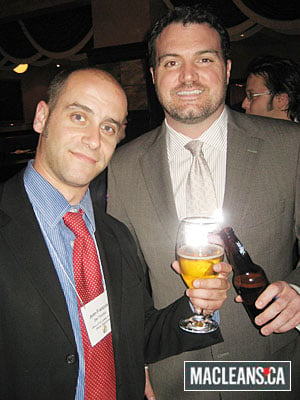 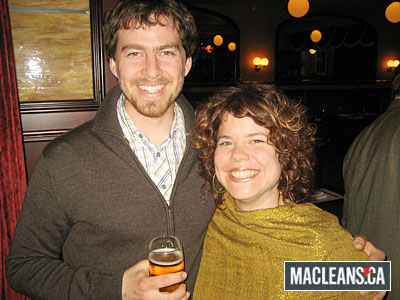 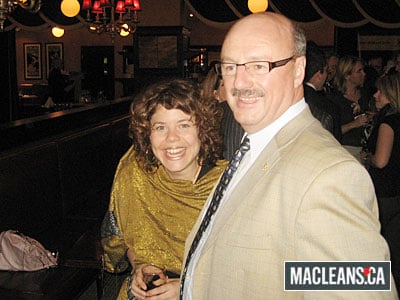 Manning Centre fellow Stephen Taylor, of bloggingtories.ca, and Caroline Séguin of the NAC. 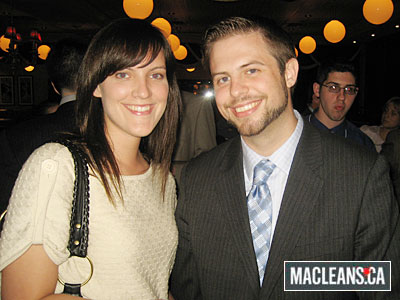 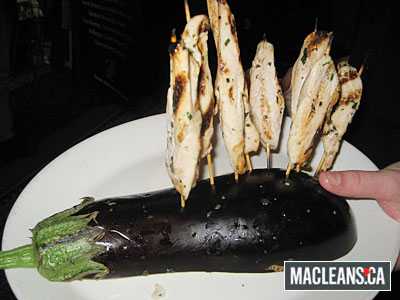