The powers that be: An early look at our 2014 Power Issue 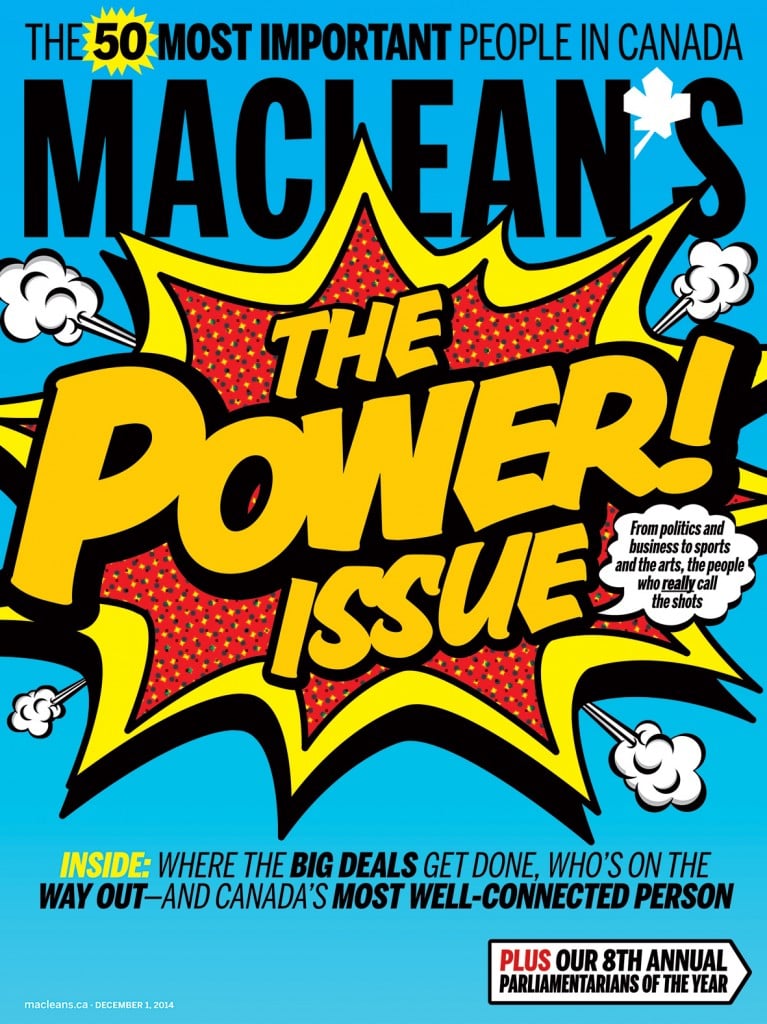 Obsessing over power can feel trivial, even a little decadent. It’s almost too much fun to look at who wields it, and news can make other ways of thinking about our times feel more responsible. This fall, for example, Canadians have been jolted into worrying more about terrorism after the murders of two soldiers serving in their own country. We’ve been troubled by attacks on First Nations women, including 16-year-old Rinelle Harper, who somehow survived to be found on the banks of the Assiniboine River in Winnipeg.

Yet considering who is powerful can be a way of gaining insight into these urgent issues. On this year’s Power List—the second annual compilation by Maclean’s writers and editors of this unapologetically subjective ranking—we highlight the clout of the top Mountie, who will soon be handed new anti-terrorism powers, and two key First Nations leaders, standouts among those striving to leverage the limited power Aboriginal communities possess.

A big part of that is our annual list, which you can read here. But we’re not just naming our country’s 50 most powerful people. We’ll be adding to the package with some more pieces worth reading to get a sense of Canada’s power landscape:

— A lament for the people whose power has waned or completely vanished;
— A power vortex connecting our 50 powerful people within two degrees of Indigo CEO Heather Reisman;
— A video series to find out what power really means to some of those in our top 50;
— A look at the places where some of the year’s biggest deals went down;
— A trip to two of Ottawa’s oddest seats of power—and we don’t mean Parliament Hill.

The 2014 Maclean’s Power Issue. On newsstands and on digital platforms now.