Jesse Brown explains how the Republicans became the party of the youth ... for a day 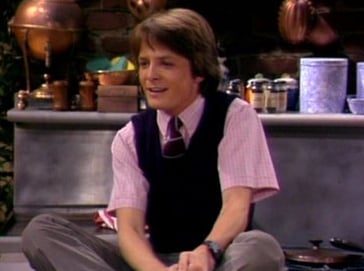 For fewer than 24 hours last weekend, the GOP had a strategy, a point and a future.  The Republican Study Committee (the conservative caucus of House Republicans) released a blazingly truthful report on copyright reform, boldly challenging main tenets of received and erroneous wisdom about intellectual property.

The report, titled “Three Myths About Copyright Law”  focused on copyright’s original intention- to benefit the public, not to compensate creators. It went on to detail the dangers of excessive copyright—that copyright is not an instrument of free markets, but is in fact  government interference in the market, an enforced regulatory scheme that creates monopolies and which can “distort” and even “destroy” entire markets.  The report was not a screed against copyright itself, but a wake-up call on just how far the concept has strayed from its original aims, and included some good ideas about how copyright might be reformed.  The report called for an expansion of “Fair Use” exceptions to copyright, punishment for false claims of infringement, and limitations on the terms of copyright protection (works originally protected for 14 years are now routinely locked up for more than a century) .

Soon after the report’s release, the copyfighting masses were shocked to attention. Online hubs like Reddit, Techdirt, and BoingBoing– never known for their conservative sympathies- published favourable posts and were soon hosting vibrant conversations among young techies bewildered by their own head-nodding with Republican positions.  Remember, more than 5 million people signed various petitions against the copyright maximizing SOPA bill.  Among these were people now re-thinking the GOP.

Then, just as word was spreading, the report was pulled from the Republican Study Committee’s website.  A retraction/apology appeared in its place, written by Paul S. Teller, Executive Director of the RSC.  Teller wrote that the report was published “without adequate review” and had “failed to meet that standard.”

Mike Masnick at Techdirt was quick to point out how silly this claim was. Reports are not published on the RSC’s site by accident. What happened, says Masnick was obvious: upon reading the report, entertainment industry lobbyists did a collective spit-take, picked up their phones, applied pressure to “friendly” Republican legislators, who in turn put the screws to the RSC.

The Republican moment of clarity, one which would have given them a powerful wedge issue with young voters while buttressing their own core economic values, will be remembered as a weekend mishap.

The original report, wiped from GOP sites, can still be read at Archive.org