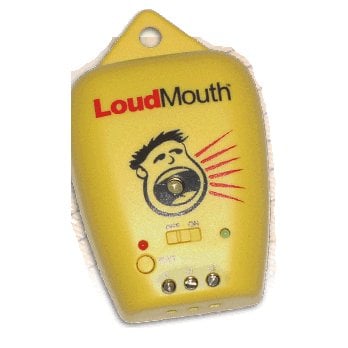 This is the first installment of DMA’s daily roundup of Quebec’s leading columnists, which will continue through this coalition business.

La Presse’s Patrick Lagacé wanders off to Calgary to do his boss’s bidding–that is to say, find out if Western Canadians are mad. His answer? Yessum. “If they were Québécois, Albertans would probably be en tabarnac,” Lagacé writes today. He chats with Alan Hallman, Ralph Klein’s former campaign manager, who unloads on the coalition government plan with great quotable gusto. Interestingly enough, it isn’t Gilles Duceppe’s merry band of separatist agitators that irritates Mr. Hallman the most. Rather, it is that the spectre of a Liberal-led coalition government looks and smells just like a return to Trudeau-era government intervention (National Energy Program, still a bone in Alberta’s throat after 28 years) and rampant Central Canada favouritism.

La Presse’s Editorialist-in-chief André Pratte, who has so far blown hot and cold on the idea of a Liberal-lead coalition government, is freaking chilly today. He points out the surprising lack of meat in the coalition accord. “The more we read this accord, the more it induces a certain malaise,” he writes today. “This is ‘a plan to remedy the economic crisis’”? It is hardly clear that this plan would react any faster or any better than the Harper government. He pooh-poohs the wording of what the accord calls a partnership ‘between Canadians and Quebecers’–“What, Quebecers aren’t Canadian now?” Pratte asks–and blasts it for being woefully vague on numbers. “In short, this accord guarantees nothing to help the economy that the Conservatives haven’t already put forth.”

Richard Martineau, furious as ever, today calls a spade a spade. (I’ll be damned if I can ever guess in which direction Richard is going to fly off.) “This week, three party leaders who were not elected by the people to lead the country decided to conspire and topple a DEMOCRATICALLY elected government,” he writes today. “If this isn’t a coup d’état, I don’t know what is.” (Also, props to Le Journal: Richard uses a word that means ‘dolphin’ ‘seal’ in French no less than three times, including once in a subhead. If only my editors were as cool…)

Le Journal’s Marco Fortier decries how the current Otta-Brouhaha [Hey, that’s pretty good!-Ed.] has descended into crass, politically motivated patriotism. He notes how the Conservatives, who broke out into a (spontaneous, I’m sure) rendition of O Canada in the hallway of the communes yesterday, have effectively become the Chrétien government, circa 1998. (Chrétien had a now-familiar habit of turning election into a national unity issue.) “Far from trying to calm nerves, the Conservatives sprayed oil on the fire in an attempt to save their own skin,” Fortier writes. “In one single day, Harper turned his back on his “open federalism” strategy towards Quebec. The days of reaching out to Quebec nationalists are over; the Conservative leader has declared war on those evil separatists.”

(There wasn’t much from Le Devoir’s marquee columnists today. Loading their guns for tomorrow’s edition, no doubt…)