Anyone reading the paper version of the Toronto Star Wednesday morning may notice something is missing — the bylines.

Reporters at the paper pulled their names off of all stories to protest coming staffing cuts to the Toronto Star newsroom, which were announced Monday in emails from publisher John Cruickshank and editor Michael Cooke. (Emails that were quickly leaked to The Globe and Mail and posted, in full, on its website.)

The paper, which is unionized, allows reporters to remove their bylines if they wish to do so as part of its collective agreement.

Here’s what the front page looked like Wednesday morning, with all of the stories written by Star reporters reading “STAR STAFF.” 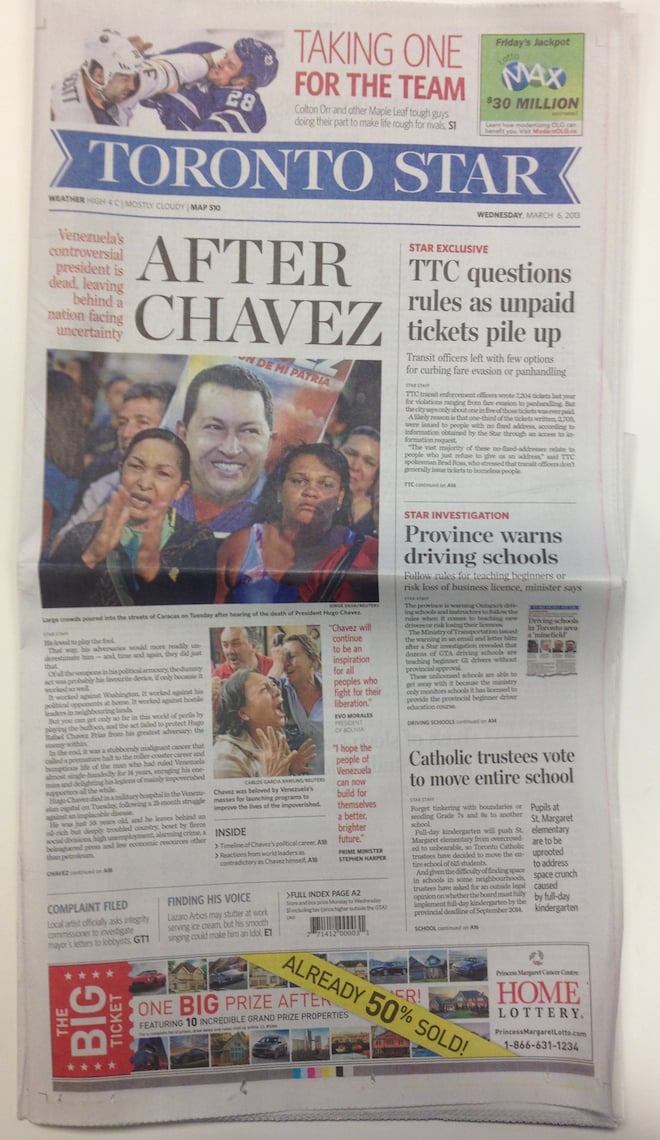 And here’s a closer view: 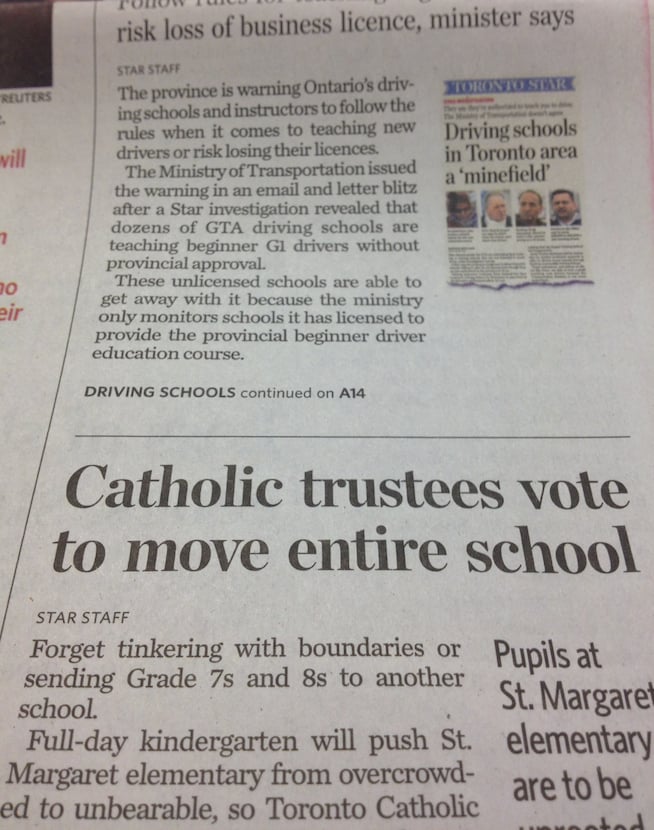 Bylines remain, however on stories posted on the Star’s website.

The move comes on the same day that Torstar, the parent company that owns the Toronto Star, released fourth-quarter results showing earnings down 62 per cent from the same quarter last year.

As part of its fourth-quarter report, Torstar also recommitted to introducing a paywall on the Toronto Star website in 2013.

“Looking forward, visibility remains limited for the Media operation. The print advertising environment remained soft in the early part of 2013. We intend to continue to be diligent in seeking out revenue opportunity across our media platform including the introduction of a paywall at the Star. We also expect to adjust the cost structure in the Media operation as we continue to adapt.

“Restructuring initiatives undertaken to date in 2013 across the Media operation are expected to yield annualized savings of $6.6 million.”