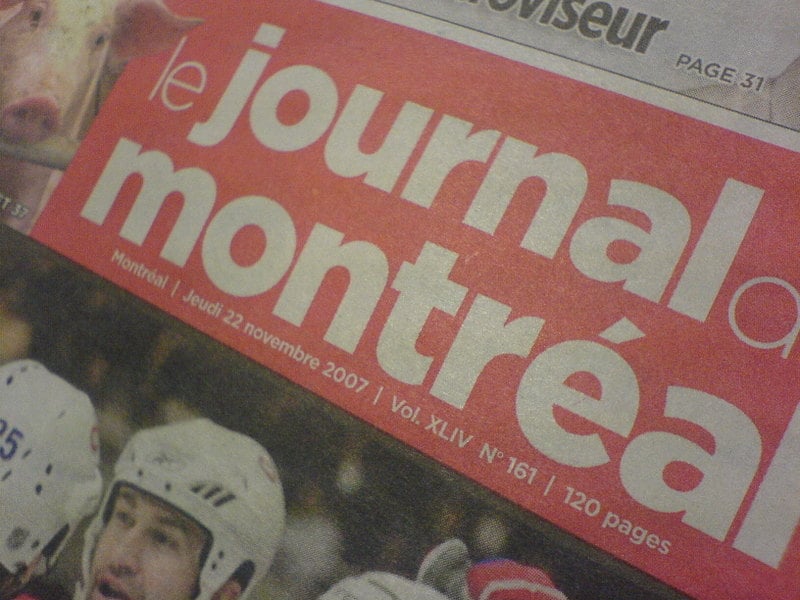 Chantal Hébert has won her bet (and she’s not too shy to gloat): Bernard Landry has dropped his column in the Journal de Montréal.

But, lest you think he might have changed his mind about crossing a virtual picket line, Landry says the ongoing lockout had (next to) nothing to do with it. The hangup, it turns out, was the fact the paper’s layout is now being done in Toronto. For shame, Québecor! Lock out your workers all you want—just don’t let those puritanical imperialists in Ontario get their grubby hands on Bernie’s favourite tabloid.

[Voir‘s Steve Proulx has a list of Landry’s fellow columnists at the JdeM who’ve stopped writing for the paper since the lock-out began, to which Gilles Proulx’s name should be added.]