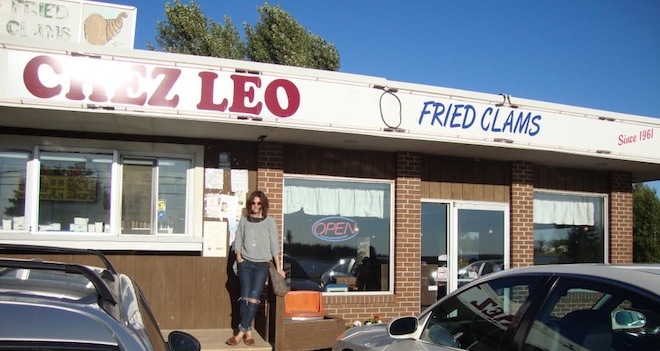 Jayme Keith outside of Chez Leo in Shediac, NB (Photograph by Melanie Keith)

People continue to tweet, email and comment about their favourite road side food stops in Canada. (Here’s the original post that invited readers to submit their suggestions.) Many have included fantastic photos (see above)–even a video or two. I think a few radio spots Maclean’s did with stations across the country–you can have a listen to my chat with Gary Doyle on 570News in Kitchener right here–helped to keep things rolling.

The most recent suggestions come by way of Manitoba, British Columbia and Nova Scotia: Special thanks to Justin Linck, who was responsible for four suggestions: Ye Olde Towne Pub in Annapolis Royal, Tastee Freeze in Bridgewater, Fletchers in Truro and A & K Lick-A-Chick in Little Bras D’Or.

We also received our first submissions for Prince Edward Island (Prince Edward Island Preserve Company, especially for the pies, cakes and pastries), Quebec (Lafleur’s restaurant near the Ville St Pierre interchange, along route 20 in Montreal, for the best fries) and the North West Territories (Winnie’s Kitchen in Enterprise, for the burgers).

And get this! A reporter from my hometown paper, The St. Thomas Times Journal, called to chat about Pit Stops. They were also able to track down the actual name of “The Doggy Place”–that road side stand of my youth that has since been torn down, mentioned in the Great Canadian Pit Stops launch. Turn’s out it was called The Polar King.

And, hey, we may be doing a segment later in the week on Breakfast Television: so please send me more photos of your favourite pit stops for a chance to see them on TV!

Keep the suggestions coming people because this INTERACTIVE WEB MAP IS NOT GOING TO BUILD ITSELF. 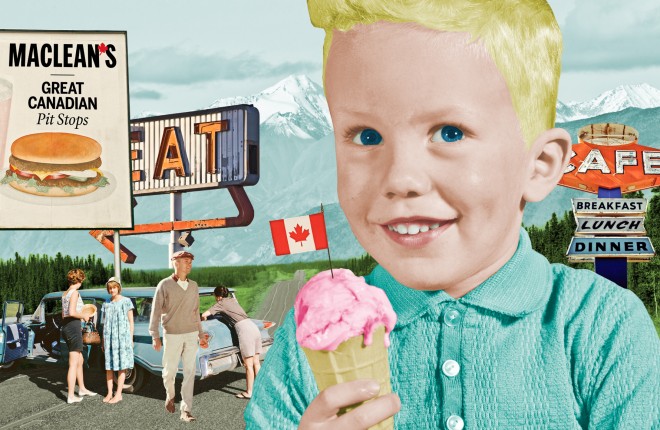