We asked for your favourite roadside food stands. Are we there yet? No, but so far, so yummy ...

My instincts were right: you’re eager to share the fantastic road side food destinations that dot this country. The best part about Great Canadian Pit Stops so far has been the little anecdotes you’ve been sending along. Tim Louman-Gardiner, for example, tweeted about The D Dutchmen Dairy in Sicamous BC: “Great ice cream and cheese curds. And a zoo. Unfortunately their llamas have recently died.”

And someone emailed me about the poutine at Grumpy’s, just outside of Ottawa: “The best part about Grumpy was if he was in a bad mood, the food was somehow that much better. Maybe that’s why they called him Grumpy. Either way, I have no idea if he’s still around or where he sets up shop, but he was amazing.”

You even tweeted photos. Keep those coming!

Weber’s, not surprisingly, the much-beloved burger place in an old train car located en route to cottage country on highway 11, was mentioned again and again. There were also other repeat shout-outs, including a chip wagon under the Bluewater Bridge in Sarnia, Ont., Peters’ Drive-In in Calgary for the best everything else, particularly the milkshakes, and La Boulangerie Aucoin in Chéticamp on the Cabot Trail, which sells amazing cupcakes for 50 cents each!

So far, we have Ontario leading the pack with the most recommendations. Nova Scotia is close behind. If we can get some more suggestions from the East Coast, Quebec, the Prairies and British Columbia–and a few from the Yukon, North West Territories and Nunavut–then think about HOW AMAZING THE INTERACTIVE MAP THAT I AM GOING TO BUILD WILL BE!

Thanks to everybody who tweeted, facebooked, emailed and commented on their favourite pit stops yesterday. Tell your mom, tell your friends and tell your colleagues to keep the suggestions rolling in. Tweet them to me here, email them to macpitstop@gmail.com, or comment below. 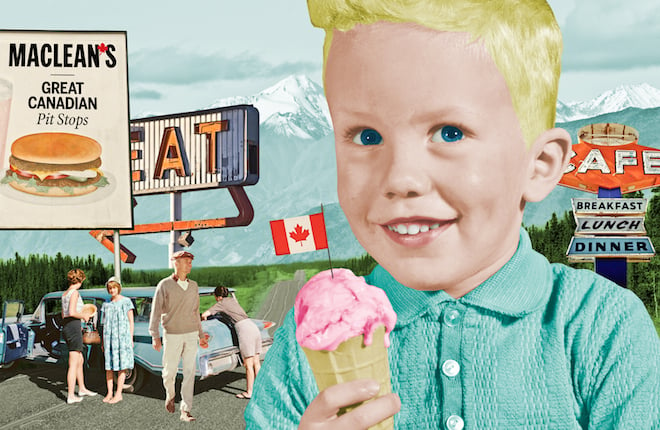