What we know about Navy Yard shooter Aaron Alexis

The former naval reservist was discharged in 2011 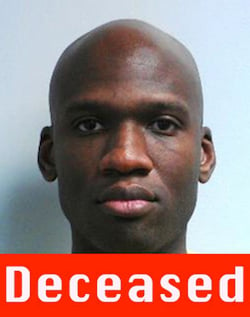 On Monday morning, a man armed with an assault rifle, a shotgun and a handgun drove his rental car onto the Navy Yard, the main administration complex for the U.S. Navy in Washington, D.C. He shot two people outside, before he made his way to the fourth floor of Building 197, the Sea Systems Command headquarters, where he opened fire on employees in the first-floor cafeteria area below. About 3,000 people work in the building and some of them were sitting down for breakfast in an atrium area when the shooting began around 8:20 a.m.

The shooter was killed in an altercation with police, but not before 12 others lost their lives and three others were wounded, including a city police officer. Those killed are all civilians.

FBI identified the shooter Monday afternoon as ex-naval reservist Aaron Alexis, 34, who grew up in New York and had most recently lived in Fort Worth, Texas.

Here is what is known about Alexis on the day after the shooting:

He was a reservist in the navy from 2001 to early 2011. He was posted to a naval unit in Fort Worth, Texas, working as an aviation electrician’s mate. He achieved the rank of petty officer third class, one rank about the entry rank of seaman.

He was discharged for a “pattern of misbehavior.” Though there are no official details on what exactly this behaviour entailed, a source, speaking on the condition of anonymity, told The Washington Post that a gun conviction in 2010 played into his discharge. The Washington Post also notes that Alexis was given a “general discharge,” which isn’t an honourable way to get out of the Forces.

He was working for military subcontractor The Experts. The company was tasked with updating military computer systems. Notably, this subcontractor job meant Alexis gained access to the Navy Yard using the personal security pass that he had been issued as a contractor.

Alexis had a previous criminal record. The New York Times reports Alexis had two previous arrests related to weapons. The first arrest came in Seattle in 2004. A police report says Alexis shot out another man’s tires with a .45-caliber pistol and fired a shot into the air. The report says Alexis was angry and had a “blackout,” reports CNN. He was not charged for that incident. In 2010, a police report indicates that Alexis was arrested again after shooting a gun in response to a dispute with a female neighbour in a Fort Worth, Texas parking lot. The Washington Post reports a third arrest in 2008 in Georgia for disorderly conduct. There are no further details of this arrest and no apparent charges.

He was being treated for mental heath issues. Law enforcement officers told the Associated Press that Alexis was suffering from paranoia and sleep disorders and that he heard voices. Since August, he had been treated by Veterans Administration for these heath issues, reports AP.

He may have had a beef about payment. A former roommate told CNN that Alexis was frustrated with his employer and felt that he was still owed money for an overseas trip to Japan in the previous year.