Why it's worth paying attention to the PQ's demands

“They don’t make much sense, but they may not have to” 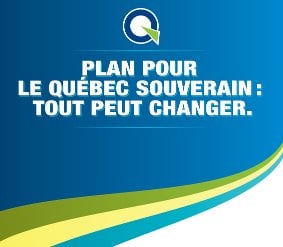 It didn’t take long for federalists to jump on the glaring contradiction that forms the basis of Pauline Marois’s “Plan pour le Québec souverain“: If asking for more powers for Quebec is merely a prelude to a successful campaign for out-and-out separation, as its very title indicates, why would anyone in Ottawa accept to play along? (For the record, Marois wants Ottawa to give up control of taxation, immigration, broadcast communications, the environment, and agriculture to the province.) Chantal Hébert draws perhaps the best illustration of the absurdity of it all:

It is, in a sense, the opposite of the beau risque. Twenty-five years ago, René Lévesque invited sovereigntists to play the federalist game. Today, the PQ leader is inviting Canada to play the sovereigntist game.

In cruder terms, it’s the equivalent of having your wife ask you to pick up the tab for a date with her boyfriend (or vice versa). That may seem weird, but a lot of weird things happen in dysfunctional relationships. Desperate and confused spouses do desperate and confused things as a matter of routine—and it would be a stretch to describe the Conservatives’ or the Liberals’ relationship with Quebec without using either of those two adjectives. The fact that logic dictates Marois shouldn’t get anywhere with this hardly means she won’t.

This piece in Le Devoir might contain some clues as to what Marois has up her sleeve. Sometime PQ advisor Jean-François Lisée makes two key points: (1) Ignatieff has already said he won’t hand over more powers to Quebec, but calling him on it could eventually frustrate or embarrass his caucus; (2) the proposal looks suspiciously like the ADQ’s program for autonomy.

Now, that last one’s a little more oblique, but it’s worth remembering just how closely Harper’s been working with the ADQ these days. Check out the guestlist at the party’s “we’re not dead, pass it on”-shindig in Montreal a couple of weeks ago, for example: Mario Dumont, Leo Housakos, Myriam Taschereau, Christian Paradis, Josée Verner, and a bunch of other current or former adéquistes. The PQ appears to be gambling that it’s going to be mighty hard for the Conservative-ADQ bloc to abandon the constitutional territory they’ve been defending for most of their political lives when Marois comes knocking.

In short, Marois figures she’s got both potential prime ministers in a bind with her demands and can use them to shore up the sovereigntist vote in the meantime.

Of course, she won’t be in a position to do much until Charest calls an election, which may not happen before 2013. But that’s never stopped anyone, especially the PQ, from muddying the constitutional waters until then.