Workers of the World Unite 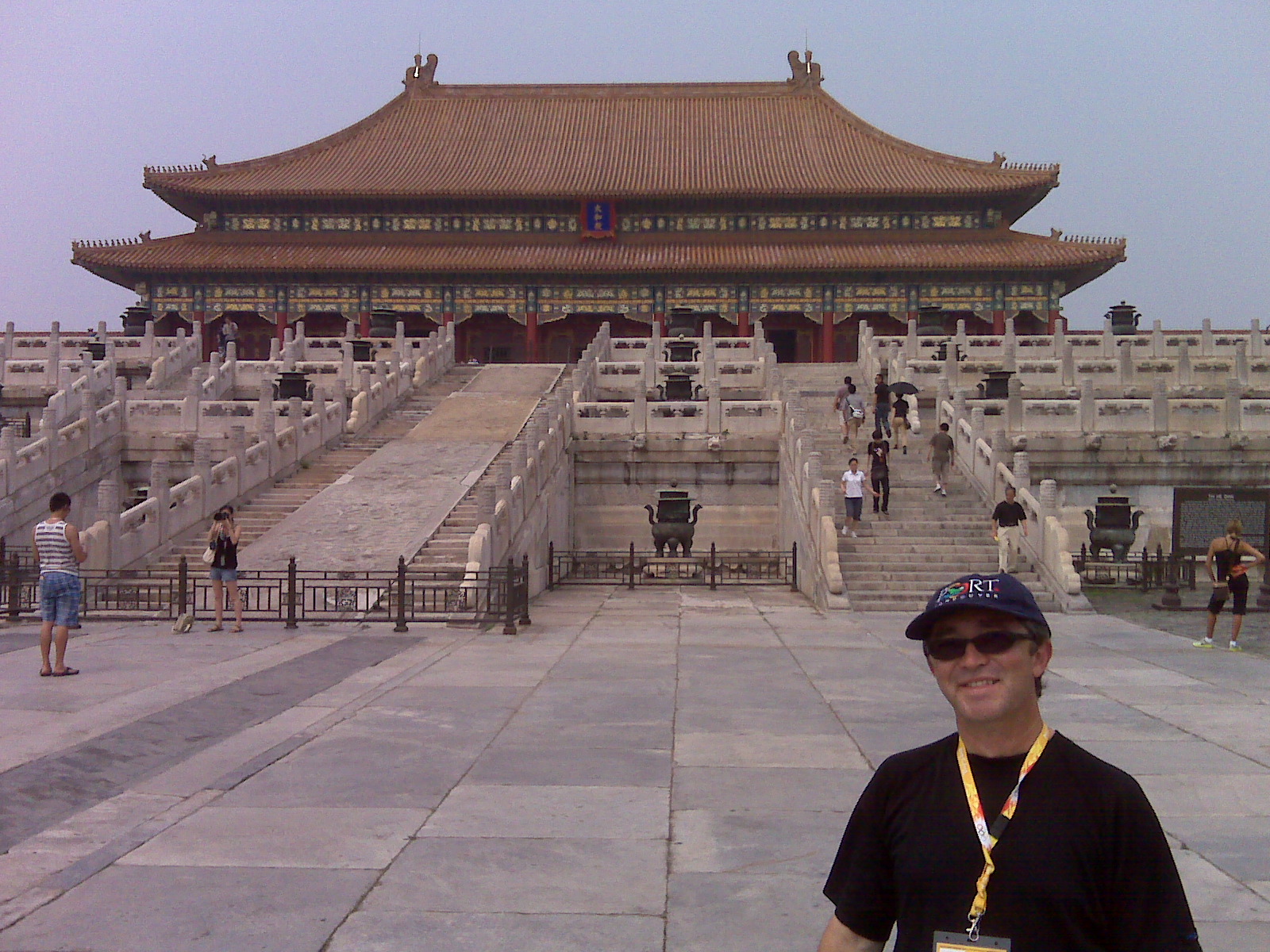 Friday was a smokin’ hot day for Team Maclean’s. Our Long March (to coin a phrase) didn’t get Gatehouse and I to the sealed-off Tiananmen Square, but we did get to the Forbidden City. See, here’s the proof. You could spend days wandering through this magnificent place. In fact, the Ming and Qing dynasties of emperors spent some 500 years here, topping themselves with ever more magnificent buildings and gardens. Work ethic did not seem to factor into their lives. The many gates and buildings go by names like Supreme Harmony Gate, Hall of Preserving Harmony and Gate of Heavenly Peace. Nowhere did I see Sweatshop of Ceaseless Toil, or Hall of the Common Man. It was a paradise, moated and walled off from the peasant populace, and for good reason. Why if the oppressed men and women of China had ever found out about all the riches squandered there, one expects they would have risen as one to stage a revolution, seize the means of production, and go all commie. Just saying, it could have happened….

Friday evening was devoted, of course, to the opening ceremonies of the Games. You will have already seen the event on TV. You and four billion others. Let me just say this: they were a masterpiece of grace, precision and fun, the best ceremonies I have seen in the six Olympics I’ve attended.

Let me add one thing, though, from today’s China Daily. It comes from the much-relieved torch maker, Huang Qijun. All was going well in the design of his gas-fired torches until he heard how the Olympic caldron would be lit—you know, by an Olympic champion running across the sky on a circuit high above the Bird Nest stadium. “I was shocked. The way the cauldron was lit was extremely risky,” he said sharing his doubts after the fact. “I don’t think the [show’s designers] ever considered the possibility that the torch’s flame might go out.” You can bet Mr. Huang did, though. He conducted hundreds of simulated wind-tunnel tests, loaded it with extra gas and sweated buckets until the caldron was aflame. The stakes were enormous. In many respects, Mr. Huang won China it’s first gold of the Games.