How Canada fought its last battle in the First World War

Canada's war finally ended in Mons, Belgium, the scene of the first skirmishes between British and German troops in 1914. 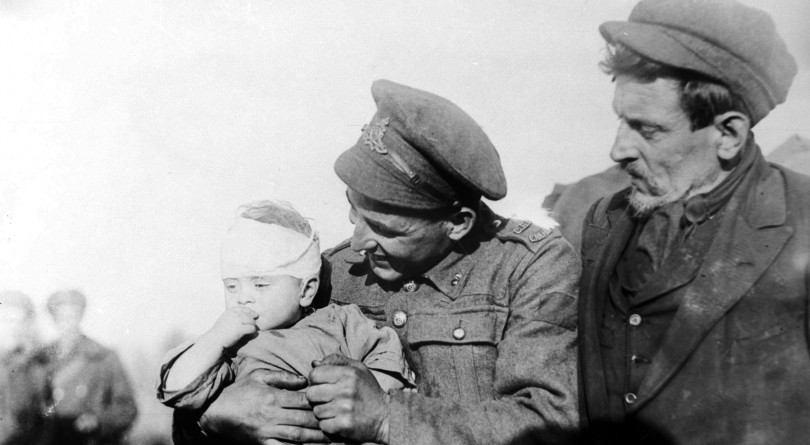 In this undated file photo, a World War I Canadian soldier, centre, comforts a Belgian child whose mother was killed by an enemy shell in Mons, Belgium. The child, who was in its mother's arms, was wounded in the attack. The father is seen at right. (AP/CP)

The First World War concluded on Nov. 11, 1918. In commemoration of its 100th anniversary, Maclean’s asked renowned historian J.L. Granatstein to tell the story of Canada’s final push to the end of the war, known as the Hundred Days. Read those dispatches here.

The Germans were in full retreat by late October, though they had one defensive line remaining in France, centred on the Scheldt River and the city of Valenciennes. Orders from the War Office, fully aware of the Germans’ increasingly urgent attempts to get an armistice, but fearing trickery, were to continue the advance with “all the vigour you consider safe or possible.” The British Expeditionary Force Headquarters thus informed its senior commanders that the German was not yet “sufficiently beaten as to cause him to accept an ignominious peace.” After four years of war, no one in the High Command, or in the ranks, trusted the enemy. The attacks had to be continued.

Very close to the Belgian border, Valenciennes, held by three divisions of infantry, was the last major German stronghold in northern France. Mont Houy, the high point dominating the city of 36,000, had been attacked by British troops in late October, but the attempt failed. The Canadians were to try again on Nov. 1.

READ MORE: Why we’re honouring 66,349 Canadians who died in the First World War

Lt.-Gen. Sir Arthur Currie’s plan aimed to minimize Canadian casualties by employing massive artillery resources. The orders for the guns were drawn up by Brig.-Gen. Andrew McNaughton and his staff officer Lt.-Col. Harry Crerar, two men who would successively command the First Canadian Army in the Second World War. They had more than two dozen artillery brigades pouring explosives and smoke on the hill as a single brigade of Canadian infantry made the assault at 5:15 a.m. The enormous weight of gunfire, augmented by the fire of 72 machine guns, “stupefied” the Germans, who suffered heavily, and the Canadians’ 10th Brigade seized the hill with relatively light casualties. By the next evening, the city was in Canadian hands.

The enemy now fled over the Belgian border, pursued by British and Canadian troops. “The Hun has been hiking for home so fast,” one officer wrote to Canada, “that at times it was hard for us to keep up.” The German tactics now were simple, but effective. Soldiers looted everything they could and destroyed what could not be carted away. Machine-gun teams, left behind to slow the advance, forced the Canadians to deploy to eliminate the gun. The German machine gunners, picked men all, frequently fought to the death. 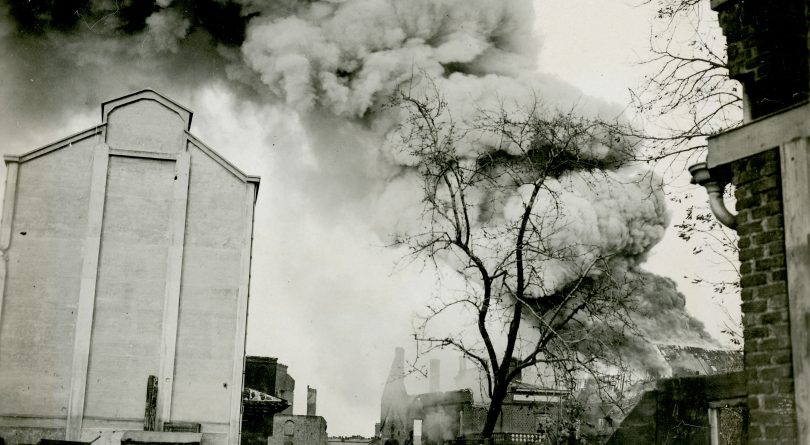 By Nov. 9, the retreat had reached Mons, Belgium, the scene of the first encounter between British troops and the German invaders in August 1914. Here resistance stiffened, and Currie’s orders were to keep the pressure on the enemy. Everyone knew that the armistice discussions continued, but all still feared a trick. As late as Nov. 7, one Canadian infantry officer said, “We didn’t know what to believe,” and two days later he added that, “We got so we expected nothing, and weren’t going to be fooled.” Still, no soldier wanted to be the last man to die, and when Currie issued orders to seize Mons, some soldiers were furious. “The war’s over tomorrow and everybody knows it,” a soldier cursed. “What kind of rot is this?”

The first Canadian troops made their way into Mons by 11 p.m. on Nov. 10, and the sleeping Belgians only realized they had been liberated when the pipes and drums of the 42nd Battalion woke them up at 7 a.m. on Nov. 11.

One hour before, Currie’s headquarters had received definitive word that the armistice was to come into effect at 11 a.m., the 11th hour of the 11th day of the 11th month. A few minutes before the guns ceased firing, Pte. George Price, a 28-year-old conscript from Nova Scotia, was killed by a single shot to the heart as his platoon moved through a Mons suburb. Price was the last British Empire soldier to die in the Great War.

The war was over and the Germans had been defeated in the field by the Allies. The Canadian Corps had played an extraordinary role from Aug. 8 at Amiens to Nov. 11 at Mons, defeating, as Currie said, one-quarter of the German army on the Western Front. But the cost had been 45,835 casualties, almost 20 per cent of the Canadians killed, wounded or captured in the war. There were almost 48,000 infantry in the 48 battalions of the Corps, and the casualties, as always falling heaviest on the foot soldiers, almost equalled the complement of the units. Reinforcements had kept the Canadians going. But now, the men slowly grasped that they had survived and would be going home to Canada. Peace at last.