Attawapiskat: Re-examining a community through photos

David Maurice Smith, who takes over our Instagram account, went to Attawapiskat to see a town largely known through crisis

Home to the Swampy Cree First Nations people, the rural Canadian community of Attawapiskat in Ontario reached a tragic tipping point in 2016. Nestled on the winding banks of the Attawapiskat river, the town of approximately 2,000 residents declared a formal state of emergency in response to an overwhelming surge of attempted suicides, momentarily grabbing the attention of the Canadian people.

With the support of a grant from the Pulitzer Centre on Crisis Reporting, photographer David Maurice Smith—the latest photographer to take over Maclean’s Instagram account, from April 1 to April 7—travelled to Attawapiskat with the intention of showing the community in a broader cultural context, one that could help Canadians to see beyond the crisis itself and understand more about the lives of the town’s residents. The serious challenges facing First Nations towns like Attawapiskat have essentially become the narrative, leading to an erosion of empathy from outsiders and a lack of appreciation of the richness and resiliency of these communities. Properly understanding the serious issues facing First Nations people requires a re-contextualizing—a shared focus not only on the struggle, but also on the culture and universal human values of the Attawapiskat Nation.

While addressing the complex challenges that exist, Smith’s project People of the Parting Rocks (the translation of “Attawapiskat” in Cree) also reveals slices of life in Attawapiskat that are largely overlooked: the enduring bonds of family, a connection to the land, the resurrection of traditional practices and the raw natural beauty of the region. “If we continue to stereotype Native communities as lost causes, we perpetuate a divide,” says Smith. “It is damaging to focus on only the most destitute and deplorable conditions for the sake of furthering a narrative that does not tell the whole story and leaves little room for healing.” Follow Maclean’s on Instagram for more photos from Smith, as well as other photographer takeovers and other spectacular images from our magazine.

(All photographs and captions come from David Maurice Smith.)

In April of 2016 the remote Canadian Cree First Nations community of Attawapiskat declared a state of emergency after it endured a severe suicide crisis. With the support of a grant from the Pulitzer Center photographer David Maurice Smith travelled to Attawapiskat to try and place the crisis in a cultural context and help Canadians to understand more about the people of Attawapiskat and the lives they lead than simply the crisis itself. 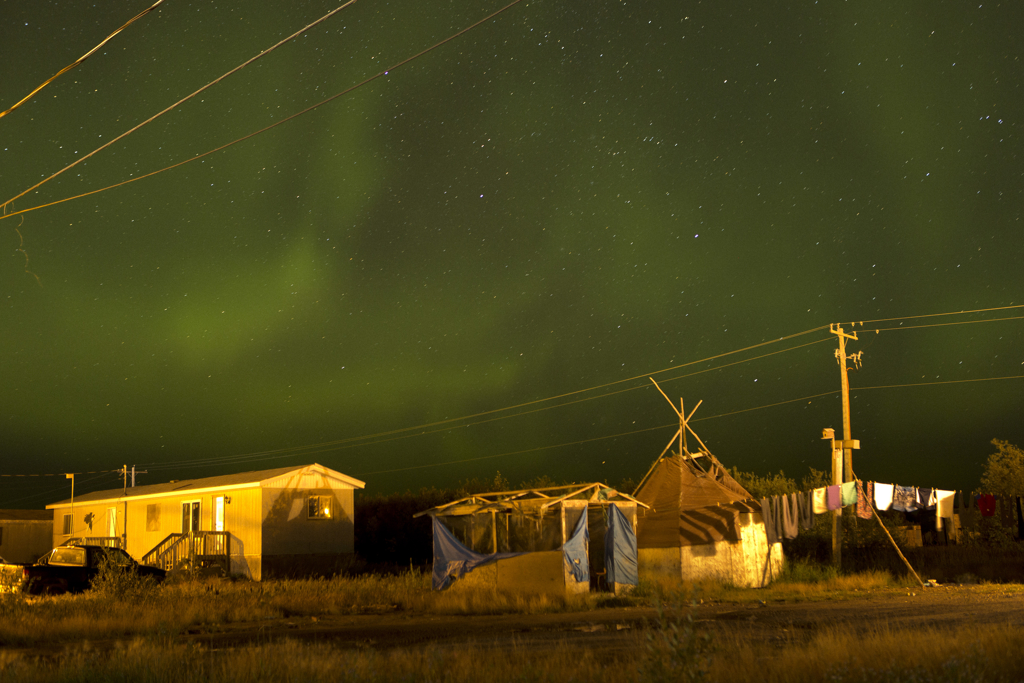 The Northern lights, almost overpowering in their physical beauty, fill the night sky over Attawapiskat. Cree legends state that the lights are spirits of the ancestors celebrating life and showing the living that they are all part of creation. Their dancing forms a laneway for the souls as they travel to the next realm. It is said that when Cree are living the right way and conducting ceremonies and dances, the spirits of Cree ancestors celebrate in the heavens. August 27, 2016.