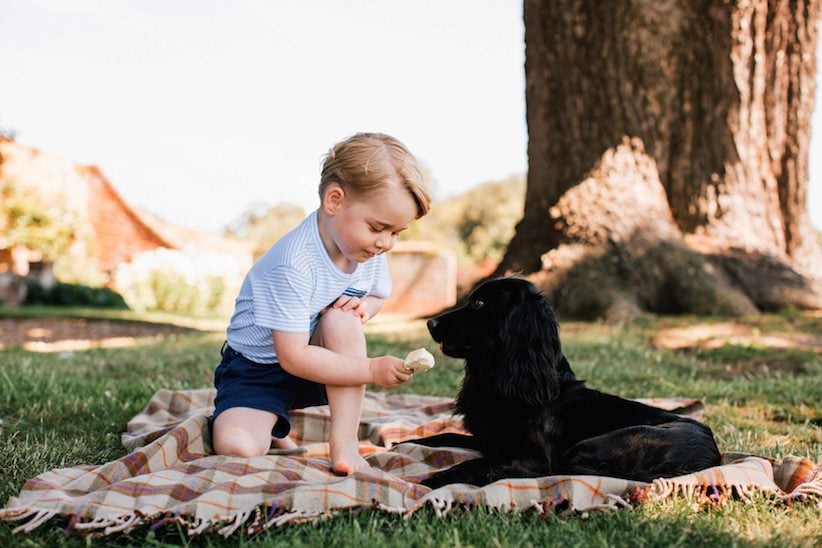 Recent but undated handout photo issued on Friday July 22, 2016 by William and Kate, the Duke and Duchess of Cambridge, of Britain’s Prince George with the family dog Lupo, at Sandringham in Norfolk, England. Prince George celebrates his third birthday on July 22, 2016. (Matt Porteous/Handout via AP)

His father calls him a “little ruffian,” his mother regularly takes him to zoos, parks and museums (the 3D sculptures at the Natural History Museum are favorites). He feeds ducks in ponds, and runs around with the boundless energy of youth. He’s learning to count and is working on his ABCs at the Montessori near his family’s country home in Norfolk that he’s attended since January.

As with most three-year-olds, Prince George goes, non-stop. He’s so obsessed with aircraft that his parents, Prince William and Kate, duchess of Cambridge, took him to the Royal Air Force Tattoo in Gloucestershire recently where he climbed in and out of an amazing number of planes and helicopters, happily wearing ear defenders to ward off the noise of an airfield. He could have stayed for hours and hours. 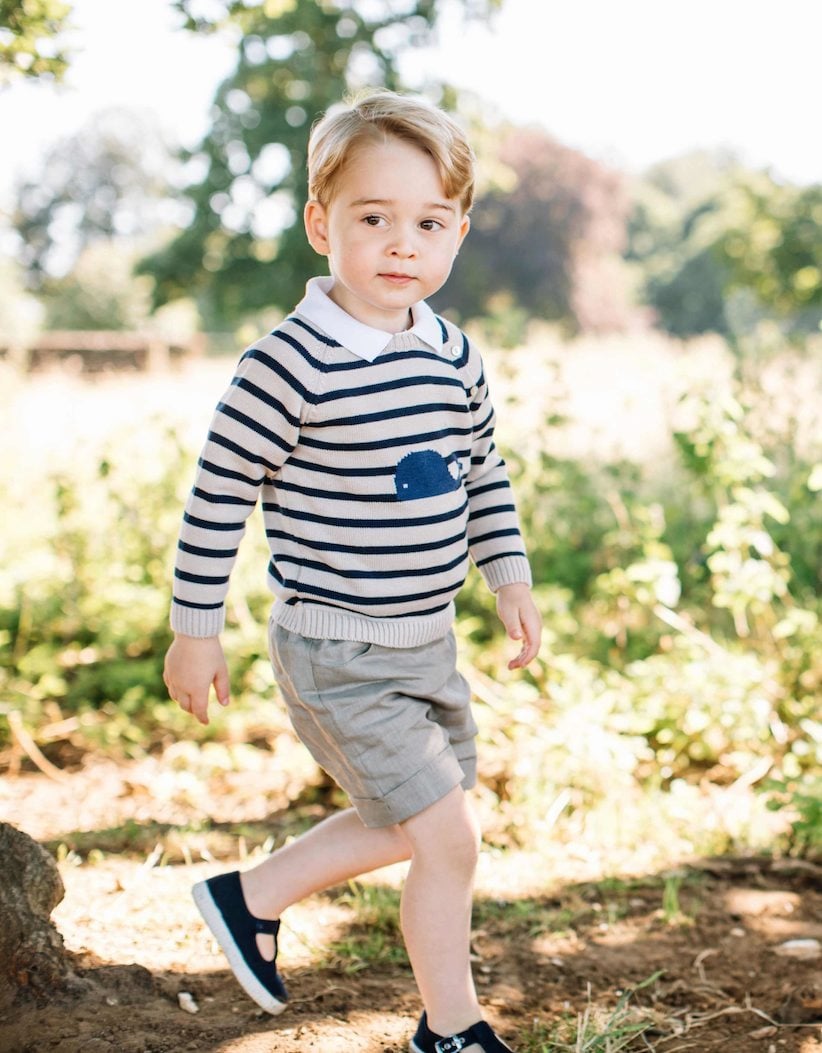 In other words, Prince George is a typical little boy. Except he isn’t.

There are birthdays, then there are royal birthdays. For Prince George, third in line to the throne, each anniversary of his birth on July 22, 2013, will be marked by an increasing amount of publicity as he inches closer to the throne. In the not-too-distant future, he’ll get a 62-gun salute at the Tower of London. And perhaps a biography or documentary about his life. Now, since the royal family is known to be frugal at big events (Christmas presents include homemade jams or gag gifts), Prince George’s third birthday is likely to be marked by a cake and a family party.

Nothing too extravagant, nothing too Kardashian, nothing that will appear later on social media.

That official royal event at the air show was a first for George in Britain; previous appearances have been at family events, including the birth of his little sister, Charlotte, and the annual family reunion on the balcony of Buckingham Palace for Trooping the Colour each June. Because interest in the royals is so intense, Windsor children are largely kept out of the public eye and allowed to have as normal a childhood as possible. Milestones—birthdays, Christmases and Gan-Gan’s 90th birthday—are marked by the release of new images. They are usually excluded from all but the most personal family events that would attract media or spectators. Indeed, only in recent years has Prince Edward and Sophie’s children, Louise, 12, and James, 8, regularly attended big royal events, such as a service at St. Paul’s Cathedral for the Queen’s birthday. 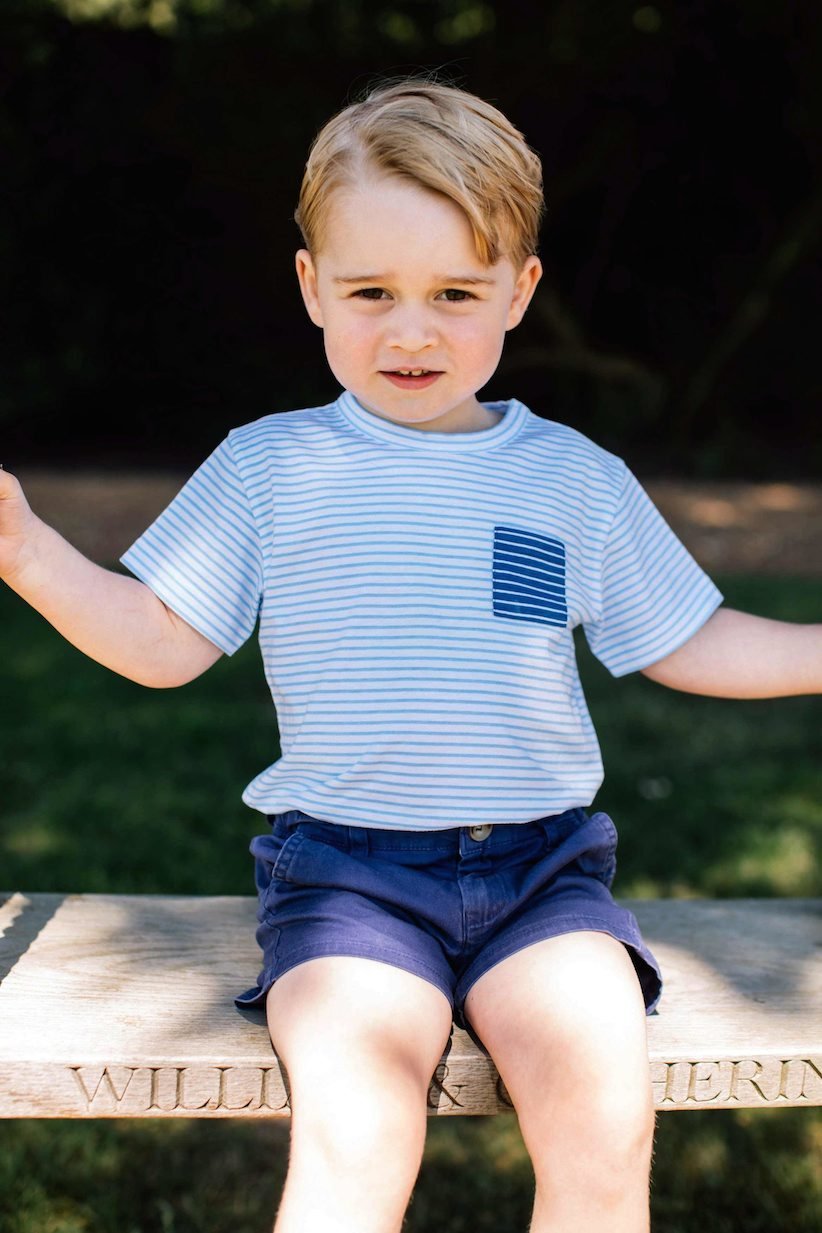 Recent but undated handout photo issued on Friday July 22, 2016 by William and Kate, the Duke and Duchess of Cambridge, of Britain’s Prince George at Sandringham in Norfolk, England, who celebrates his third birthday on July 22. (Matt Porteous/Handout via AP)

The tacit agreement between royal officials and the mainstream media is that there will be enough official images to staunch demand—no one can satisfy it—and in return, the media won’t use paparazzi snaps. (Some publications, including tabloids based in Australia and Europe, regularly pay for pictures of the children playing in parks, or going for walks with their nanny.) In their quest to keep their children’s early years private, William and Kate have rewritten that agreement. Only a few pre-approved photographs are released in milestones, never video. Indeed they appear to be limiting video to once-yearly events. George’s appearance at the tattoo was his first appearance before the press since Charlotte’s birth and christening in the summer of 2015. Before that, he hadn’t been seen at an officially sanctioned event since his parents’ trip to Australia and New Zealand in 2014, and before that, his own christening in 2013. (Kate and William have taken him a few times to polo matches, where the press is allowed to snap images, from a distance, but those aren’t sanctioned events.)

As he turns three and tests boundaries, it will be interesting to see how his parents balance demands from their son to go to fun places with their quest for privacy. For now, however, he’s a little boy, having fun and eating cake. 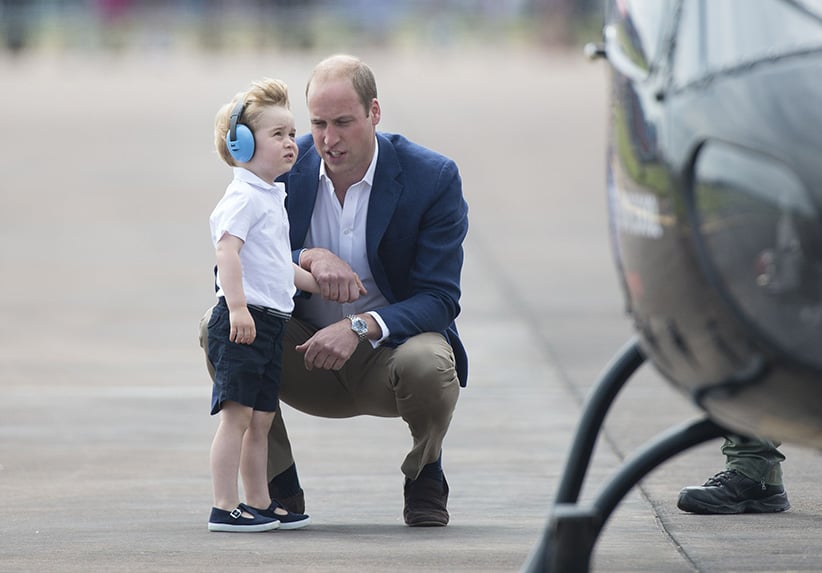