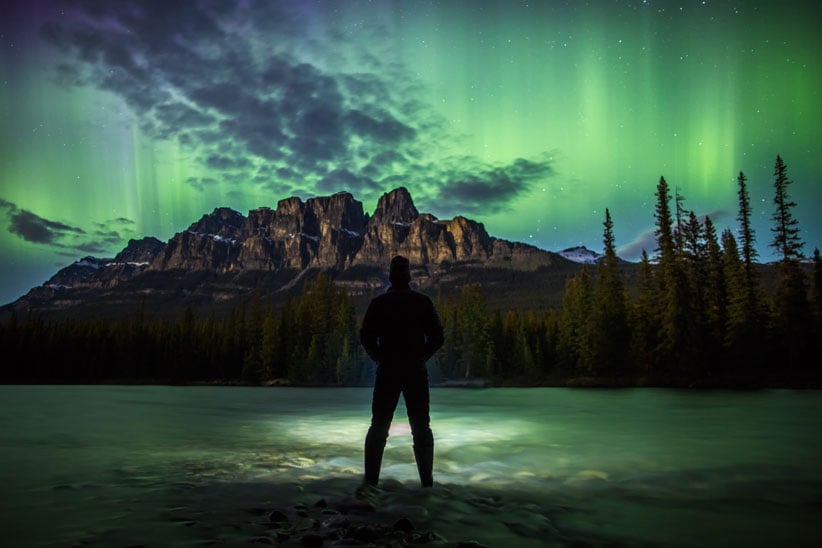 For years, Paul Zizka used to dislike photos of the wilderness if there was a human element to them. No people. No buildings. But then, on a picturesque winter’s night walking alone along the shore of Lake Minnewanka, Alta., Zizka just couldn’t find the perfect foreground. So, he put himself in the picture. What he discovered was that the photo told an entirely different story. “Sometimes, if you include a person, you can convey a sense of vulnerability,” he says from his home in Banff, Alta. “It makes some people think: ‘That’s the last place I’d want to be.’ Or sometimes it’s: ‘That’s the first place I’d want to be.’ A moment of bliss in the mountains.”

Before taking any self-portraits, Zizka will shoot the entire scene without any man or man-made elements. Then, once he’s done with his nature shots, he’ll jump on the other side of the lens and get creative. Rarely will you see Zizka’s face in his self-portraits, however. “It would make the image more about me,” he says, “than the magic of having a person there, part of nature.”

It can be lonely work. The wind is howling. The mountains can be intimidating. And how many people are willing to venture out alone into the cold winter’s night and wait for hours for that perfect background to shoot? “You hear the odd noise in the bush and you know there’s nobody around for kilometres,” he says. “It can be a bit daunting.” He has pictures to prove it.