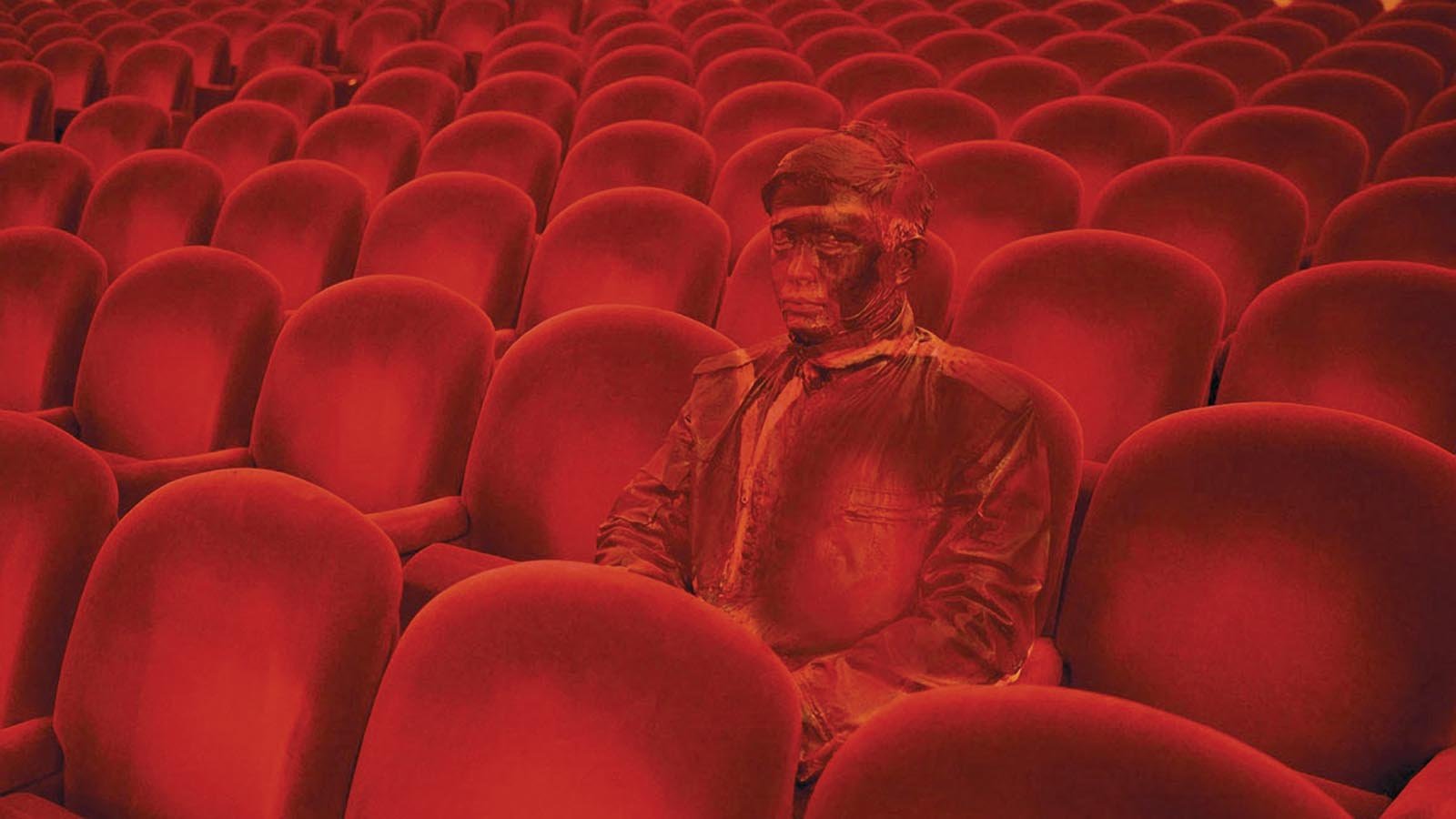 In late 2005, Liu Bolin’s art studio in the small village of Suojiacun, China, was bulldozed to make way for Beijing Olympic development. Frustrated, but feeling very much David to big industry’s Goliath, Bolin covered himself with paint and climbed onto the ruins to snap a picture of  himself  hiding in plain sight. He began to focus on protests. He made pieces like Laid Off, showing workers painted to blend in against the factory that fired them, or Made in China, where he camouflaged himself against a shelf of Disney toys. He’s since become more interested in how an individual relates to environments, painting himself into landmarks, street art and a store’s produce aisle. It’s earned him the nickname “The Invisible Man.” “In my world of art, people exist as individuals; they are quite weak,” he says from Beijing.

When starting a new piece, Bolin gets his photo taken in front of his chosen backdrop and painstakingly maps out perspective and angle for the perfect disappearing act. He will stand still for hours as assistants paint his clothes, skin and hair, taking constant photos of the progress. He’s tried different methods to make sure he doesn’t absorb too many toxins from the paint, such as saturating himself in oil first. Still, after painting himself into nearly 200 pieces, his skin gets inflamed. But he accepts that he chose this fate, saying it’s like “death in the snow for a mountain climber.” 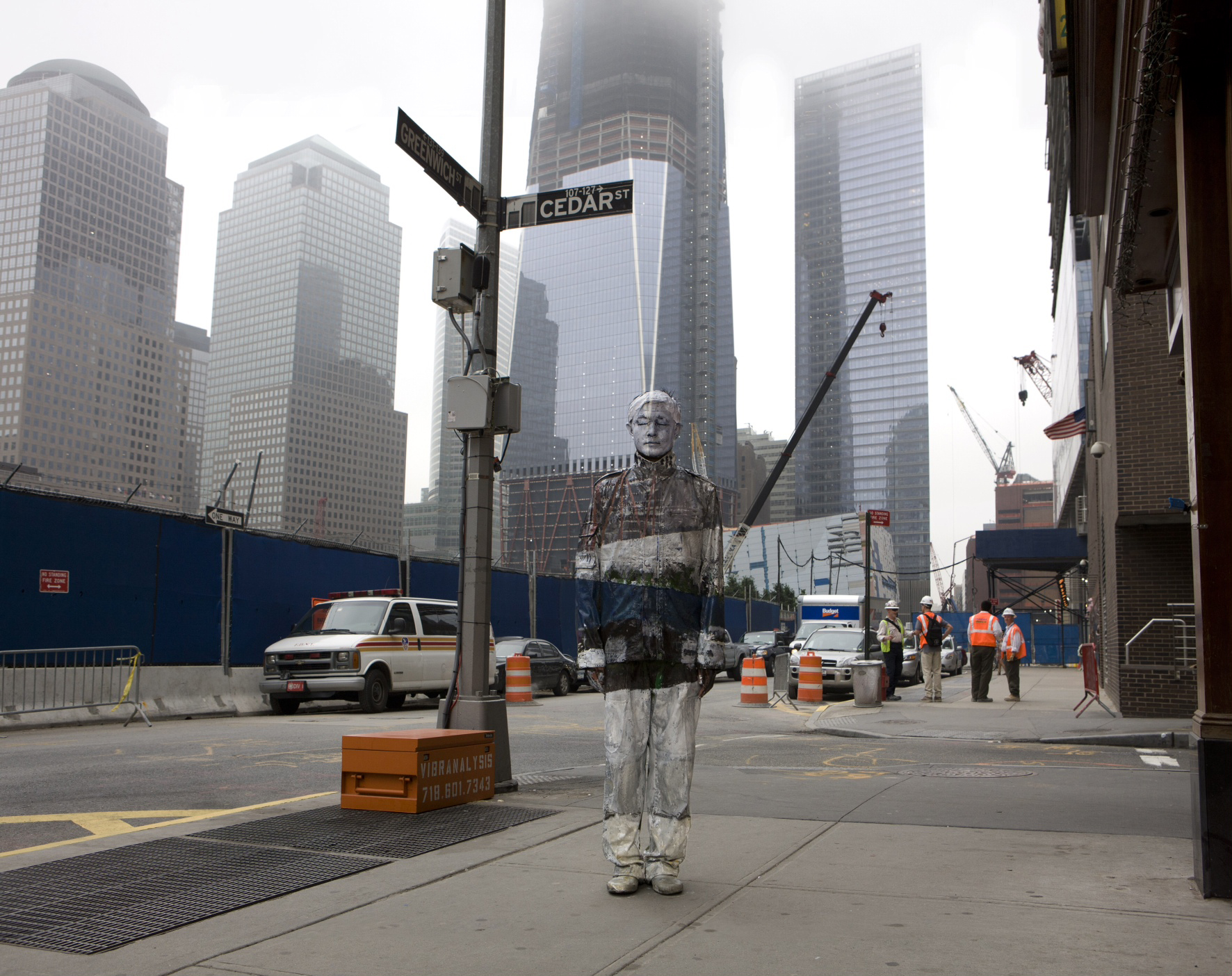 'Ground Zero' by Liu Bolin in New York City: Standing in front of the new Freedom Tower, which replaced the Twin Towers that were destroyed by the 9/11 terror attack, the Chinese camouflage artist looked barely visible.